the word for the inability to find the right word,
leads me to self-diagnose: onomatomaniac. It's not
the 20 volume OED, I need,
nor Dr. Roget's book, which offers
equals only, never discovery.
I accept the fallibility of language,
its spastic elasticity,
its jake-leg, as well as prima ballerina, dances.
I accept that language
can be manipulated towards deceit
(ex.: The Mahatmapropaganda, i.e., Goebbels);
I accept, and mourn, though not a lot,
the loss of the dash/semi-colon pair.
It's the sound of a pause unlike no other pause.
And when the words are tedious
and tedious also their order--sew me up
in a rug and toss me in the sea!
Language is dying, the novel is dying, poetry
is a corpse colder than the Ice Man,
they've all been dying for thousands of years,
yet people still write, people still read,
and everyone knows that nothing is really real
until it is written.
Until it is written!
Even those who cannot read
know that.

From Poets.org's Poem-A-Day on Friday, this lovely piece, about which Lux says, "I was annoyed by one of the occasional poetry-is-dead articles...I refute that notion."

We're watching the Olympics so there may be some rather distracted posts for the next couple of weeks. (If I ever thought perhaps we should boycott, The Book Thief and the Hitler Youth boy who desperately wanted to be Jesse Owens changed my mind; we need our gay athletes to have the support to excel.) We all watched the skating live in the morning; then we went out to Carderock, where the Potomac River was pretty high and the path was pretty muddy, but the weather was beautiful and we had a beautiful view of the waterfall at Scott's Run from across the river: 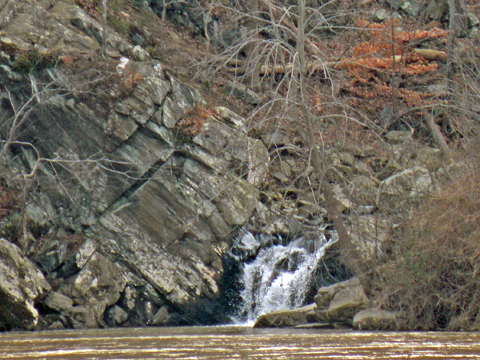 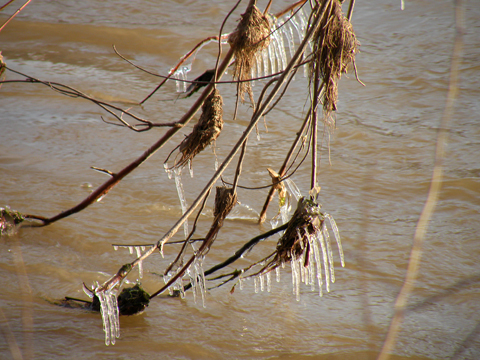 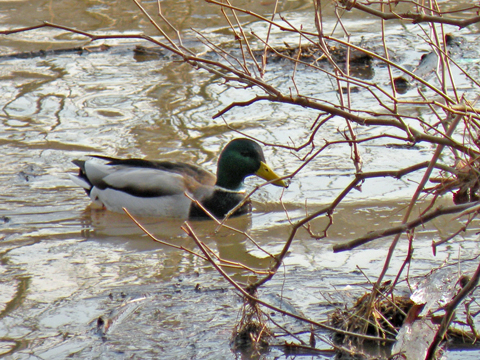 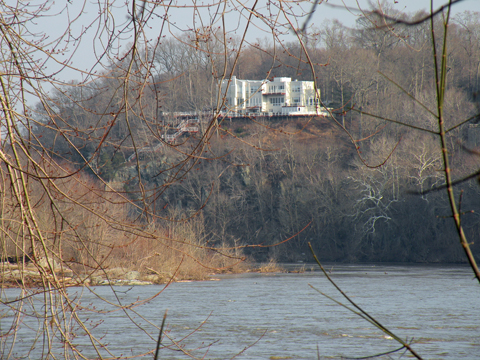 We had butternut squash lasagna for dinner courtesy Paul, then in the evening Adam's friend Daniel W came over and watched the Olympics with us for a while -- some of the skating we'd seen before and some skiing and snowboarding events we had not. I always get briefly excited about skating during the Olympics, then get annoyed about some seemingly arbitrary or fixed score and don't pay much attention during the intervening years. (Doesn't have to be Americans; my all-time favorite skaters are British and Russian.) Lots of people skating to Les Mis makes me smile!
Posted by littlereview at 12:11 AM