Posted by littlereview at 10:16 AM No comments:

Full Length of the River

Am back from a lovely afternoon on the far side of the river with my in-laws. It was gorgeous out -- must have been close to 60 -- and even the dog was in the mood for hiking. 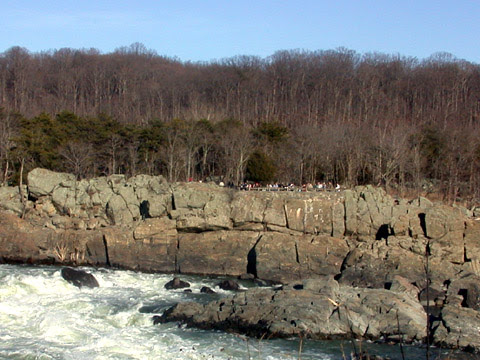 The Maryland side of Great Falls, seen from the Virginia side. 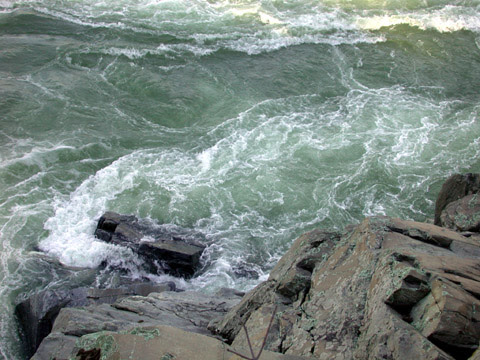 Whirlpool in the Potomac River. 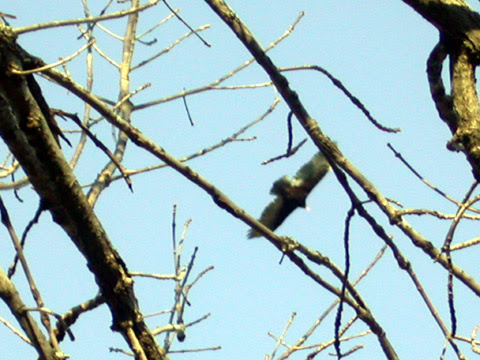 The vultures don't care which side of the river they're on. 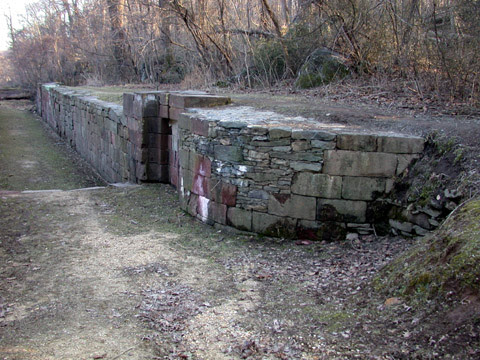 The remains of the old canal, Matildaville.

Probably everyone already knows this but Viggo Mortensen is on the cover of tomorrow's Parade magazine, distributed in lots of newspapers in the U.S. (including The Washington Post where I got it). Good to see he's still avoiding publicity. *g* They also pick ROTK as a shoo-in for Best Picture tomorrow night.

Will now go make some attempt to answer the pile of comments and e-mails I haven't gotten to all week.
Posted by littlereview at 8:33 PM No comments:

I've been adding to that collection of articles, reviews and commentary on The Passion as people bring things to my attention. If you're interested, and you haven't looked in a couple of days, check out Christopher Hitchens' and Mary Gordon's essays from Slate and The New York Times respectively (they're on my earlier page too, but broken up into parts based on LiveJournal's maximum number of characters in comments). The Hitchens is here and the Gordon is here. Also,
Posted by littlereview at 11:07 AM No comments:

There was a meeting tonight for all the families of kids who are going to become Bar or Bat Mitzvah in 2006 to introduce them and us to their Torah portions. They sat everyone according to parshas, so we were with people we had never met before -- one from the Thursday Hebrew class at the suburban center where our son goes to school, the other from the downtown Hebrew school at the Temple (and both way wealthier than us -- one mother out of town skiing in Switzerland, one with daughters in very expensive, exclusive preppy schools and hair the size of Switzerland). It's hard to give kids a crash course in the Torah while everyone is fighting over greasy chicken and not enough grape juice and no dessert. If our younger one had not brought his GameBoy, thus distracting both himself and his best friend, whose sister is the same age as our older one, there might have been chaos.

But three of the four rabbis were there and my son was the only kid in the place who could name all twelve of Jacob's sons, albeit with some help from his mother who was singing Joseph and the Amazing Technicolor Dreamcoat under her breath ("Reuben was the eldest of the children of Israel/With Simeon and Levi the next in line/Naphtali and Issachar and Asher and Dan/Zebulon and Gad took the total to nine...") I feel really sorry for the kids with portions from Numbers...what on earth do you say if you're reading about the Biblical treatment of a leper (i.e., shout unclean and run away?)

And in one of those ironies of life...you know that meme everyone is doing where you look up what was going on in your LiveJournal one year ago today? Here's mine: "Though all after-school activities were cancelled in public schools today, the Hebrew school ceremony in which my son was participating took place anyway, in the lovely new sanctuary with a wall of glass behind the ark, so we got to watch the kids singing Ha Tikvah with a backdrop of falling snow. It was spectacularly beautiful."

Anyway, there was an evening service starting at 8 p.m. that I sort of wanted to stay for because they were going to talk about Jewish responses to The Passion of the Christ (
Posted by littlereview at 9:40 PM No comments:

Posted by littlereview at 11:43 AM No comments:

I'm betting that I don't need to explain to any Lord of the Rings fans what made me think of that poem today.

Last night's Enterprise review: "Hatchery". I really enjoyed it despite the fact that it 1) was screamingly derivative of other Treks, and not very good ones at that; 2) featured hysterical!T'Pol; and 3) didn't really go anywhere in the end. Either I have gotten ridiculously easy to please where Trek is concerned, or I have an undiagnosed crush on Jolene Blalock.

Spent a lovely yesterday with


Posted by littlereview at 9:42 AM No comments:

I am sure I have Things To Say but
Posted by littlereview at 11:19 AM No comments:

...because actually I need a place where I can store the commentaries and reviews I want to keep around to discuss the movie. Please feel free to comment, leave links, etc., as they will be most appreciated, but please keep in mind that you are talking to someone who will not pay money to see this film no matter what. These are in reverse order of publication so I can add new ones on top.

ETA: Newer reviews in comments, since LiveJournal seems to think this entry is quite long enough. See the comments for articles from The Village Voice, The Washington Post, The New Zealand Herald and others. Please see the one from Slate on the third page if you're skimming.


Also, I, ehrm. Wrote another M&C drabble. But hey, new challenge! Someone must be sick or injured. Gee, hurt/comfort? *g*
Posted by littlereview at 3:00 PM No comments:

I wish I had a fun update on yesterday but I'm afraid it's all boring. My younger son wasn't feeling well, thus forcing the postponement of my lunch with
Posted by littlereview at 10:27 AM No comments: