Automatically shipped by LoudTwitter
Posted by littlereview at 1:08 AM No comments:

My terrifying activity for the day was cleaning everything out of the kids' bathroom. The stuff under the sink wasn't so bad, even though I discovered that we still had the nasal aspirator and rectal thermometer we'd bought when older son was an infant -- since the advent of the ear thermometer we've never gone looking for the latter, for which I am profoundly grateful -- and there were about nine bottles of shampoo that no one in the house remembered using, plus a miniature bottle of lotion that I bought to bring to Lamaze...like I said, terrifying. Anyway, it's been thrown out, as have the toys that have been in the net in the tub for so long that I don't want to describe their condition. I did manage to save a miniature Marvin the Paranoid Android (and I don't want to know which of my kids brought him in the tub, nor why!)

Took younger son out to find a new mask and gloves because his penguin costume no longer fits, then drove him to Hebrew school, then wrote an article about Martian Child, in which the screenwriters made the protagonist, John Cusack's character straight -- now THIS pisses me off, considering that the character's homosexuality was critical to his sense of alienation in the novella, but I'm sure there are far fewer people who will get upset about this than about Harry Potter not being gay enough, and I'm sure legendary slash-hater David Gerrold can rationalize that maybe a contemptible female audience will appreciate the genius of his story if enough of them find John Cusack hot. (What, me, still irritated?) In the evening we carved our pumpkins: 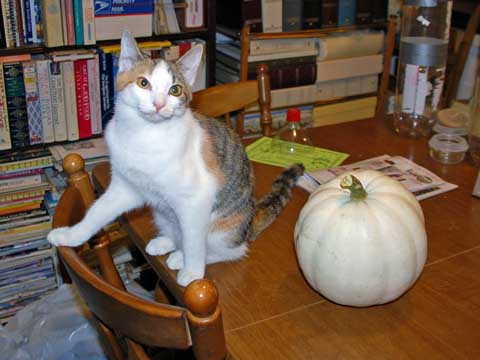 Our targ did not wish to help us by eating the heart of our enemy... 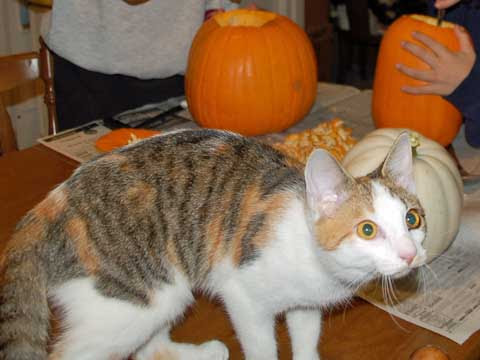 ...because she had spotted a moth outside the sliding glass doors and had to keep an eye on it! 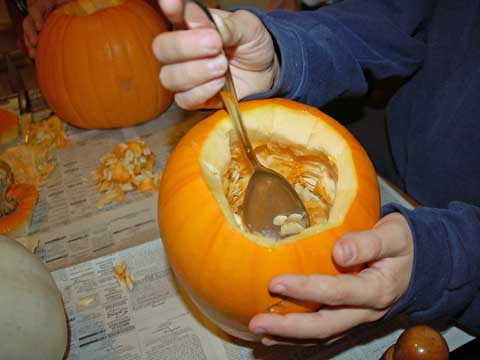 So we had to scoop out the pumpkin seeds ourselves. 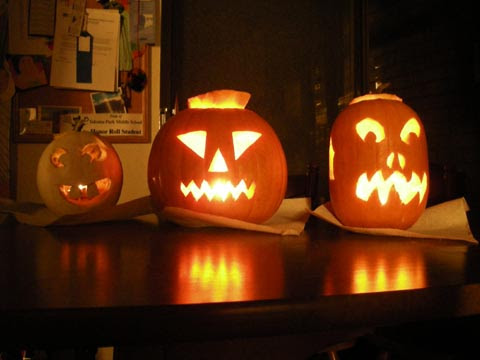 However, we managed to get all three jack-o-lanterns decorated and the seeds toasted (well, not the ones from the white pumpkin, which we discovered last year don't taste as good). 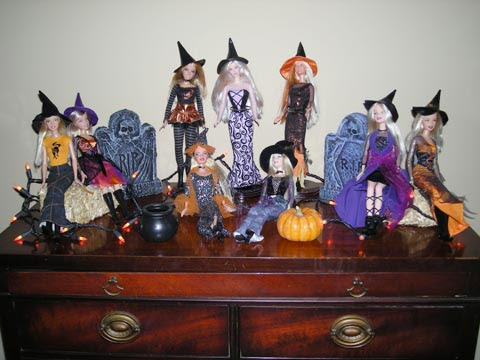 After the kids finally went upstairs -- I can't say "to bed" since they proceeded to stall for nearly 45 minutes -- those of us over 14 watched Boston Legal, where Alan attempted to explain to Lorraine what happened to him at 14 that makes him so inept with her and Katie made me cry, and I was completely identifying with a woman I find horrifying and scary. This is one of my favorite Boston Legal episodes in a while and the new cast is growing on me.
Posted by littlereview at 12:13 AM No comments:

Automatically shipped by LoudTwitter
Posted by littlereview at 1:21 AM No comments:

Posted by littlereview at 12:04 AM No comments:

Automatically shipped by LoudTwitter
Posted by littlereview at 1:15 AM No comments:

I had a religious Sunday. In the morning while our kids were in Hebrew school the parents were summoned to a meeting on Mitzvah projects, the charity or community service work they do (or in the case of the very wealthy kids, the organization to which the family and friends donate lots of money). This time the head rabbi let one of his very good friends give a pitch about how now that she's a Bar/Bat Mitzvah consultant, we could actually HIRE her for help with our projects. I restrained myself from storming out of the meeting by developing a plan: when she proposes helping Israeli children exposed to terrorism by sending them to a very expensive summer camp, about $2500 a kid, which is what her daughter did for her Mitzvah project, I am going to look at them earnestly and say, "My son would really like to help the children in Gaza who have no blankets or clean drinking water." (This rabbi, who likes to brag about his involvement in the civil rights movement in the US, likes to steer congregants away from worrying about how Palestinian children are being treated using rationales from before the Yom Kippur War.) This congregation drives me insane and I feel very unable to break away and find another one right now, until both kids are through the Bar Mitzvah program.

I had a much more spiritually uplifting evening: I went with
Posted by littlereview at 12:14 AM No comments:

Automatically shipped by LoudTwitter
Posted by littlereview at 1:12 AM No comments:

We were going to go hiking on Catoctin on Saturday, but it was so wet in our backyard that we figured the mountain trails, sheltered from the sun, would probably be muddy and slippery, so we put it off till next weekend when maybe
Posted by littlereview at 12:02 AM No comments:

Automatically shipped by LoudTwitter
Posted by littlereview at 1:05 AM No comments:

In a rare reversal of how things usually work, the delivery people from Sears said they would arrive between 9 and 11 to install our microwave...and it's a good thing I was a bit late getting into the shower, because they were here at 8:30. This caused great excitement among the cats, each of whom struggled valiantly to get into the box from which the new microwave emerged, but the old microwave had to be deposited in it to be hauled away, causing much woe. After the microwave was installed, however, I had to clean the counters and that inspired some cleaning out of cabinets and oh, did it cause excitement when there was enough space for a kitten to hide in a cabinet! Unfortunately she knocked out a cracked plastic bowl that I managed to shred one finger on while collecting it to throw out. Ouch.

Wrote a review of "The Outrageous Okona", probably not as scathing as it should have been but what the heck, I'm feeling lots of affection toward TNG these days, especially when there are fun guest stars. Even though I said some of these things myself, I will link to EW on Dumbledore, because he said it more coherently than I did...by the time I got around to articulating these things, I was sickened by some of the comments I was seeing.

Had dinner with
Posted by littlereview at 12:02 AM No comments:

TV Review: Star Trek: The Next Generation's "The Outrageous Okona"
Posted by littlereview at 4:27 PM No comments:

These entries are likely to be fragmentary and boring for awhile. I talked to the TrekToday site owner; he may be angry that I am leaving but he is being very civil, in part because he wants me to stay until he finds a replacement. The good news is that I get to keep reviewing Next Gen. I told him I'm happy to fill in when he needs me, there are just certain stories about certain people that I won't write. *g* Today I wrote three trivial Trek articles that were completely painless, I guess because I don't feel like I'll be drowning in this stuff forever.

Had the contractor and his people here in the morning, discussing what insurance is and is not covering in terms of painting (every ceiling in this house is adjacent really, and most of the walls). Discovered we have to move a ton (possibly literally) of stuff in the living room so the walls can be painted. Had a lovely lunch with
Posted by littlereview at 12:08 AM No comments: 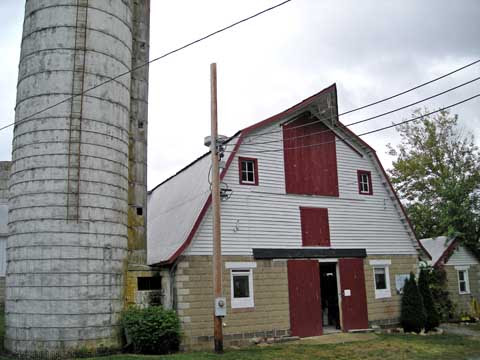 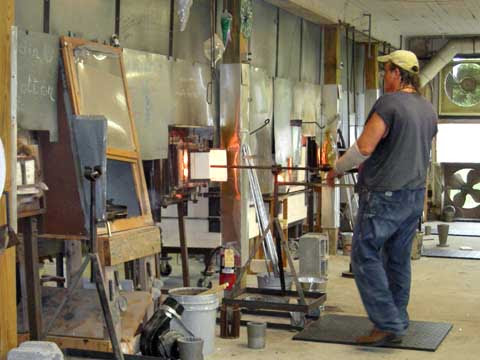 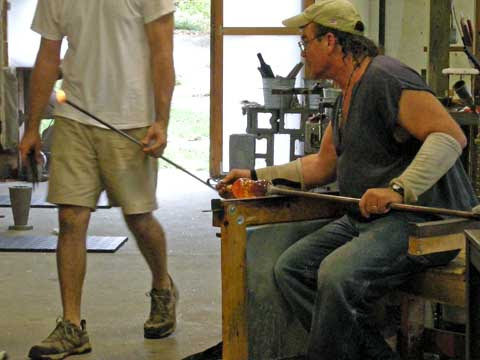 ...and another of chalcedony bowls and vases.
Posted by littlereview at 12:01 AM No comments: