The Dipper
By Kathleen Jamie

It was winter, near freezing,
I'd walked through a forest of firs
when I saw issue out of the waterfall
a solitary bird.

It lit on a damp rock,
and, as water swept stupidly on,
wrung from its own throat
supple, undammable song.

It isn't mine to give.
I can't coax this bird to my hand
that knows the depth of the river
yet sings of it on land.

It was quite cold on Monday so we were in no rush to get out of the house. I talked to a couple of west coast relatives and sorted some old photos, then we had lunch and went to Brookside Gardens, where we mistakenly believed from the web site that the visitor center and conservatory were open. They were not -- they were closed for MLK Day -- but the winter garden had aconite, jasmine, and snowdrops blooming and shoots of crocuses and daffodils sticking up through the soil, so there were still harbingers of spring, and there were dozens and dozens of geese in the pond and on the grass.

We stopped at Roots Market while we were up in that direction after a long detour to avoid lane closures on the way, and at Giant and CVS on the way home, where we had slow cooker veggie chili for dinner. Then we watched the last Antiques Roadshow filmed at Winterthur (comic books, lightsaber handles, baseball as well as Toulouse-Lautrec, jewelry, and Americana) and the new episode of The New Pope (John Malkovich is crazier than Jude Law, as are the writers), followed by the season two finale of The Runaways (the non-possessed parents are even harder to tolerate than the possessed ones)! 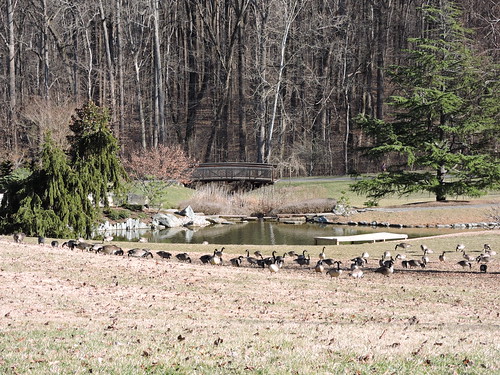 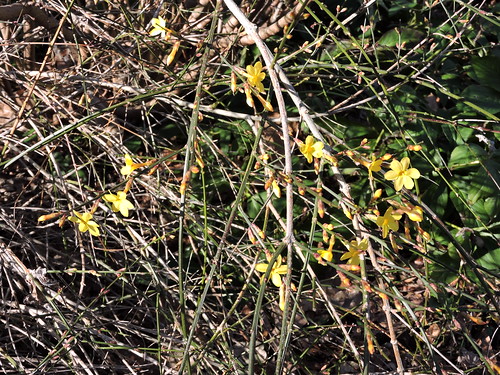 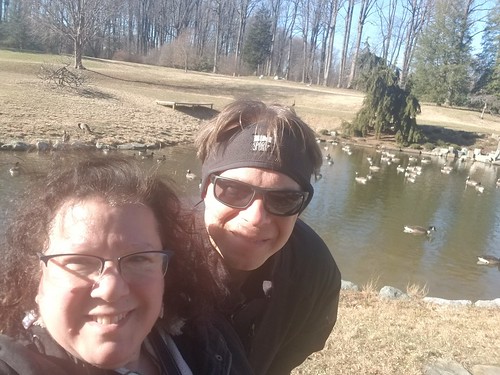 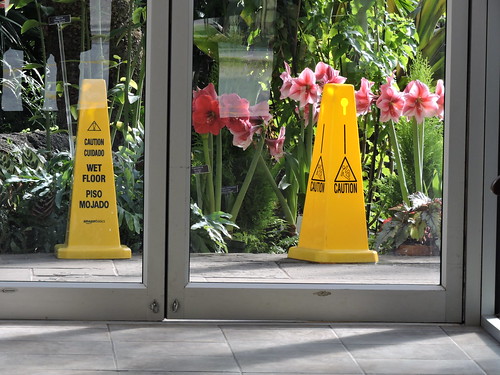 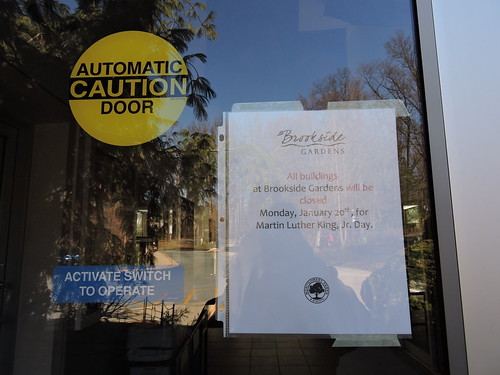 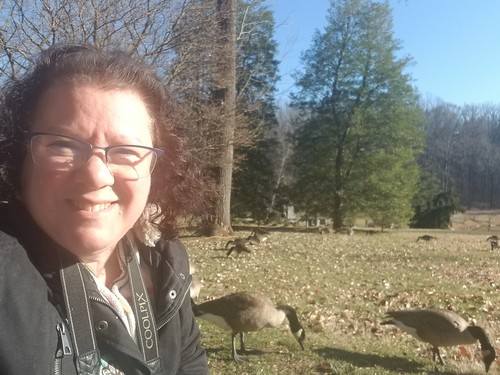 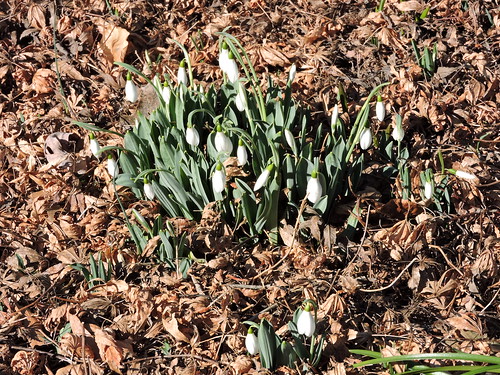 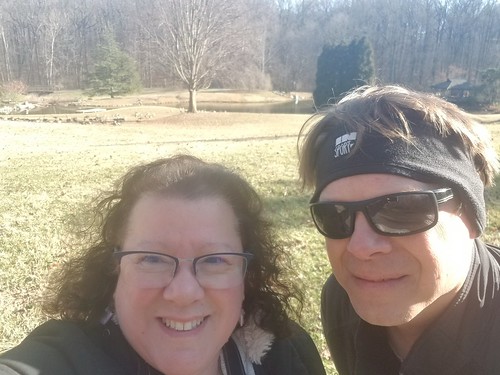