Down at the Docks
By Isabel Ecclestone Mackay

Down at the docks–when the smoke clouds lie,
Wind-ript and red, on an angry sky–
Coal-dumps and derricks and piled-up bales,
Tar and the gear of forgotten sails,
Rusted chains and a broken spar
(Yesterday's breath on the things that are)
A lone, black cat and a snappy cur,
Smell of high-tide and of newcut fir,
Smell of low-tide, fish, weed!–I swear
I love every blesséd smell that's there–
For, aeons ago when the sea began,
My soul was the soul of a sailorman.

Down at the docks–where the ships come in,
And the endless trails of the sea begin,
Where the shining wake of a steamer's track
Is barred by the tow of the tugboats black,
Where slim yachts dip to the singing spray
And a gay wind whistles the world away–
Here sad ships lie which will sail no more,
But new ships build on the noisy shore,
And always the breath of the wind and tide
Whispers the lure of the sea outside,
Till now and to-morrow and yesterday
Are linked by the spell of the faraway!

Down at the docks–when the morning's new
And the air is gold and the distance blue,
There's a pull at the heart! But best of all
Is to see the sun shrink, red and small,
While the fog steals in (more surely fleet
Than the smacks that run from her white-shod feet)
And clamours of startled calls arise
From bewildered ships that have lost their eyes;
The fog horn bellows its deep-mouthed shout,
The little lights on the shore blur out
And strange, dim shapes pass wistfully
With a secret tide to a secret sea.

It rained all day Friday, heavily at times, and we had thunder that caused the younger cats to hide down the basement. So I only went out for a walk during a dry spell in the late afternoon. I tried to get Google Photos and Google Drive to cooperate to archive all the photos I've been scanning, with mixed success. Only one of my high school friends was around for our Friday lunch Zoom -- one's at the beach, one had a death in the family, the others had work and family stuff -- but we talked for two hours anyway!

We had paprikash for dinner, then we watched the 2020 film of Emma -- not my favorite Jane Austen story and I don't adore Austen stories in the first place, but the film is very pretty and the actors are good in their roles, though I prefer the one with Romola Garai and Jonny Lee Miller. I was posting On This Day photos on Facebook and came across these from the 2004 Alexandria Waterfront Festival, not happening this year for obvious reasons, when we went on the Kalmar Nyckel and watched a demonstration of pirates: 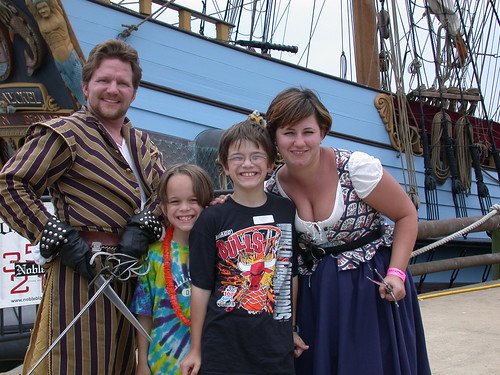 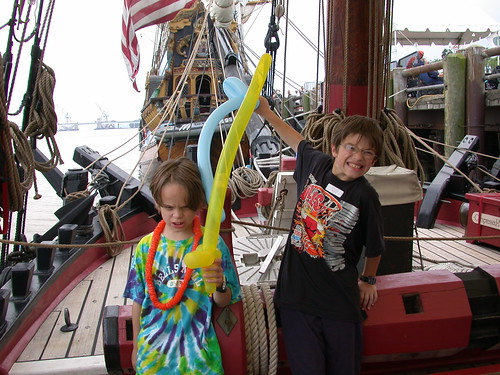 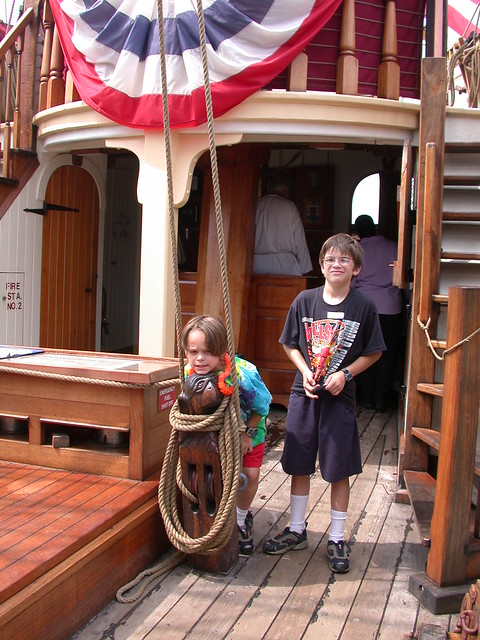 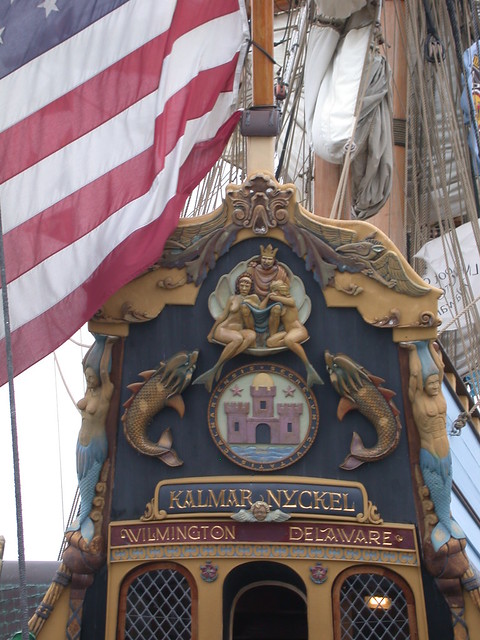 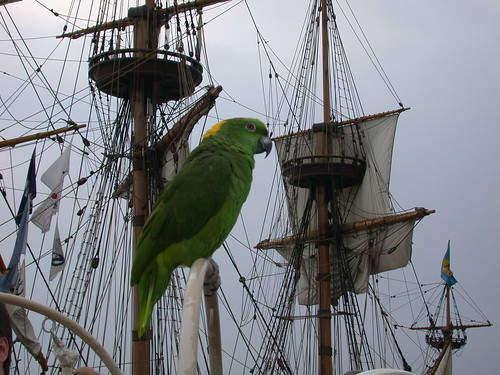 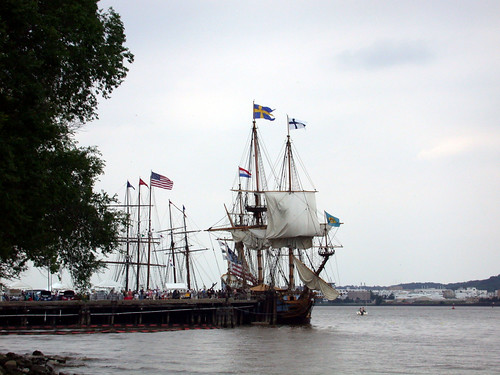