Poem for Wednesday and Connecticut Autumn

Some maps have blue borders
like the blue of your name
or the tributary lacing of
veins running through your
father’s hands. & how the last
time I saw you, you held
me for so long I saw whole
lifetimes flooding by me
small tentacles reaching
for both our faces. I wish
maps would be without
borders & that we belonged
to no one & to everyone
at once, what a world that
would be. Or not a world
maybe we would call it
something more intrinsic
like forgiving or something
simplistic like river or dirt.
& if I were to see you
tomorrow & everyone you
came from had disappeared
I would weep with you & drown
out any black lines that this
earth allowed us to give it—
because what is a map but
a useless prison? We are all
so lost & no naming of blank
spaces can save us. & what
is a map but the delusion of
safety? The line drawn is always
in the sand & folds on itself
before we’re done making it.
& that line, there, south of
el rio, how it dares to cover
up the bodies, as though we
would forget who died there
& for what? As if we could
forget that if you spin a globe
& stop it with your finger
you’ll land it on top of someone
living, someone who was not
expecting to be crushed by thirst —

Tuesday was a fighting-with-Flickr day, trying to upload and tag all the scans I've done in the past weeks while Flickr does things like refuse to let me put photos in albums. (If rumors are true, I may need a different long-term storage solution to back up Google; suggestions welcome.) We took a walk and saw lots of flowers and many chipmunks, and though we heard thunder, the storm never hit us.

I'm really liking Stargirl after its uneven start -- it's such a pleasure to have a superhero series focused on an ordinary bunch of girls and some male sidekicks -- and we also watched a bunch of National Geographic shows (searching for Alexander's tomb in Alexandria, history of Easter Island, Stonehenge and its Irish connections). From our trip to New England in the fall of 1996 after Adam was born: 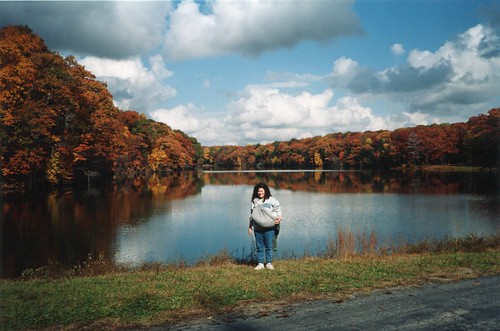 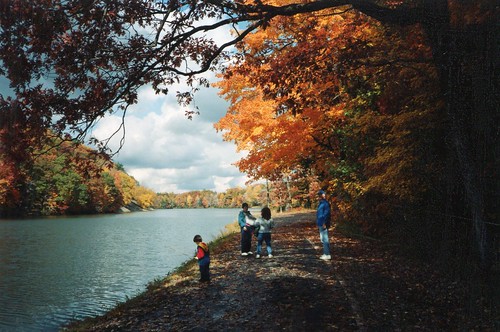 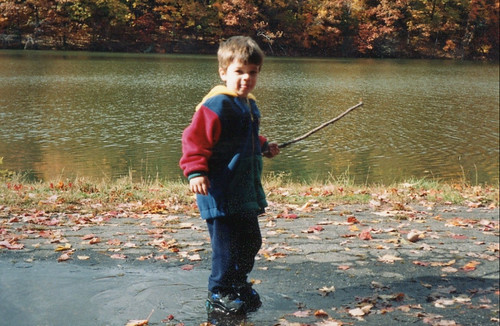 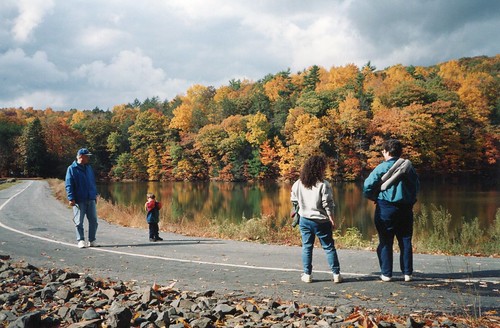 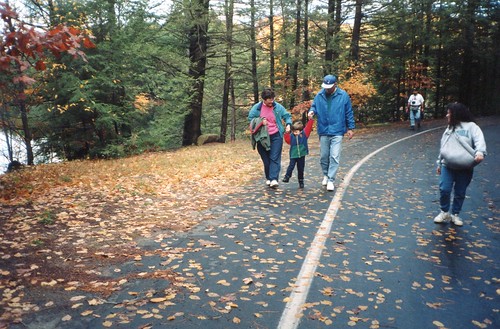 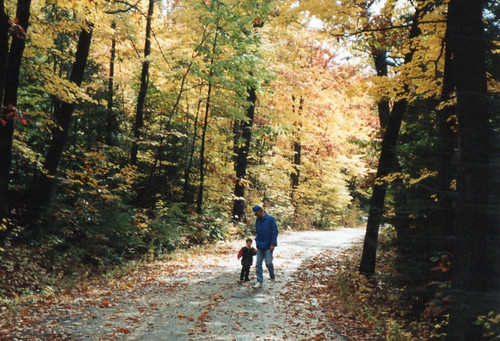 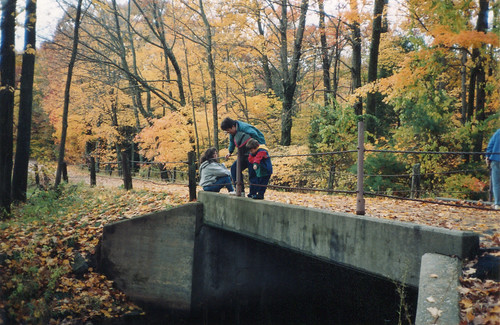 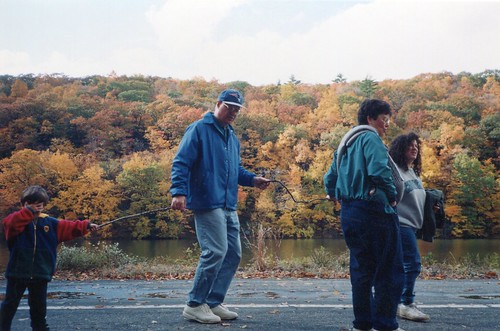 These pictures are priceless. I think of the trips we made and wish I'd taken more pictures. But that was before phones and I never liked carrying camera equipment. Your photo project is truly awesome.

Thank you! I have photos of our families together in L.A., which I realize is not a trip for you but those are some of my happiest trip memories!