Poem for Wednesday and Parrot World

A parrot of irritation sits
on my shoulder, pecks
at my head, ruffling his feathers
in my ear. He repeats
everything I say, like a child
trying to irritate the parent.
Too much to do today: the dracena
that's outgrown its pot, a mountain
of bills to pay and nothing in the house
to eat. Too many clothes need washing
and the dog needs his shots.
It just goes on and on, I say
to myself, no one around, and catch
myself saying it, a ball hit so straight
to your glove you'd have to be
blind not to catch it. And of course
I hope it does go on and on
forever, the little pain,
the little pleasure, the sun
a blood orange in the sky, the sky
parrot blue and the day
unfolding like a bird slowly
spreading its wings, though I know,
saying it, that it won't.

I went on a grand adventure on Tuesday over three miles from my house! I never got out of the car, since I went with my husband so he could get his blood drawn for his physical -- they couldn't get him in until after noon, so I figured I'd go in case he felt too woozy to drive home -- but these days that counts as an expedition. It was another gorgeous day, so we went for a walk and saw three deer plus one of the fish pond frogs.

I only got to watch a bit of this year's Bloomsday festivities, but I did watch Stargirl, which gets better every week, and then a three part National Geographic series on Japan that was beautifully filmed and reasonably informative -- it's always lovely seeing places I recognize from Miyazaki films, Yuri on Ice, and various other fantasy versions in the actual landscapes. From 1985, here I am in Miami at Parrot Jungle: 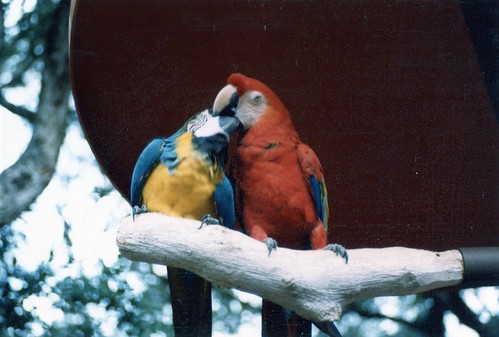 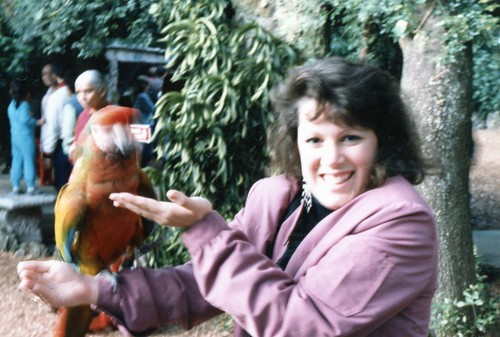 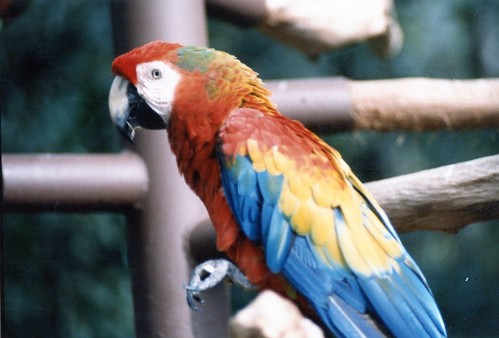 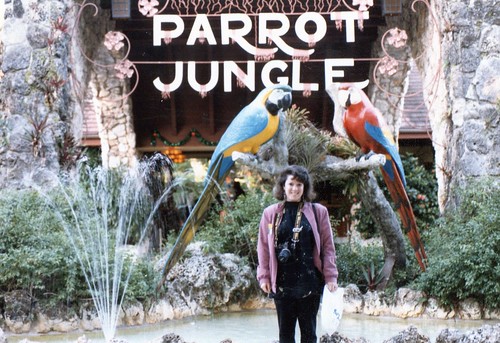 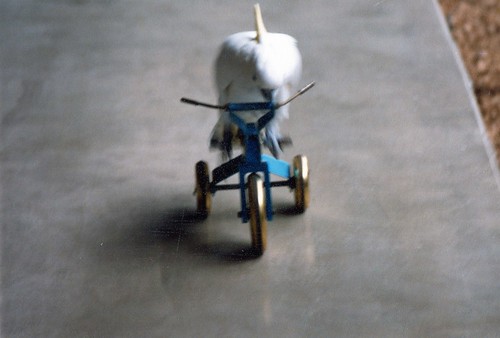 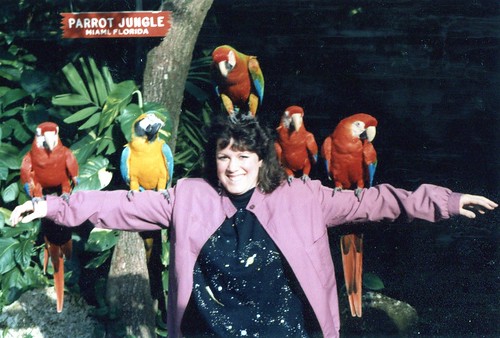 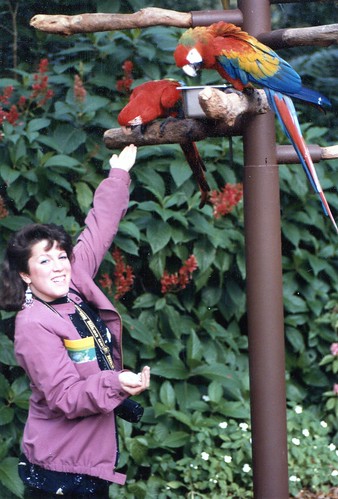