Poem for Thursday and Gymboree Class

with a line from Gwendolyn Brooks

Months into the plague now,
I am disallowed
entry even into the waiting
room with Mom, escorted outside
instead by men armed
with guns & bottles
of hand sanitizer, their entire
countenance its own American
metaphor. So the first time
I see you in full force,
I am pacing maniacally
up & down the block outside,
Facetiming the radiologist
& your mother too,
her arm angled like a cellist’s
to help me see.
We are dazzled by the sight
of each bone in your feet,
the pulsing black archipelago
of your heart, your fists in front
of your face like mine when I
was only just born, ten times as big
as you are now. Your great-grandmother
calls me Tyson the moment she sees
this pose. Prefigures a boy
built for conflict, her barbarous
and metal little man. She leaves
the world only months after we learn
you are entering into it. And her mind
the year before that. In the dementia’s final
days, she envisions herself as a girl
of seventeen, running through fields
of strawberries, unfettered as a king
-fisher. I watch your stance and imagine
her laughter echoing back across the ages,
you, her youngest descendant born into
freedom, our littlest burden-lifter, world
-beater, avant-garde percussionist
swinging darkness into song.

"Over the past few months, any number of unforgettable moments have been marked, marred, by the various forms of technology meant to make up the distance between us," Bennett told Poets.org. "I attended my grandmother’s funeral via Zoom; I experienced my son’s first ultrasound through a print-out my wife handed me in the car...this poem lives in the space between a kind of inexpressible anxiety at the outset of things, and the world-shifting joy of seeing my son's heartbeat for the first time."

We had a quiet Wednesday except for the squirrels, who were irritated we hadn't tossed seed out on the deck for them like we'd been doing when we had a nest and spent the day trying to figure out how to get the seed out of the bird feeder. I am slowly uploading many years' worth of photos and creating PDF photo books (Shutterfly tragically won't let me download any from before they switched to their current system). We took a walk in the humid afternoon and I did a Pokemon raid with my neighbor who plays.

We had Mexican food for dinner, after which we watched The 100, in which I wish the characters weren't so scattered this season but Indra finally got to do what she was always meant to do, and Agents of SHIELD, which is more fun this season making period mini-movies than the actual time travel plot but it's still such a delight seeing the cast having so much fun and I hope Sousa stays till the finale. Here are some photos from one of Daniel's Gymboree classes in 1994 (apparently my in laws went with me): 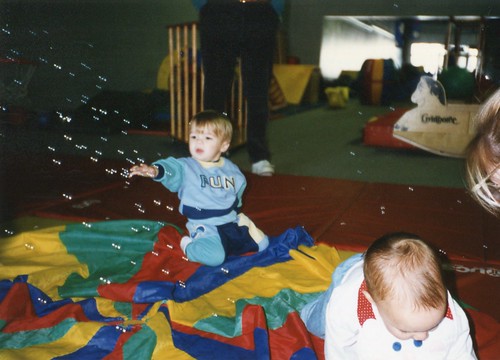 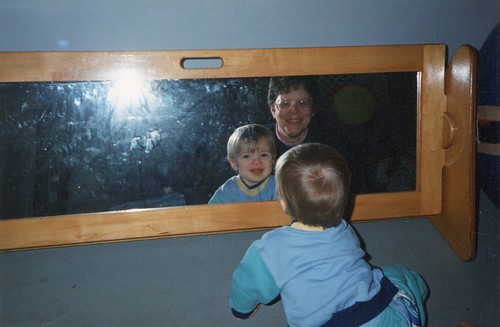 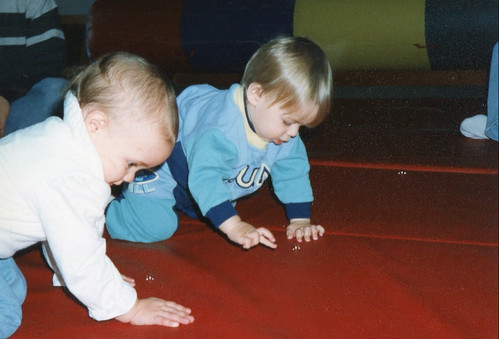 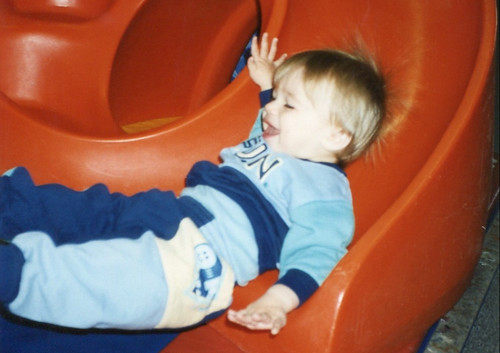 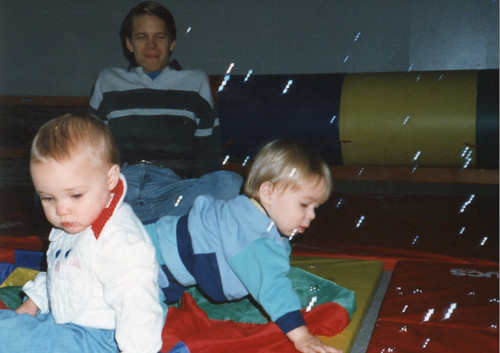