Older son left bright and early for his week-long field trip, so we were all up very early, and while younger son was at Hebrew school I took a long walk in the neighborhood. Then, after Hebrew school, we went to get Pokemon Diamond for older son and Pokemon Pearl for younger son (they've been saving and older son's one disappointment was not to be able to get it in time for the bus ride), and because we were up in Gaithersburg, we went looking for baby geese both at the lake at Rio and the one in Montgomery Village. We saw no actual goslings -- there were a couple of mother geese sitting on nests across the water from us, hissing, and numerous adult geese paired off in what appeared to be mating couples -- but we saw something even more interesting, a colony of great blue herons nesting on an island at Montgomery Village, all these enormous birds at the tops of these trees!

I ended up crashing hard for an hour in the late afternoon after getting all that sun, then woke up around dinnertime because younger son had a rehearsal for next weekend's violin recital in the evening. The entire concert is Vivaldi, with the younger students playing concertos and four of the older students each playing the solo parts of The Four Seasons. They are performing in a local parish, St. Jane Frances de Chantal, which has a gorgeous new church building less than seven years old. There were still Easter flowers around the altar and brilliant evening light streaming in through the stained glass. The acoustics are terrific and the kids really sounded great considering that this is the first time they have performed as a group; my son has practiced a couple of times with the violin teacher's daughter, who plays cello, and with the boy who has lessons right after his, but there were easily 30 kids playing the first concerto who didn't know one another.

I will eventually post local spring photos, but I cannot resist another few days of dwelling in Great Britain, so here is... 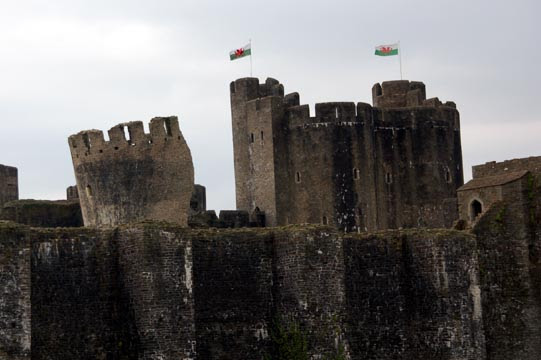 Caerphilly Castle, largest in Britain except for Windsor, with its ruined southeast tower and high wall surrounding it. 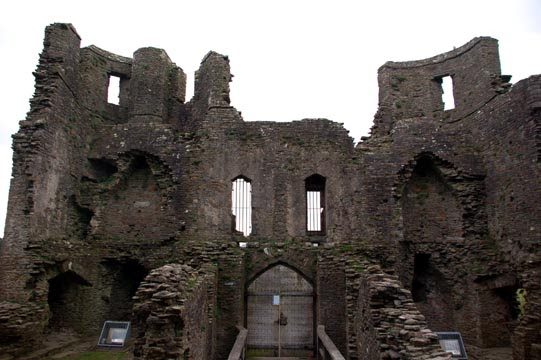 Much of the interior of this medieval castle is nearly as decayed as the tower. 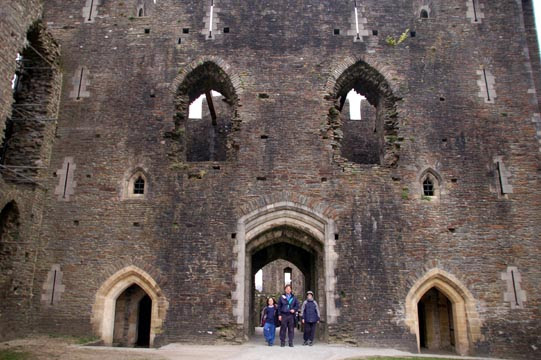 Outside the East Gate, built in the late 13th century. 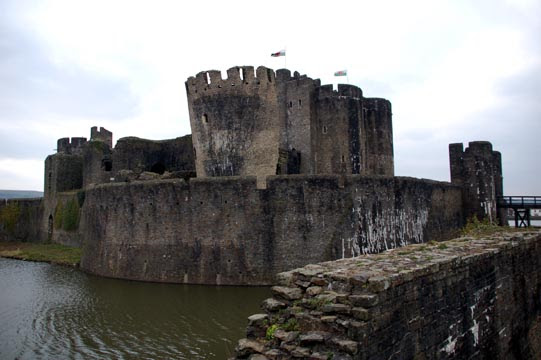 The moat, an innovation in its day in water defense -- the castle is built on islands created by damming a nearby lake... 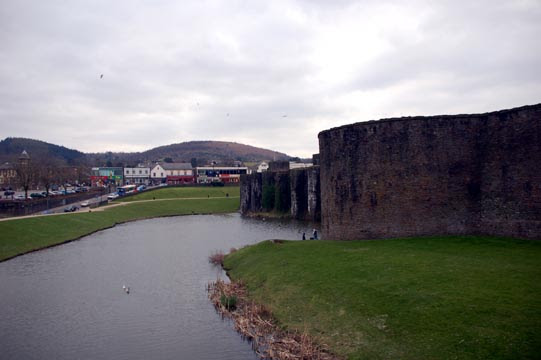 ...still separates the castle from the surrounding town, though the ruins are right in the center of it.

We saw a huge bullfrog and many turtles sunning themselves in the lake too, which reminds me that my uncle sent me a link to the Great Turtle Race, where sponsor companies support Pacific leatherback turtles as they migrate from Costa Rica to the Galapagos Islands and people can cheer them on. I picked Freedom because I like the name (Yahoo's turtle is called Purple Lightning). I'd have rooted for the one sponsored by Drexel University, but it's apparently still lounging on the beach in Costa Rica!
Posted by littlereview at 12:09 AM