Quiet Tuesday...the pollen is really bothering me, so I tried sleeping late and taking drugs, but I think the only real help is when the flowers start dropping off. I was going to meet my mother for lunch, but then she remembered she was having a pedicure and couldn't get there till I needed to be home to retrieve younger son, who was most anxious for the school day to end because Erin Hunter's newest Warriors book was coming out, plus a manga about one of the cats. So we went to Barnes & Noble before Hebrew school, where I was excited because I thought I had found a new Rachel Pollack book on the Tarot on the bargain table, only to get home and discover that it's a book I already have with a different cover...oh well!

Wrote up an interview with Avery Brooks, who is always interesting -- he's recording an audio production of Roots, which he did not appear in, though he and Kate Mulgrew were both in the dreadful holiday TV movie Roots: The Gift which gives me horribly politically incorrect fantasies about Mirror Universe Janeway/Sisko (and Janeway/LaForge and Janeway/Tuvok...Roots: The Gift really has a dream cast for such a mediocre script). Speaking of politically incorrect Star Trek-related TV fantasies, Boston Legal went for utterly unrealistic social commentary but it was still fun to watch, and Denise and Brad are so adorable! 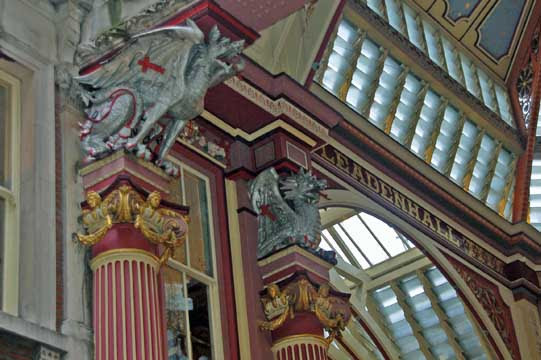 Dragons decorating the entrance to Leadenhall Market in London. 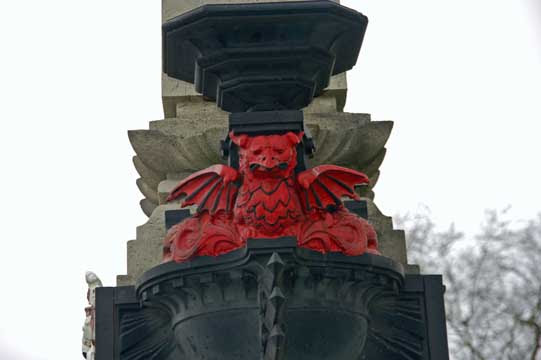 There are lovely red dragons all over Wales. Here is one on a University of Wales lamppost. 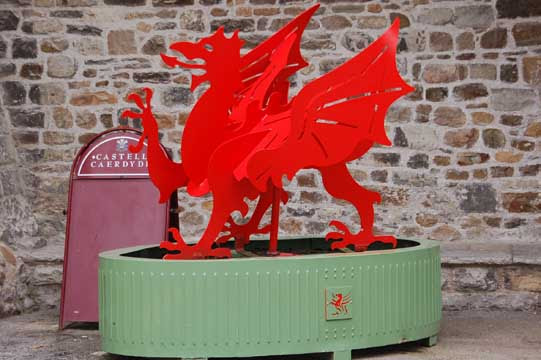 And another, more free-form, at Cardiff Castle. 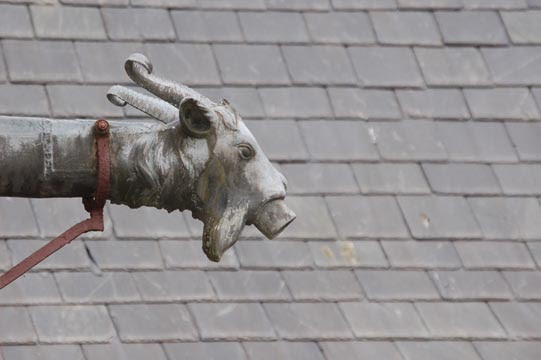 This goat-head spout is one of numerous spouts at Cardiff Castle covered in animal faces. 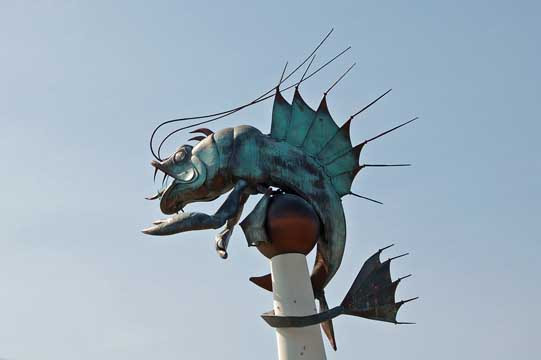 A magical fish guards Plymouth near the Mayflower Steps. 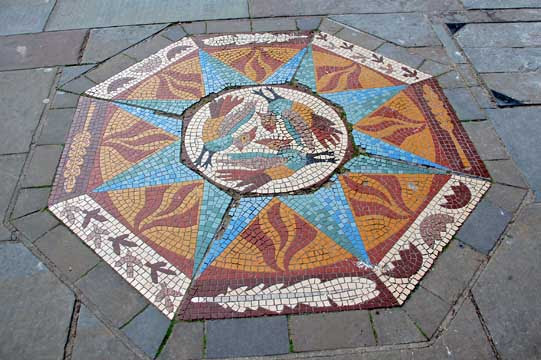 A tile street marker at Three Cocks Lane in Gloucester.

I see that scientists have found kryptonite, though it isn't radioactive. And more importantly, Fairport Convention will play at the 2007 Herndon Festival on May 31st! Now Be Thankful!
Posted by littlereview at 12:02 AM