Younger son woke up feeling somewhat icky and came back from a morning soccer game distinctly worse, so rather than schlepping him all over the University of Maryland or the National Arboretum, we stayed closer to home. Went out to get cat litter at Petco and foodstuffs at Trader Joe's, then took a ride through Garrett Park, the neighborhood down Strathmore Avenue past the arts center, which, according to the town web site, has in its entirety been designated an arboretum. We used to walk there all the time when we lived in Parkside in Bethesda back in the late 1980s and it's always been where I wanted to live if I could afford it (the beautiful old Victorian houses are in the millions and the houses under $500,000 are over fifty years old, in need of repair, smaller than our townhouse and backing up to the train tracks, so we visit instead). 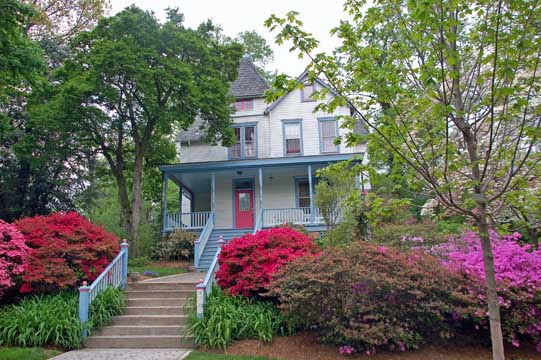 There are probably almost as many azaleas in Garrett Park as there are in the National Arboretum. The town's web site even links to an azalea gallery. 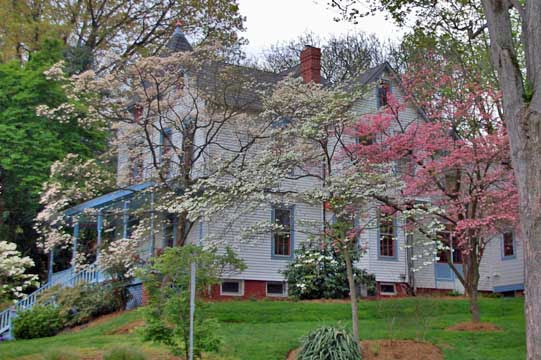 And there are also gorgeous Victorian houses. Younger son and I agreed that if we can ever afford one with a tower, he gets the upper level and I get the lower level. It was drizzling a little this Saturday afternoon, but the colors were still incredible. 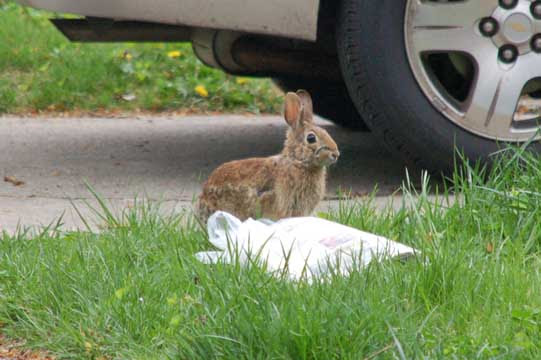 And we saw a bunny in someone's front yard. What could be better?

I was very, very naughty, at least according to my husband, and bought myself a Nikon Coolpix L12, which I have been coveting ever since older son went off to Boston with my Nikon Coolpix 4100, which is fine as far as it goes but has a tiny monitor, a very long cycle between flashes and no anti-vibration technology, which wasn't available in the little digital cameras when it came out, certainly not for under $200 like the L12. So now I have a much bigger monitor, better low-light capabilities, sharper pictures, more megapixels and a lighter-weight camera to take everywhere, because as much as I adore my D50, it is just not practical to carry all the time. Yeah, it's an expensive Mother's Day present but it will get lots and lots of use and I refuse to feel too guilty, even though I do feel a bit guilty since we have to spend a fortune rebuilding the deck.
Posted by littlereview at 12:06 AM