Like many people, I'm sure, I spent a lot of Tuesday staring in horror at the news. Somehow it seems worse the day after, when there are faces and details, like the Israeli Holocaust survivor who died trying to shield his students and the girl from the Virginia town where my father's company has an office I've visited many times. Virginia Tech could hardly have done a better job advertising its diversity: African American and Latin American and Asian faces, Christians, Muslims and Jews, people from all over the US and all over the world. There aren't words.

Otherwise I had a relatively quiet day...went for a long walk in the afternoon to see all the flowers in the neighborhood that have been emerging in the past few days, wrote up a long interview with Connor Trinneer about Enterprise and Atlantis, started reading Andre Aciman's Out of Egypt which I had bought to read on my trip and never even opened (ditto a collection of short stories by Janette Turner Hospital...pretty much everything I read on the trip was trip-related, either about the history of Glastonbury, Avebury, etc. or about the literary connections of spots we were visiting in Wales).

Younger son had Hebrew school and while looking in his backpack for a notice sent home from the school, I discovered some makeup work that he had mysteriously forgotten about. He has been devouring Kathryn Lasky's Guardians Of Ga'hoole books, which are about owls, and while I hate to tell my kids to stop reading anything, it's like when older son was devouring Redwall at the expense of his social studies homework. Older son leaves Sunday for a week-long field trip to Boston so he has very little homework this week, but he and three other kids are doing a project with an M.I.T. professor while they are there so he has preparatory stuff to do for that. This will be the longest he's been away on his own without relatives! 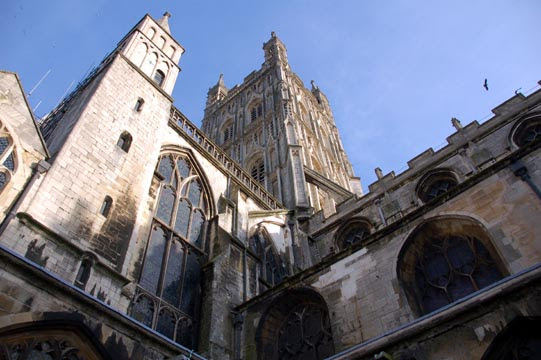 Looking up from the courtyard of Gloucester Cathedral. 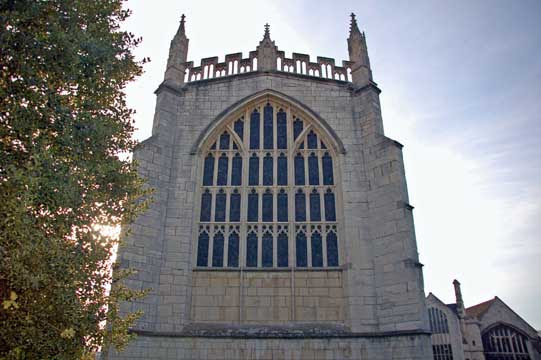 Though the church lights were dark for Tenebrae, the stained glass let in lots of afternoon sun. 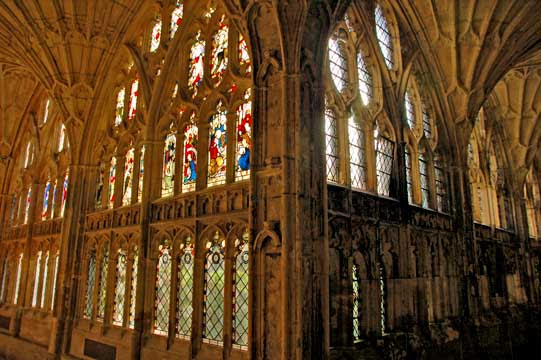 Another accidental photo taken without flash in the cloisters, where Harry Potter scenes were filmed. Nearly everyone had gone outside after the service. 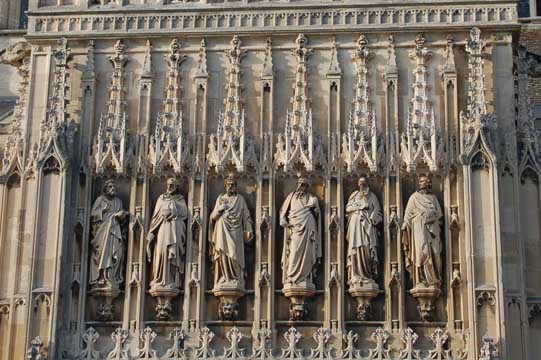 The carvings on the front echo those inside on the tomb of Edward II... 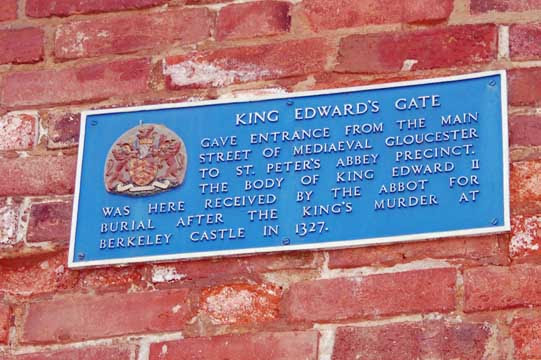 ...whose presence saved the abbey from destruction during the Dissolution of the Monasteries.
Posted by littlereview at 12:07 AM