Very domestic Saturday...finally mostly caught up on e-mails, correspondence and LJ comments, though not phone calls, Trek news or reading other people's journals! Older son volunteered in Hebrew school in the morning and younger son had soccer in the afternoon, so had stretches with just one child in the house, and they wanted nothing more than to catch up on Runescape when they had computers to themselves so they were mostly out of my hair. I folded five, count 'em, five loads of laundry (I hate socks OMG) while watching Eragon on DVD; it is still very bad, and there are still so many different ways to slash it that I don't even care. (It's supposed to pour here on Sunday and family is making noise about seeing Blades of Glory, much to my surprise, and I am counting on that being even more homoerotic to make up for what are sure to be its shortcomings.) 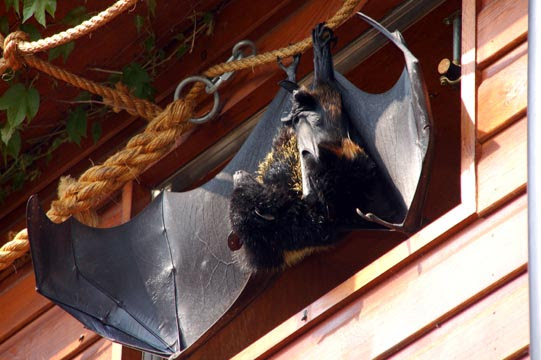 A fruit bat with a baby at the Bristol Zoo. 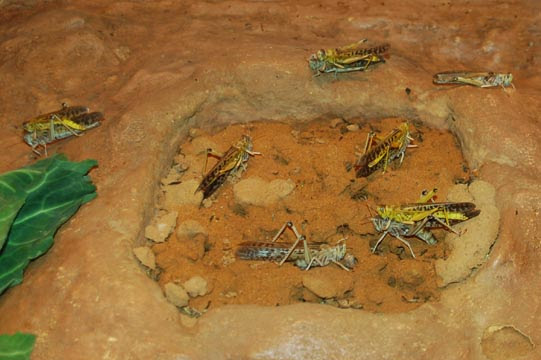 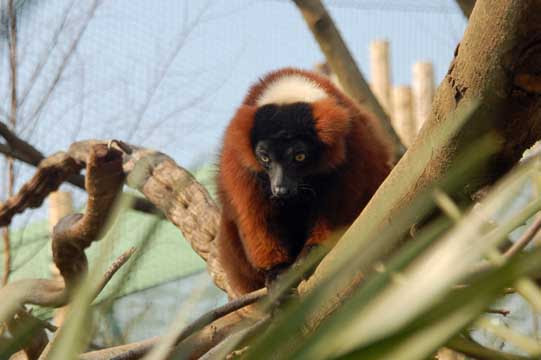 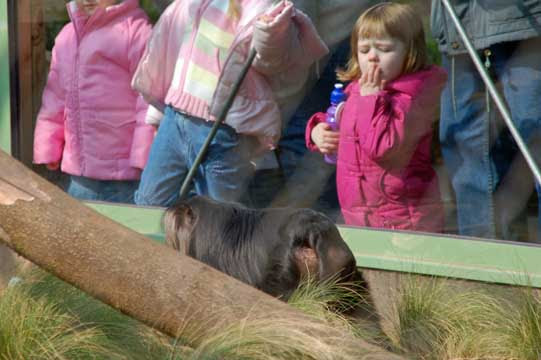 ...and a monkey seemingly uninterested in his fans. 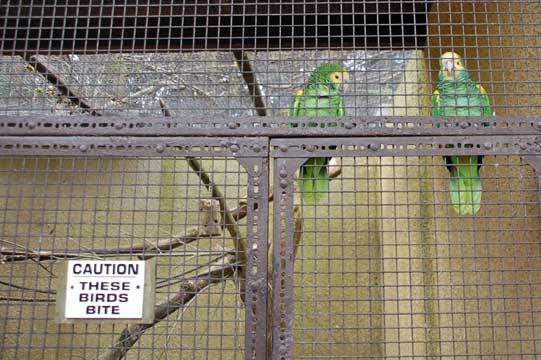 Clearly not all the residents of Birdland were as friendly as the penguins. 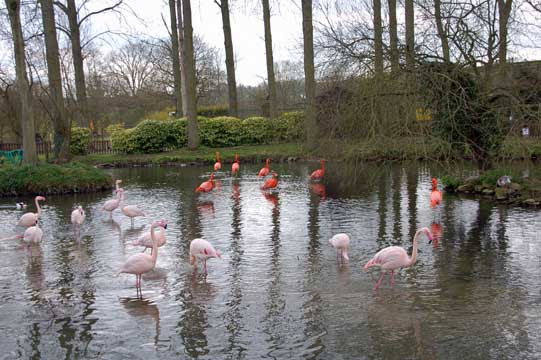 Yet the park is very beautiful. 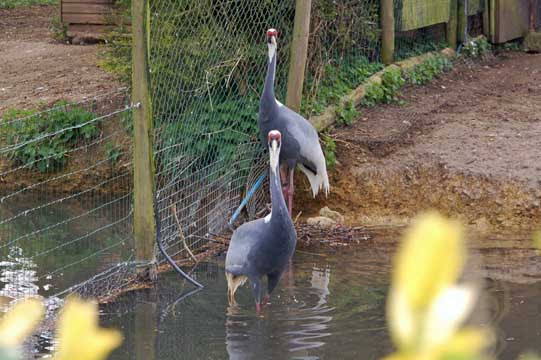 And some of its inhabitants are quite exotic.

Let's see...wrote some silly Trek-related news like The Black Donnellys being cancelled, ate some leftover Cadbury, took a walk to see the spring flowers before the rain washes them away. If I have other news, I've forgotten, as the recovery time from this trip is apparently longer than usual due to having my body clock completely reversed (I haven't been quite this tired since being postpartum). Shall sleep and ponder whether Prince William broke up with Kate Thingy because he caught a glimpse of me across London and fell hopelessly in love...
Posted by littlereview at 12:07 AM