I met Becky on America Online's message boards in January 1995, the month Star Trek: Voyager premiered. (She was still RBOLady; I was still ThePooh.) We quickly discovered that despite having very different religious, cultural, and regional backgrounds, we had many things in common, particularly when it came to music we loved and lifelong Star Trek fandom. A couple of months later, I was running Kate Mulgrew's fan club and she was writing, editing, organizing, and internet wrangling with me. We talked daily, usually via email but sometimes on the phone, in an era when that cost a lot of money. The first time we spoke was after a discussion about music: she told me that Linda Ronstadt's "Feels Like Home" (which I had not yet heard) should be Voyager's real theme song, and I countered that it should be Mary Chapin Carpenter's "Jubilee" (which she had not yet heard). She asked her husband, who worked in the music business, to bring her that album, and then called me in tears because "Jubilee" was so perfect.

From then we kept writing together, and we also spent a lot of time discussing music. She and her husband introduced me to all sorts: a bunch of contemporary country, a bit of Christian rock, and the Methodist hymns and spiritual songs that she sang in her church, where she, like my mother-in-law, also headed up the bell choir. She loved boy bands far more than I ever would, but despite our different religious backgrounds, we both loved certain Anglican hymns and that led to a lot of discussions of religion, politics, and society. I could tell her all about being Judeo-Pagan and she could tell me her frustrations when her church was more conservative than she believed it should be on social issues. We also had youngest children almost exactly the same age, so there was lots of talk about mom stuff. After the fan club shut down and we pursued other interests, we stayed in touch first via email and Usenet, then LiveJournal, and for the past decade almost entirely on Facebook.

Becky lost her husband weeks ago after a long illness. We talked a lot this year about his decline and the miserable state of the world during the pandemic, but we also rediscovered our common love of early Voyager and were even watching it with other friends, which gave me a reason to talk to her on Zoom several times during the lockdown. I talked to her two days ago about whether she was coming onto Zoom to rewatch Voyager with our mutual friends, but she had a prior engagement, so I told her I'd see her next week. That will never happen, because she passed away very suddenly last night. I learned this from her daughter, who has now lost both the parents she lived with during this crazy year in a matter of weeks. In this year that can die in a dumpster fire, on this day when the President of the United States is actively sabotaging democracy, all I can think about is how sad I am for her family, her friends, her church, people who wrote with her, people who made music with her, and everyone else she knew. 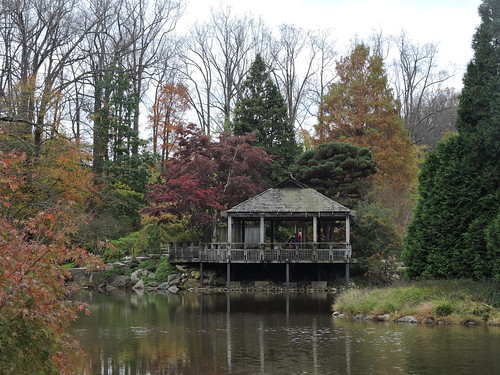 Posted by littlereview at 2:00 AM