The snow
began here
this morning and all day
continued, its white
rhetoric everywhere
calling us back to why, how,
whence such beauty and what
the meaning; such
an oracular fever! flowing
past windows, an energy it seemed
would never ebb, never settle
less than lovely! and only now,
deep into night,
it has finally ended.
The silence
is immense,
and the heavens still hold
a million candles, nowhere
the familiar things:
stars, the moon,
the darkness we expect
and nightly turn from. Trees
glitter like castles
of ribbons, the broad fields
smolder with light, a passing
creekbed lies
heaped with shining hills;
and though the questions
that have assailed us all day
remain — not a single
answer has been found –
walking out now
into the silence and the light
under the trees,
and through the fields,
feels like one.

We awoke insanely early on Wednesday to take Adam and Katherine to National Airport to fly to Curaçao, then got home around 6 and went back to bed for a couple of hours but I've still been sleepy all afternoon. It was a fairly quiet day, particularly since I threw out my back putting my shoes on (moral: do not attempt to put on shoes before 5:30 a.m.) and it has taken a lot of Advil just to make it comfortable to sit. Plus we had snow flurries, which did not make me want to go out driving.

We watched The Masked Singer again because it is marvelously insane -- I was pretty sure last week that the Peacock was Donny Osmond, but I didn't have any great guesses on anyone this week, though I hope Twitter is right that the Poodle is Margaret Cho. Then we watched one of the episodes of The Gifted that we missed; it's gotten awfully violent and Turner has gone from slightly relatable and sympathetic to someone who needs to be executed ASAP. Statues at National Harbor last weekend: 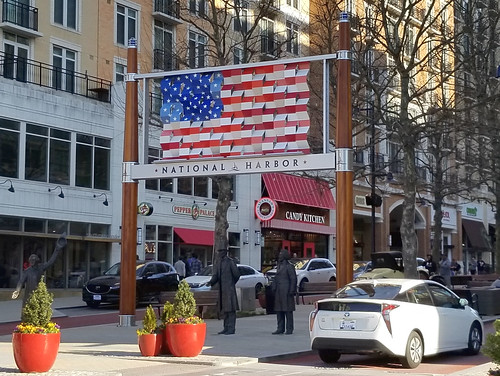 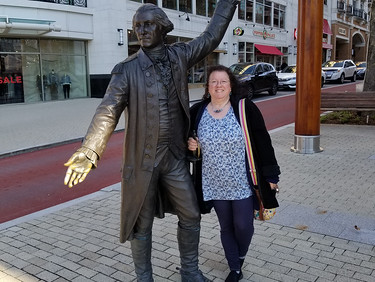 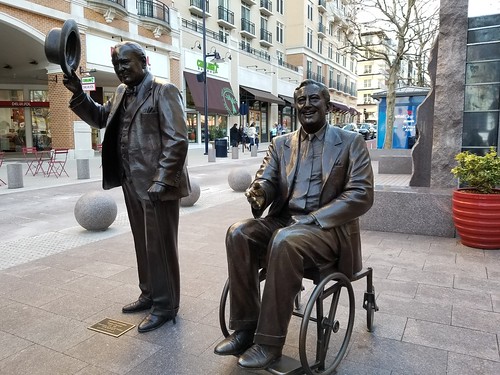 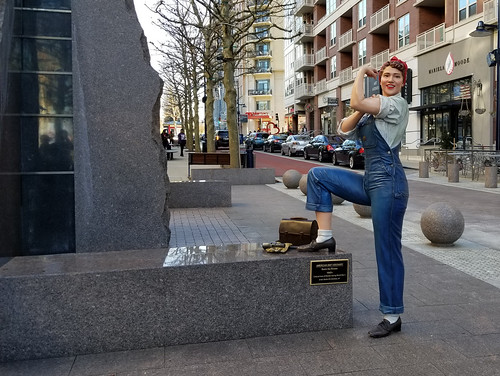 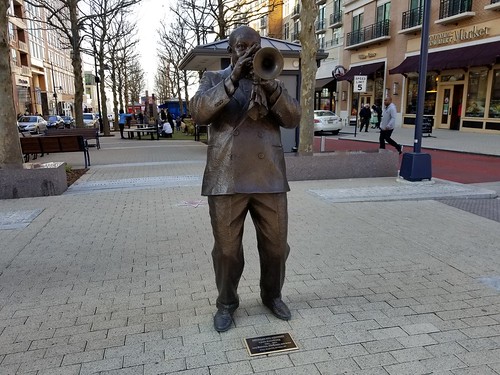 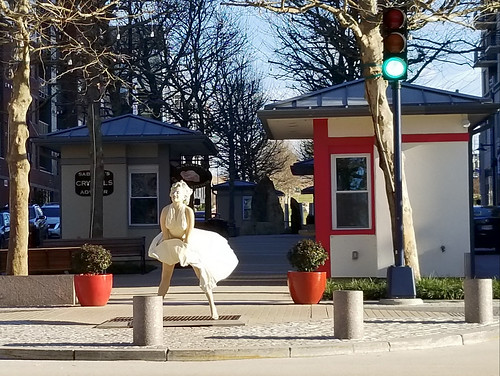 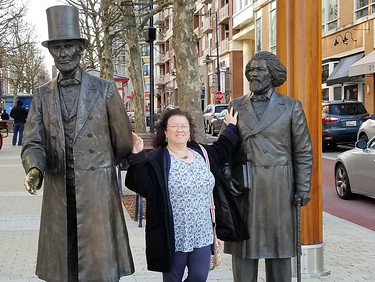