Wednesday started chilly, then we had an afternoon snow squall and now it's very cold, though not by current standards in Chicago and Milwaukee, nor even as cold as it was in New York when we were there a couple of weekends ago. So I really was not in the mood for being outdoors much, though I did walk in the park for a few minutes to get to a Palkia raid. Mostly I worked at home around cats who wanted to be in my lap and on my table to keep warm.

In the evening we watched The Masked Singer, which I've read has been picked up for another season -- I'm really not a talent show fan but this show is compulsively watchable and I'm sure they ordered the judges to sound like complete idiots just to get people mocking them on Twitter. I'm having trouble watching late night comedians this week because Chris Christie is everywhere, ugh! Some photos of the birds in the snow these past several days: 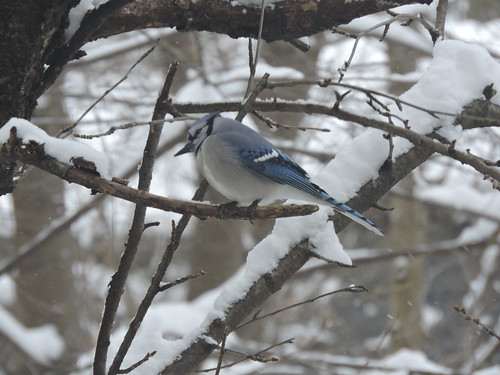 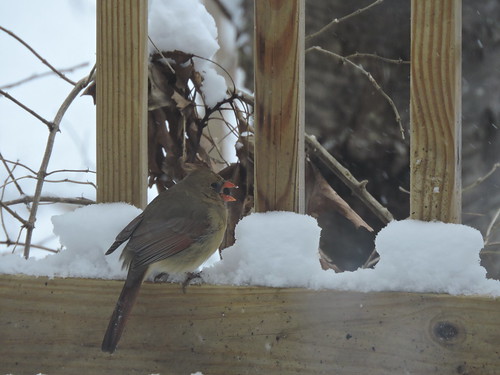 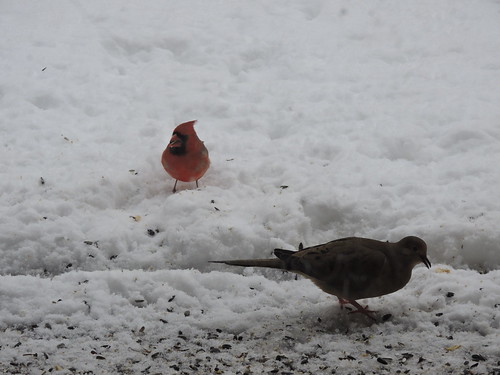 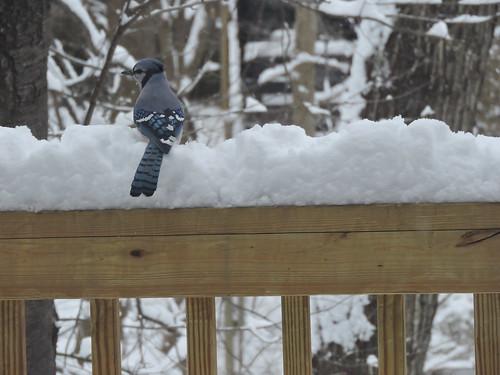 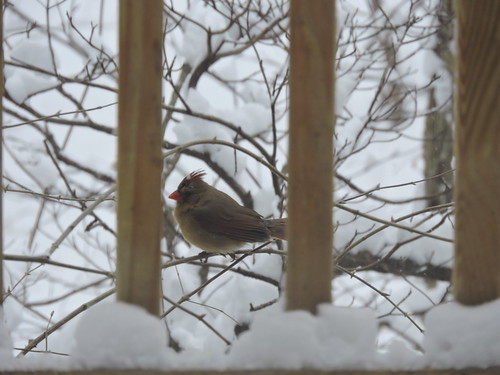 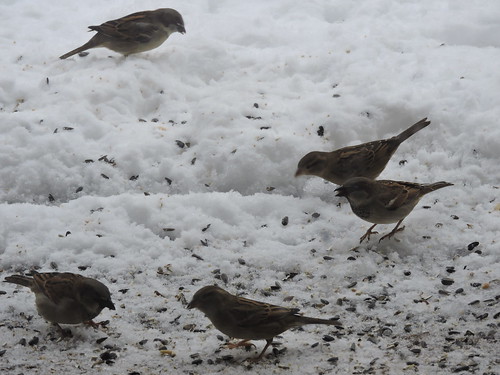 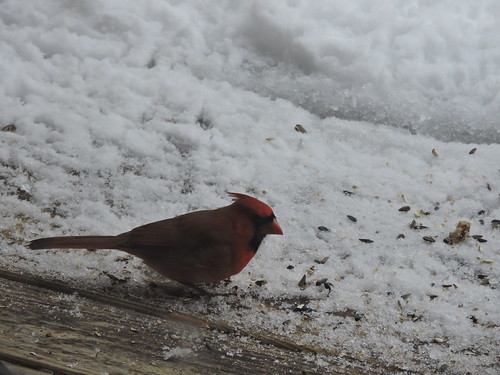