Ladies and gentlemen, I give you... 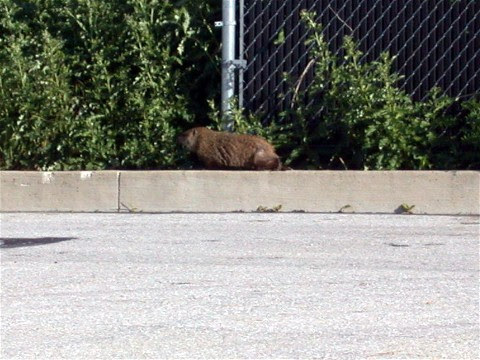 I thought Troy was a far better movie than I had expected it to be, though I did have several jarring moments of thinking I was watching LOTR instead ("Look, it's Helm's Deep! Look, here come the orc armies! Ooh, what's Boromir telling his king now?") Brad Pitt was better than I'd allowed myself to hope and Orlando Bloom was better than I expected, playing a well and truly thankless character. It's hard for me really to like any of the characters besides Hector (I wanted to like Briseis but she fell in love much too easily after devoting herself to chastity). The best I can say about Odysseus is that he was honorable; I wasn't particularly rooting for him, and for awhile he sounded so much like George Bush rationalizing war that I actively wanted someone to attack him.

I wept over Priam's plea to Achilles, and I had to take my glasses off because I was crying so hard at the end of the two-man duel before the gates of Troy that I will not risk spoiling for anyone, because this film also contained the single funniest moment I have ever in my life experienced at the movies. After the wooden horse with the famous name ended up where it ended up, and the thing started happening which inspired pithy sayings like "Beware Greeks bearing gifts," a woman several rows in front of us shrieked, "OH MY GOD!" The entire audience exploded with laughter, which lasted during what should have been a deeply somber scene of carnage, and I suppose I will never know how it might have hit me had there not been so much giggling, including my own. Hopefully I will be able to talk more seriously about the movie when I am not having an "OH MY GOD!" moment.
Posted by littlereview at 10:42 PM