Poem for Thursday and Paper Designs

1
Poetry is a weapon, and should be used,
though not in the crudity of violence.
It is a prayer before an unknown altar,
a spell to bless the silence.

2
There is a music beyond all this,
beyond all forms of grievance,
where anger lays its muzzle down
into the lap of silence.

3
Or some butterfly script,
fathomed only by the other,
as supple fingers draw
a silent message from the tangible.

We are going to Solomons Island on Thursday since Paul took the day off to take Adam and friends to Kings Dominion before we found out that the friends couldn't go and postponed. So on Wednesday I took Daniel out to get a swimsuit -- a form of child abuse that ranks only slightly lower than taking him shopping for dress clothes. Fortunately we found one quickly, so after a quick stop in Target I was able to get him home without too much torment. Then I took him home and folded laundry while we watched Voyager's "Flashback" so he could see Sulu say "Who the hell are you?" to Janeway.

I am nervous because I saw a doe in the woods but no fawns, so I am hoping nothing happened to them during the derecho or its aftermath. The baby bunny was out eating grass in a neighbor's yard. We watched both last week's and this week's Dallas, which I am still enjoying a lot -- Linda Gray sucking up to Mitch Pileggi! -- then this week's Futurama while younger son showed us his new historic camera acquired from eBay. Here is a last set of photos from Hillwood's Prêt-à-Papier exhibit, including three more dresses displayed inside the house: 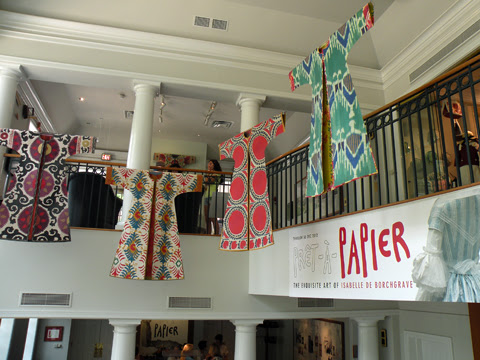 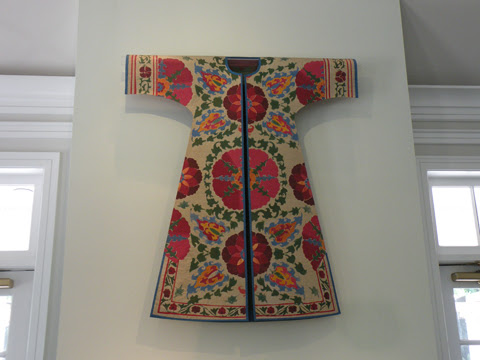 Though they look like kimonos hanging on the walls... 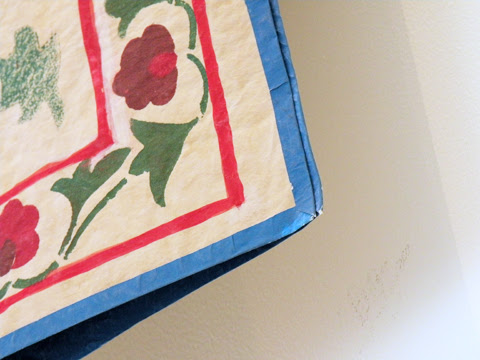 ...but up close it's easier to tell that they're painted paper. 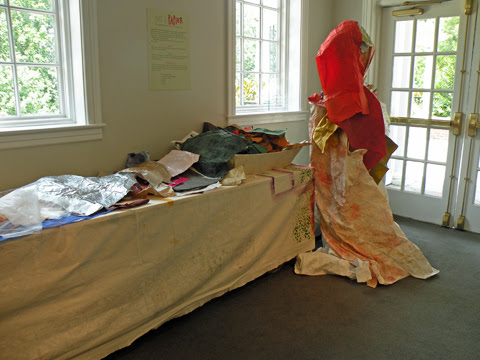 The visitor center has a hands-on display including a video from de Borchgrave's studio of how she works on the costumes and samples of the paper and cardboard she uses to create them. 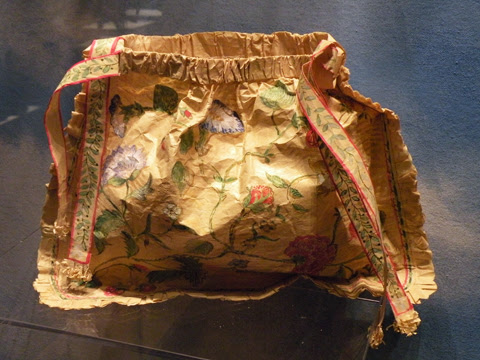 The Adirondack Building has a display of de Borchgrave accessories and shoes including this floral purse. 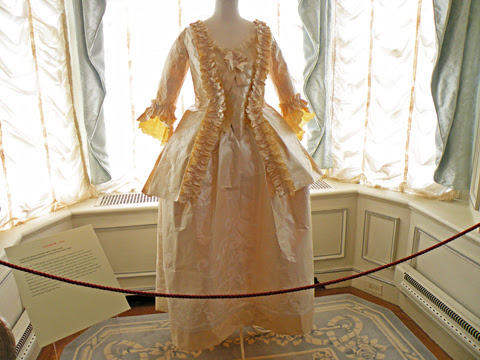 Inside the Hillwood mansion in Marjorie Merriweather Post's bedroom, one can see the less formal paper Casaquin created by de Borchgrave... 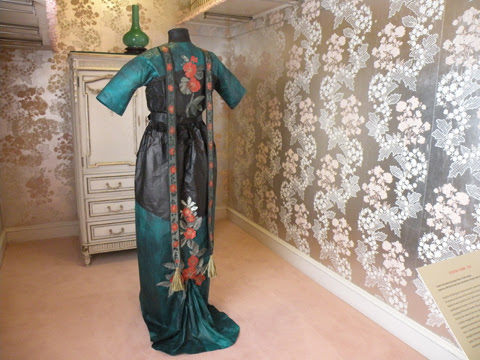 ...while this paper evening gown, inspired by a 1905 dress by Callot Soeurs with orientalist-inspired sleeves and embroidery, is displayed in one of Post's large closets. (The adjacent closet displays an actual Callot Soeurs gown owned by Post.) 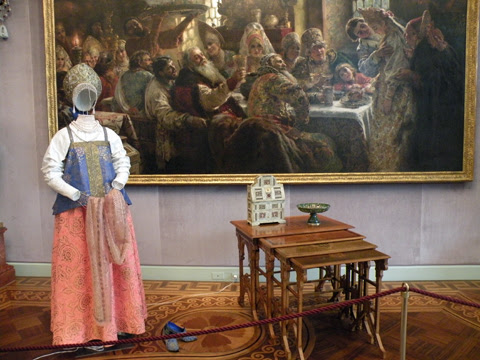