A Peacock in Spring
By Joyelle McSweeney

Makes derangéd love
To the muddy hill. Shoots of green knocked sideways
On a factory floor. Next to the stopflood
Retaining wall, sprung rhythm. Just as
A center for Islamic banking
Furls green writing like a blooming branch across the screen, visible
Pop-up ad of the market or
green fuse. In a wiry flash,
A living goddess with a threefoot eye
Bends o'er her spreadflat copybook, contemplating a career at maths.
I've always been good at maths,
And how they multiply, and how they multiply, and how they
Lock in a pop-fly, snag the interface, shatter the salary cap,
Thwack. Into the tanned glove, a second piece
Of hide. It's spring, tumors and mushroom caps pop-up, the avatar
Salary man can't muster himself to grope the
Pixilated schoolgirl. Sad subways.
Before the Senate panel, the discredited chairman holds
You gotta keep on dancing
Keep on dancing
Keep on dancing til the music stops. Amen, says the peacock,
Shifting his attentions now to the wall. He shrugs obscenely green,
Obscenely jewel-toned, obscenely neck-like,
An obscene grandeur and an obscene decadency,
A screen, a mask, a dance,
A thousand green-groping eyes. Lapse and bless
With your largesse, you antique
commode, you gossiping
fairground—
(And now a common bird launches itself at my window
A defunct grenade from Spring's blackmarket shouldermount
Because I do not know its name
And do not wish to watch it stagger from air to glass
I hear it re-enunciate
& grow increasingly garbled & go
On outside the
poem that would be increasingly
inside, let me in.
Where my sleek unbidden brow breaks blood upon the panel, breaks
beads amid the streaks of let me
in and let me in)

After a morning of on-and-off rain, the sun finally came out Sunday after noon, so we went to Claude Moore Colonial Farm, which was having a colonial fair this weekend. They have twelve piglets, but the pigs, sheep, and cows were not out, though the farm had sent out a mailing saying people would be able to see them, which was disappointing. Still, we got to see a sword demonstration, lots of wool and needlecrafts, some woodworking, several musicians, and we got to see the geese, turkeys, and chickens being herded by kids working at the fair. 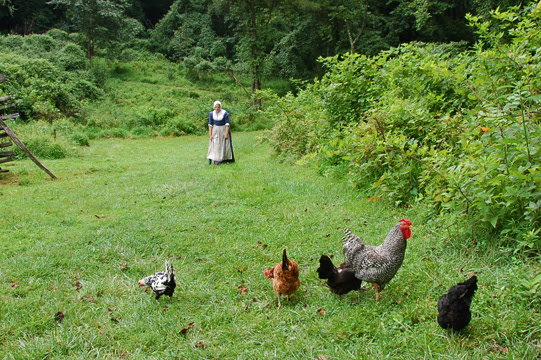 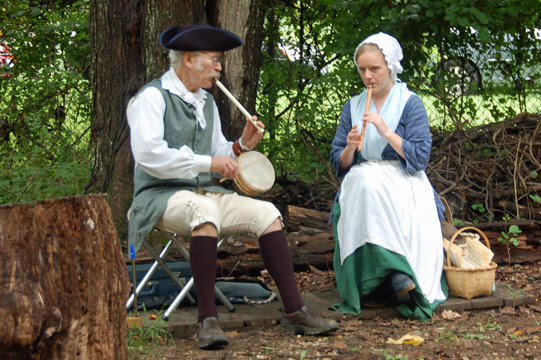 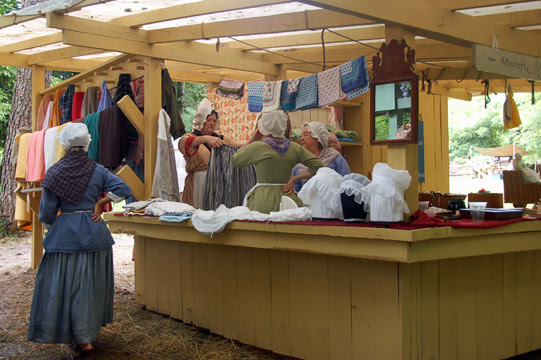 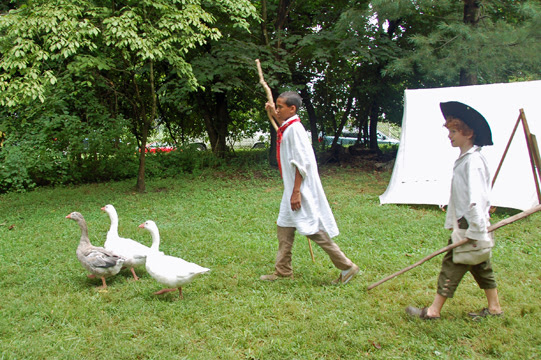 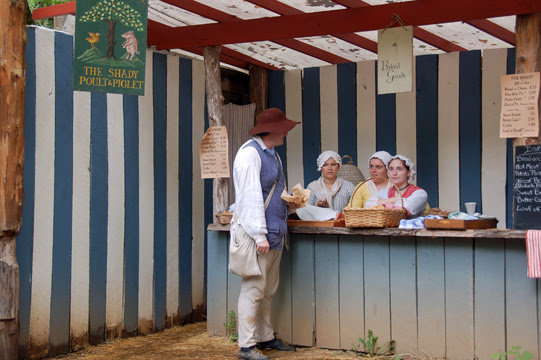 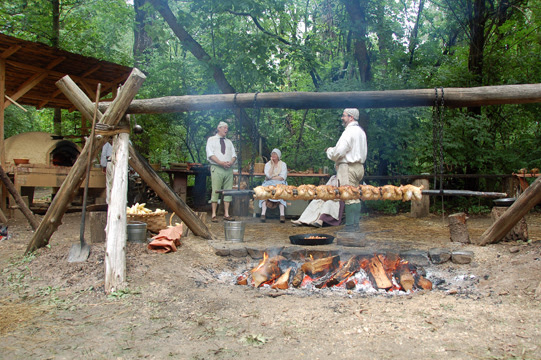 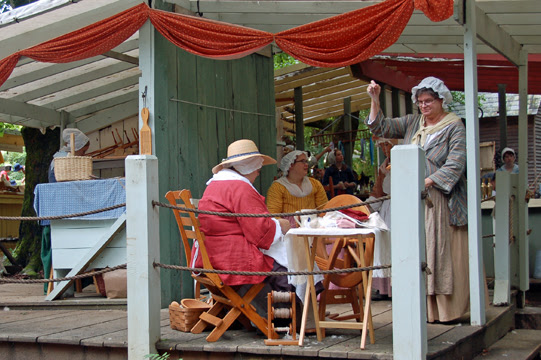 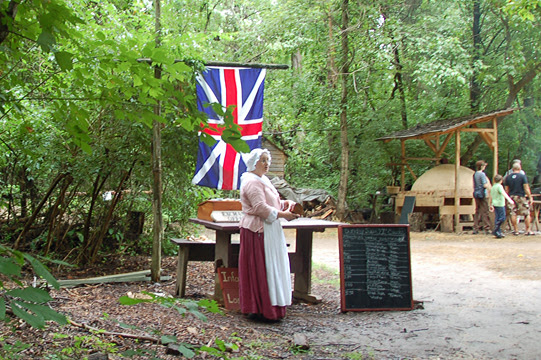 Adam biked to Glen Echo to drop off photos he will have in an art show, then stopped by his girlfriend's on the way home and stayed there for dinner. The rest of us watched the last episode of Queen and Country, then a PBS special on Dale Chihuly's exhibition at the de Young Museum in San Francisco, then this week's episode of Political Animals, where I'm a bit sorry that Bud Hammond is so much more compelling and clever-sounding than President Garcetti -- poor guy doesn't have a chance of impressing us -- but I'm loving Weaver, Gugino and Burstyn.
Posted by littlereview at 12:02 AM