Poem for Monday and Virginia Trip

Chuang Tzu And The Butterfly
By Li Po

Chuang Tzu in dream became a butterfly,
And the butterfly became Chuang Tzu at waking.
Which was the real—the butterfly or the man ?
Who can tell the end of the endless changes of things?
The water that flows into the depth of the distant sea
Returns anon to the shallows of a transparent stream.
The man, raising melons outside the green gate of the city,
Was once the Prince of the East Hill.
So must rank and riches vanish.
You know it, still you toil and toil, what for?

We spent a lovely yet somewhat crazy day in Richmond after dropping off Adam and four friends at Kings Dominion near Fredericksburg -- crazy because an hour or so after we left them to the roller coasters and water park, the girlfriend of one of the friends called to say that she thought her boyfriend had sprained his wrist, though then they went to lunch and we assumed they must be all right. When we next spoke to the girlfriend, she had put him in an ambulance and called his mother to pick them up, an hour and a half from home! Meanwhile Adam, Maddy, and Daniel W were riding Intimidator and Dominator and the Lazy River, and we were in Richmond with Delta and Lin at the excellent Virginia Museum of Fine Arts exhibits on Maharajas, Indian silver, and Walt Whitman and the Civil War.

We had lunch in the VMFA restaurant before going to Lewis Ginter Botanical Garden, which in addition to lots of crepe myrtle and summer roses has live butterflies in the conservatory. From there we went to Delta's bookstore for a bit, then to the Mexican restaurant nearby for dinner. Adam's friend and girlfriend were at that point with the friend's mother, so we picked up Adam and the other two at Kings Dominion, getting home just in time to watch Political Animals, then the women's gymnastics at the Olympics which I will watch next time with the idiotic NBC commentary off. Here are a couple of photos from the butterfly exhibit and the conservatory, more tomorrow: 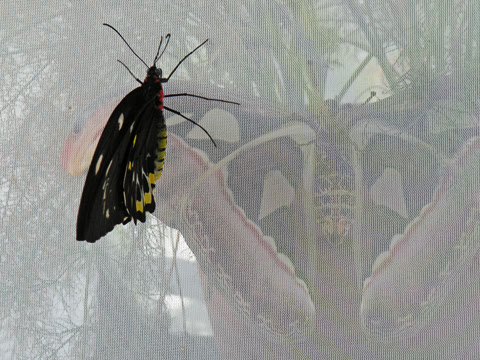 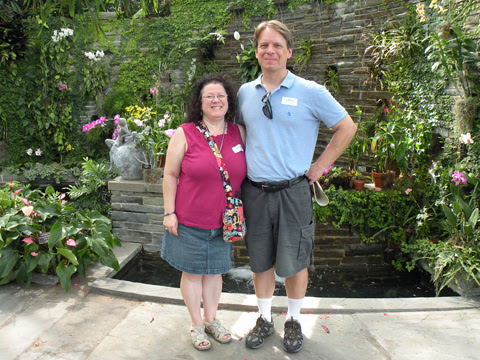 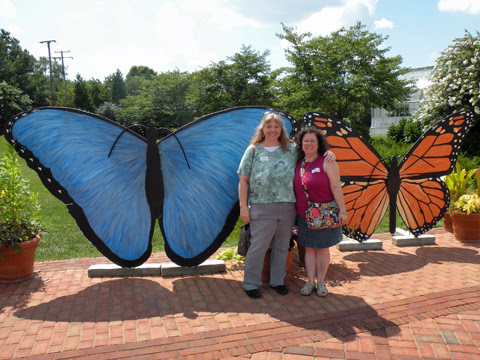