Poem for Wednesday and Crime Museum

Outside a market, a foot
lies on the ground. An arm,
skin leathery and suntanned, or
slack, with blue cables of veins.
The freckled, the spotless,
the hairy, the smooth.

A rabbi in long coat and black hat
picks them up.
He will save them
for burial with the dead
so that on the last day no one will arise
without feet, arms.

The rabbi puts them
in the plastic bag, mixes
defenders with attackers.
At the last day, all
will stand up together.

We are back to having heat advisories in the afternoons so I tried to avoid being outdoors most of Tuesday. Adam has a new bike that Paul got as a reward from his job, but it arrived in need of assembly, and having read the list of tools we would need to connect the chains, we decided to take it to a bike repair place. So after lunch we drove up there, then went to Dairy Queen to recover from being out in the heat.

Other than a stop at the food store and a neighborhood bunny hiding in the shade, that was all the excitement around here. Adam went out to dinner with his girlfriend, then out to take photos with a friend in the neighborhood; Daniel watched Sharpe's Honour with us, then Stewart and Colbert. A few more photos from the National Museum of Crime and Punishment: 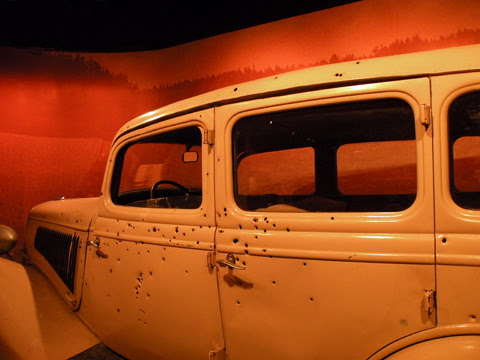 This is the 1934 Ford driven (and shot up) in the 1967 film Bonnie and Clyde and in several other TV movies and documentaries about Parker and Barrow... 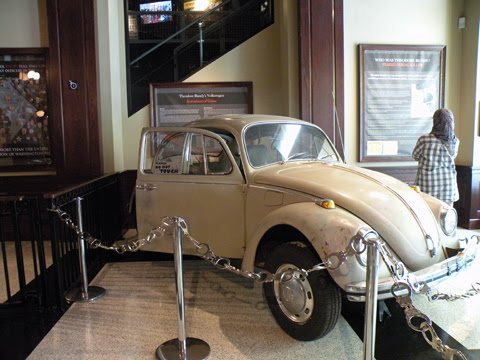 ...and this is the 1968 Volkswagen Beetle owned by Theodore Bundy, used to lure victims and hide their bodies. The pirate display at the museum was my favorite, mostly because I could stand in front of the Blackbeard stuff and think about Barbossa and say, "Revenge is mine." 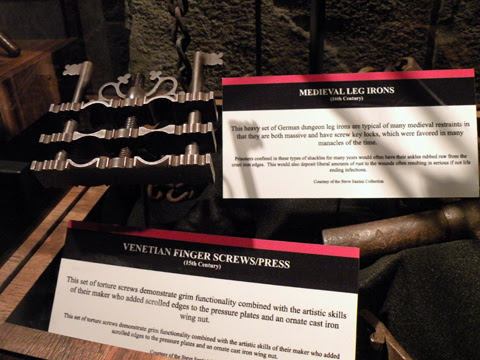 There were also plenty of medieval instruments of torture... 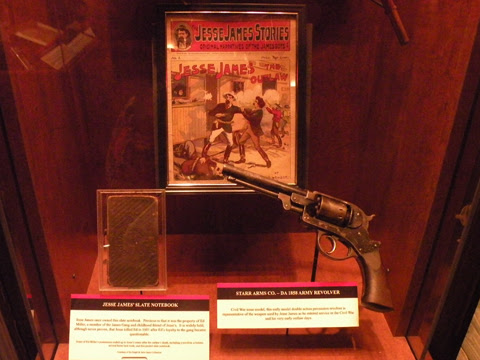 ...and plenty of Jesse James stuff, both items he actually owned and pop culture representations of him. 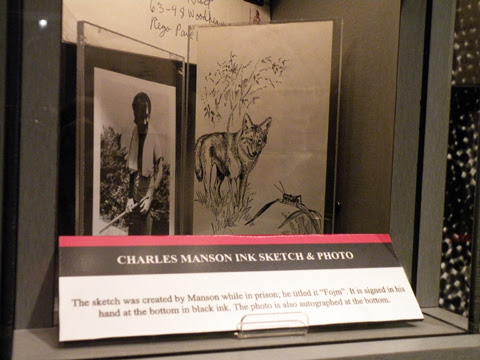 The museum owns original artwork by Charles Manson, John Wayne Gacy, and other people whose art I can't imagine why anyone would want to collect -- I guess this gets filed with "Hitler's paintings." 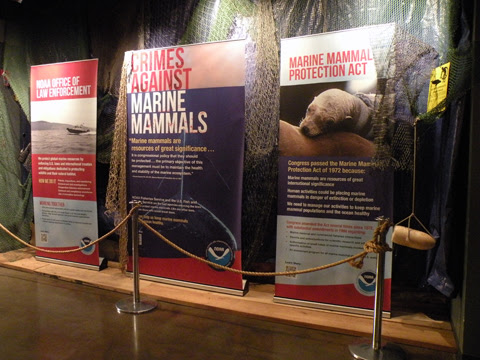 I did like the animal galleries, particularly the photos of police dogs being trained and protections for dolphins and whales. 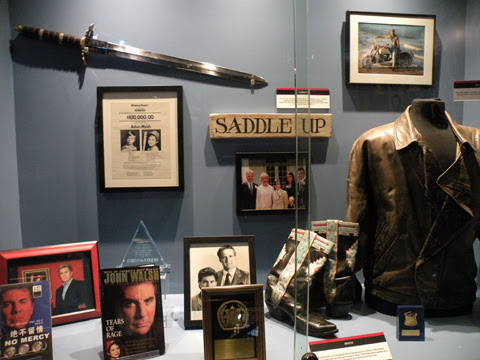 Though America's Most Wanted no longer films regularly in the museum, the John Walsh memorabilia remains.
Posted by littlereview at 12:06 AM