Horses at Midnight Without a Moon
By Jack Gilbert

Our heart wanders lost in the dark woods.
Our dream wrestles in the castle of doubt.
But there's music in us. Hope is pushed down
but the angel flies up again taking us with her.
The summer mornings begin inch by inch
while we sleep, and walk with us later
as long-legged beauty through
the dirty streets. It is no surprise
that danger and suffering surround us.
What astonishes is the singing.
We know the horses are there in the dark
meadow because we can smell them,
can hear them breathing.
Our spirit persists like a man struggling
through the frozen valley
who suddenly smells flowers
and realizes the snow is melting
out of sight on top of the mountain,
knows that spring has begun.

My Monday was mostly a catch-up chore day. Adam went biking and running, Daniel had lengthy discussions about the new Persona game with his friends, I had the Olympics on TV on and off while I was rearranging our DVDs (all Star Trek: The Next Generation videotapes have been removed from the collection since we have them on DVD, first three awesome seasons of La Femme Nikita gifted me by a generous friend have been added). It was less hot than the previous couple of days, the bunnies looked pleased. I hope the Democrats are serious.

I spoke to Adam's friend with the injured arm, he said he was still achy but better, so hopefully all is well there. After dinner we watched more Olympics, mostly swimming and men's gymnastics where NBC's America-centric coverage was as annoying as ever, taking a break for Warehouse 13, which brought back two characters I wasn't sure we'd see again (I still shriek a little when Kate Mulgrew shows up on my TV). I love when Myka gets to save Pete from his own doofiness. Some more butterflies from Lewis Ginter Botanical Garden yesterday: 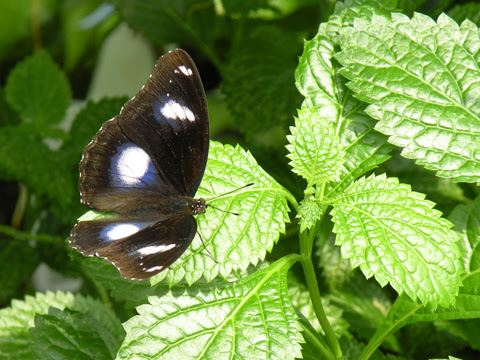 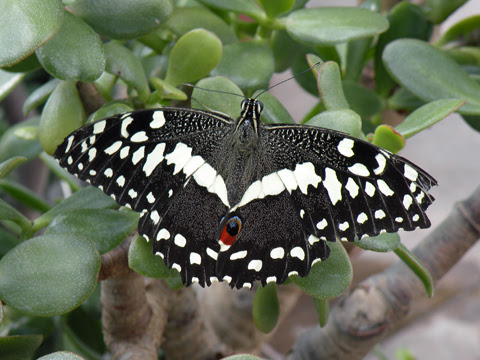 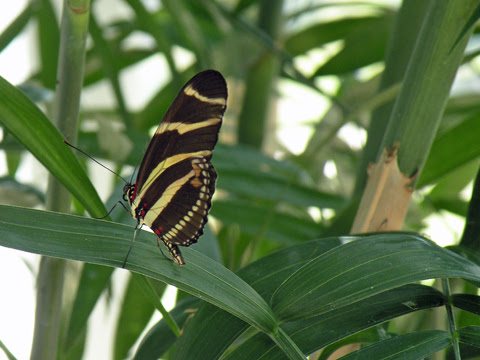 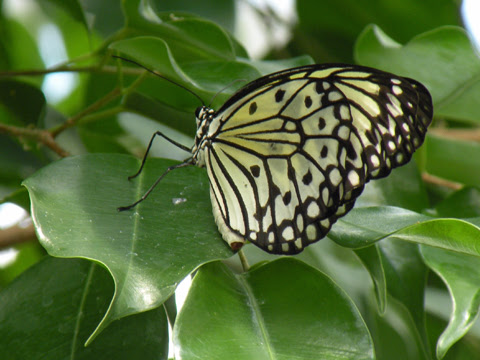 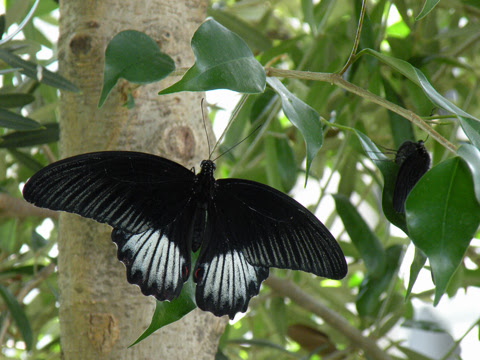 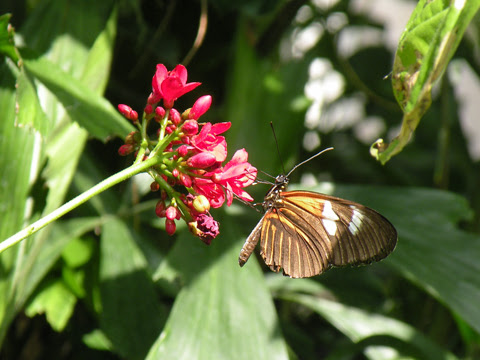 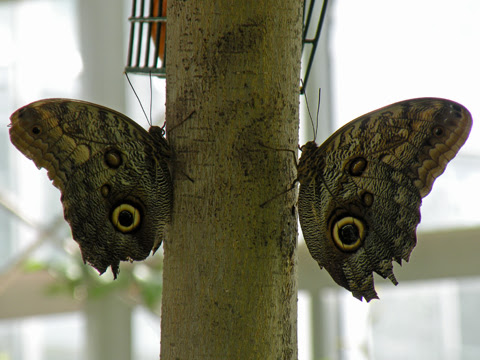 Oh my gosh! What a place to visit. Beautiful captures of butterflies. Love it so much. Thank you. May I please tell my readers about this? A great post again. Do I want a new camera or not? If I could get to such locations, the answer would surely be yes!

Of course you may! Thank you! This is the Butterflies Live exhibit at the Lewis Ginter Botanical Garden in Richmond, Virginia -- there's one at Brookside Gardens in Wheaton, Maryland too. I took these with my Nikon point-and-shoot because the D50's batteries were acting up!