Greetings from the Trial

I just spent two hours fighting with Photoshop 2021 so I will be brief. Nothing exciting went on here today anyway apart from a very little bit of snow, a nice long walk under the gray skies, and many hours of impeachment trial, which again was very upsetting but also satisfying to have laid out in such detail because on Friday, when I will not be watching after the shenanigans Cruz and Graham pulled tonight conspiring with the defense, it will all be ignored by the Republicans in the Senate, so I wanted it on the record for the Republicans elsewhere in America.

My Voyager group watched "Elogium" which remains one of my absolute favorite episodes (okay, we all agreed that Neelix is annoying, but I really was not thinking about Neelix). Then Paul and I watched Bliss, which I'd heard was kind of like The Matrix with an ending that you could read two different ways, but I really think there was very solid proof which way we're supposed to interpret the ending and Owen Wilson and Salma Hayek are quite delightful together. Since I barely got out of the house today, here are our cats watching, eating, and sleeping with us: 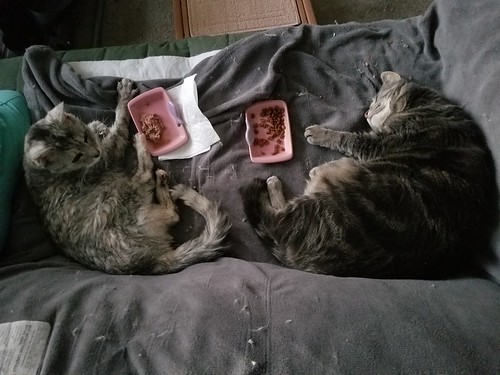 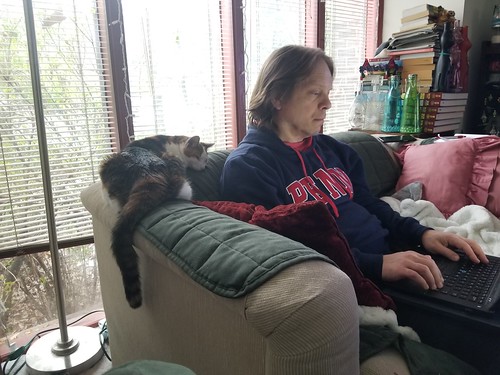 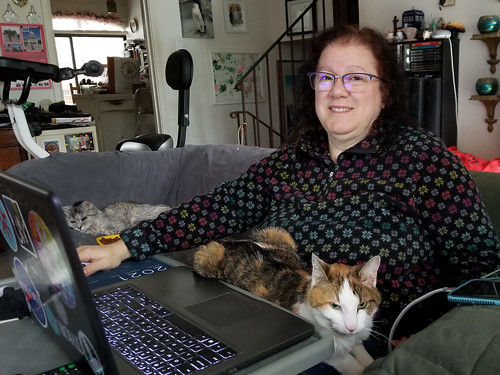 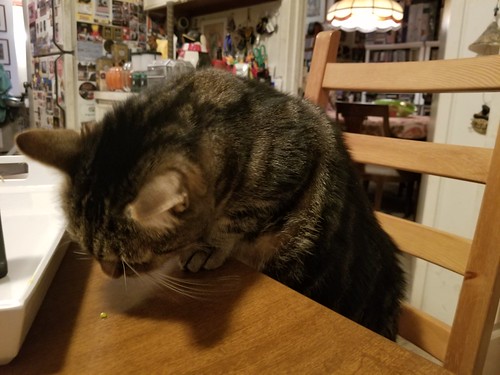 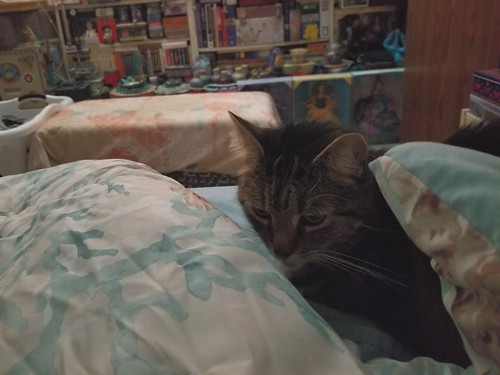 Posted by littlereview at 1:20 AM