Poem for Wednesday and Even More Snow

The snow had begun in the gloaming,
And busily all the night
Had been heaping field and highway
With a silence deep and white.

Every pine and fir and hemlock
Wore ermine too dear for an earl,
And the poorest twig on the elm-tree
Was ridged inch deep with pearl.

From sheds new-roofed with Carrara
Came Chanticleer's muffled crow,
The stiff rails were softened to swan's-down,
And still fluttered down the snow.

I stood and watched by the window
The noiseless work of the sky,
And the sudden flurries of snow-birds,
Like brown leaves whirling by.

I thought of a mound in sweet Auburn
Where a little headstone stood;
How the flakes were folding it gently,
As did robins the babes in the wood.

Up spoke our own little Mabel,
Saying, "Father, who makes it snow?"
And I told of the good All-father
Who cares for us here below.

Again I looked at the snow-fall,
And thought of the leaden sky
That arched o'er our first great sorrow,
When that mound was heaped so high.

I remembered the gradual patience
That fell from that cloud-like snow,
Flake by flake, healing and hiding
The scar of our deep-plunged woe.

And again to the child I whispered,
"The snow that husheth all,
Darling, the merciful Father
Alone can make it fall!"

Then, with eyes that saw not, I kissed her;
And she, kissing back, could not know
That my kiss was given to her sister,
Folded close under deepening snow.

Despite previous predictions that it would have ended, we had snow falling again on Tuesday, though the roads stayed clear and there was almost no new accumulation. So it was another quiet day, during which I spent too much time on the phone with CVS Caremark trying to straighten out my prescription deliveries and took a walk on the shoveled sidewalks because it was slippery and there was black ice on the path in the woods. Our neighbors have put up two more Trump signs this week, sigh. At least the local groundhog did not see his shadow. 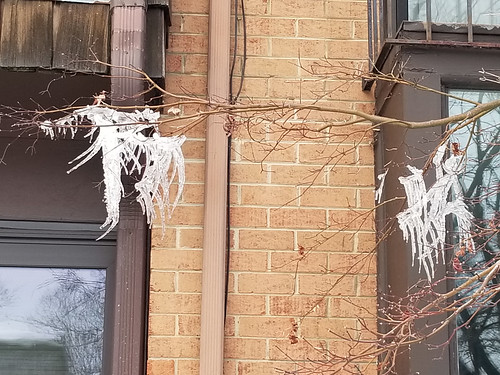 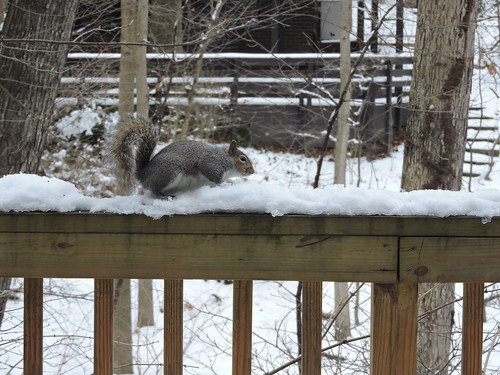 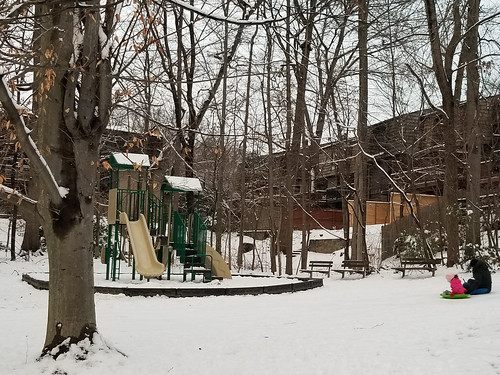 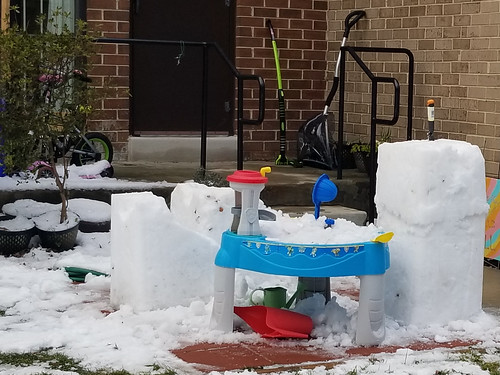 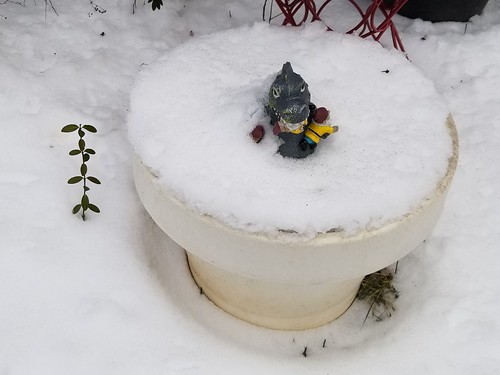 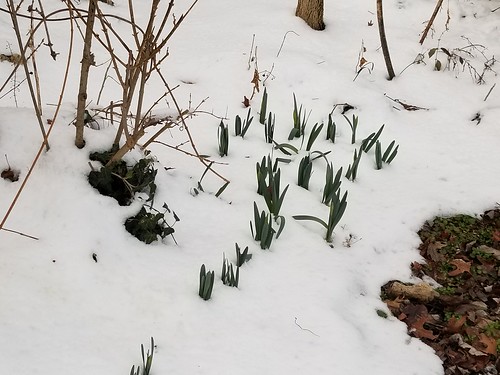 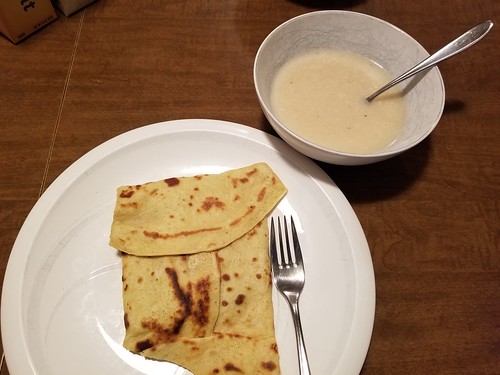 Paul made "ham" and cheese crepes for Candlemas plus a chocolate one for dessert. One of the friends with whom I watch Voyager on Tuesdays was having internet trouble, so we chatted briefly while she was on, then the other three of us watched the first episode of Star Trek: Lower Decks, which was entertaining though didn't make me want to rush to subscribe to CBS All Access. Afterward Paul and I watched Trickster, which is pretty creepy and violent at this point, but I think it only has one more episode!