We spent several hours Sunday visiting the national park on Assateague Island, passing through Ocean City plus we picked up dinner there. The rest of the time we were on the beach in Fenwick Island, so it was another glorious day -- ocean the same temperature as the air though the water was rougher than Saturday.

Under perfect partly overcast skies, we saw many horses, herons, egrets, seagulls, sandpipers, blue crabs, sand crabs, ghost crabs, and a variety of shore insects, and though there were a lot of cars, there weren't a lot of people anywhere we wanted to walk. It's easier to talk about the day in photos! 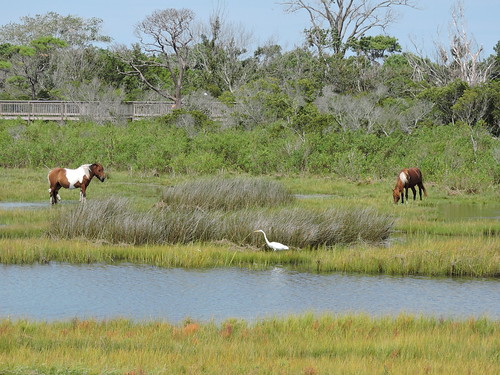 We drove to Assateague Island National Seashore by way of Ocean City in the morning. We saw dozens of horses, the most we've ever seen there... 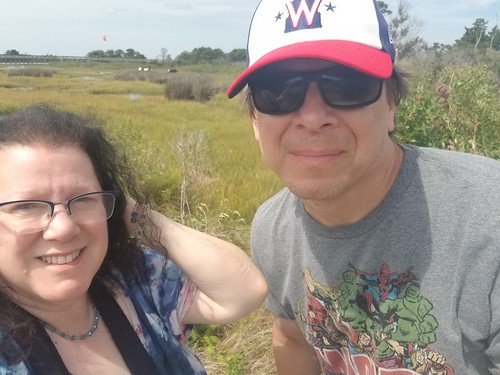 ...both in lovely natural settings like this one (you can see three of them off in the marsh behind us)... 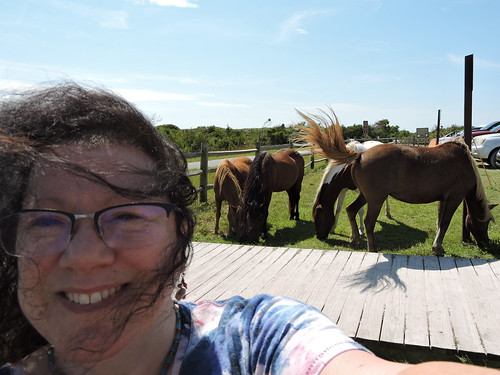 ...and blocking roads and eating grass next to parking lots. (The horses always have right of way on Assateague Island, and people are not allowed to approach, touch, or feed them.) 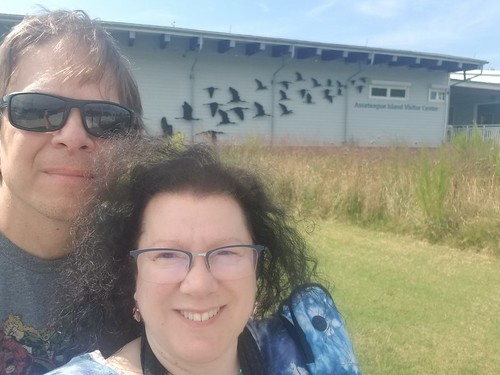 We also visited the visitor center, which has a little natural history museum... 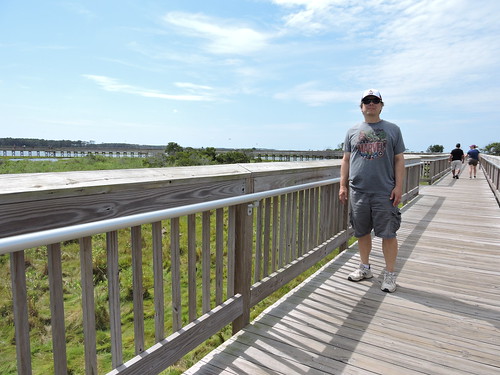 ...and walked the Life of the Marsh Nature Trail and visited the bayside crabbing and fishing boardwalks. 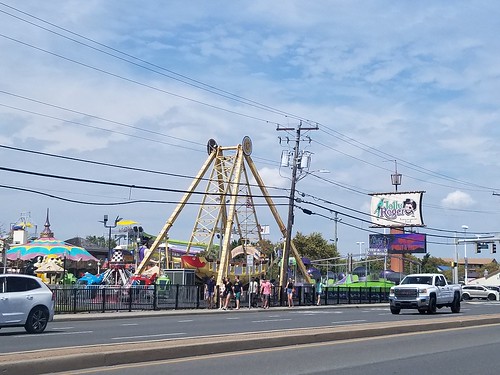 We drove back to Fenwick Island through Ocean City, where we thought about having lunch, but the beach was packed, the parking lots were mobbed, and almost nobody was masked. We did enjoy sightseeing places we've visited in the past from our car. 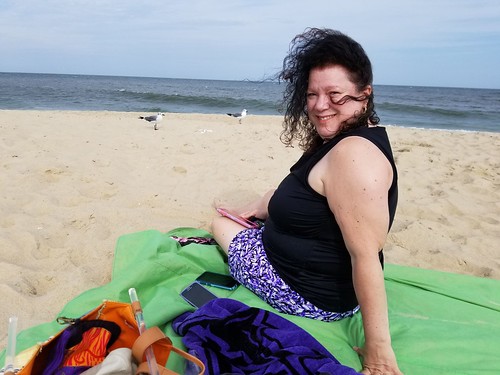 So we ate sandwiches and went to the beach for the afternoon. Here I am will hopeful seagulls who took a long time to believe that we had no food. 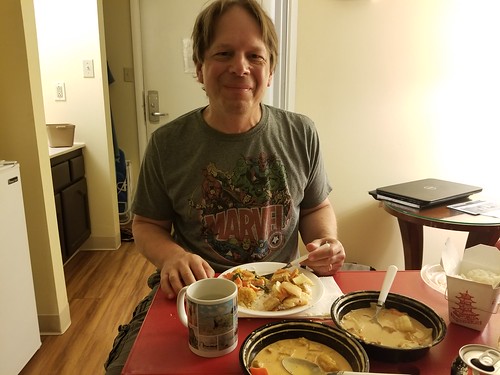 We drove back across the Maryland border to pick up superb veggie Thai food from Thai O-Cha (like a previous year when we visited, they had pumpkin curry!). Again we ate in the hotel because no masks! 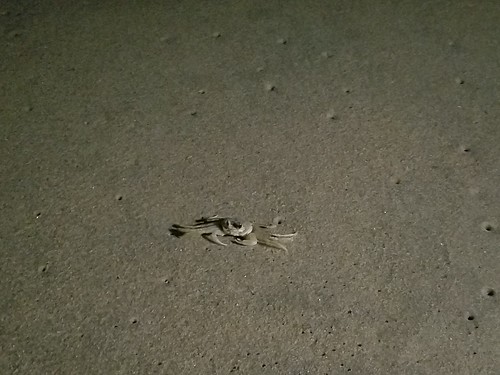 And we took another walk to look for ghost crabs. I don't know whether it's the phase of the moon or the rougher water today, but the big ones were marching all over the beach.