We woke Monday for our last walk on Fenwick Island Beach this trip to overcast skies and a bit of rain, but before we turned back to our hotel, we'd seen dolphins and many sandpipers. After we packed the car and checked out, we drove to Rehoboth Beach, which was pretty crowded and not very masked though a bit better than Ocean City. We ate Thrasher's fries and Grotto Pizza by the beach, stopped in the Sea Shell Shop and a couple of others, played a bit of skee ball at Funland, and walked the entire length of the boardwalk from one end to the other and back. Plus we walked down the beach to the ocean by the old pier, and saw more dolphins.

There was a lot of traffic on the way to the Chesapeake Bay Bridge, though the views were lovely. Paul's youngest brother, Jon, had been visiting their parents in Hanover over the weekend and was flying out of BWI very early Tuesday morning, so we met him near the airport for dinner; our original restaurant turned out to be closed, so we wound up at Crabtowne USA in Glen Burnie, where we ate outside and I got the hush puppies the beach always makes me crave. Now we're home with our cats, who aren't all that impressed to see us as our cat-sitter apparently fed them enormous quantities. A few family pics, more soon, l'shana tovah if you celebrate: 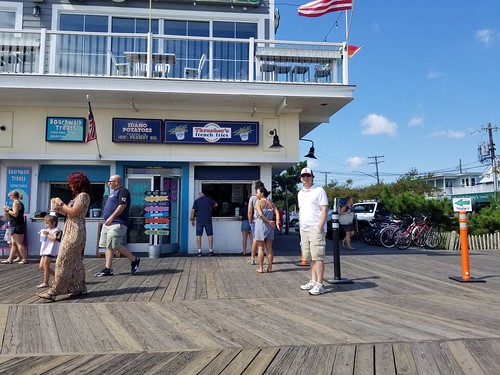 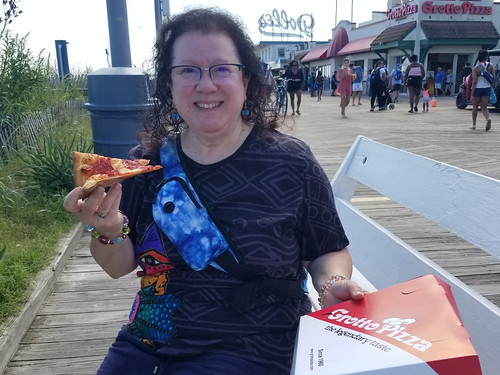 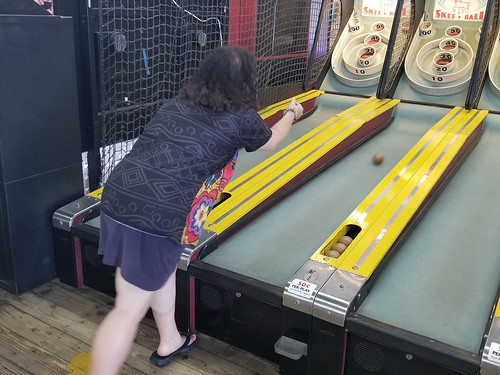 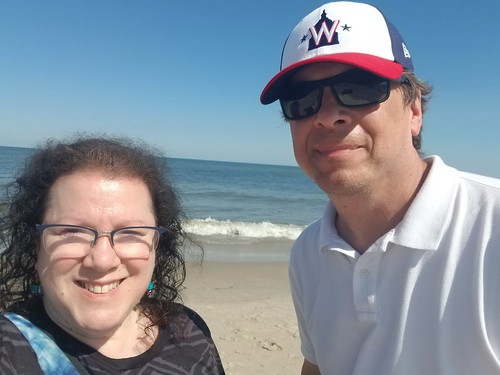 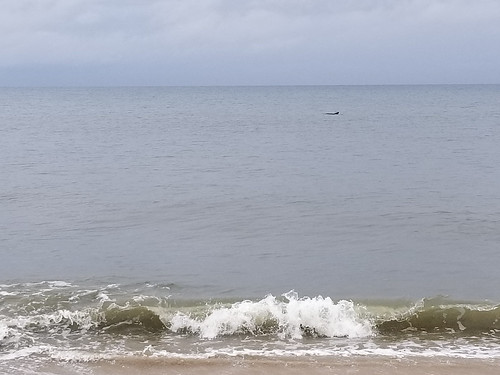 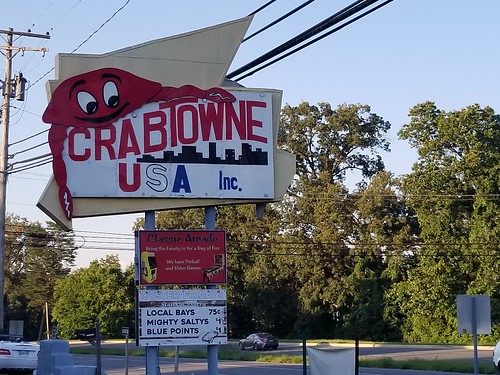 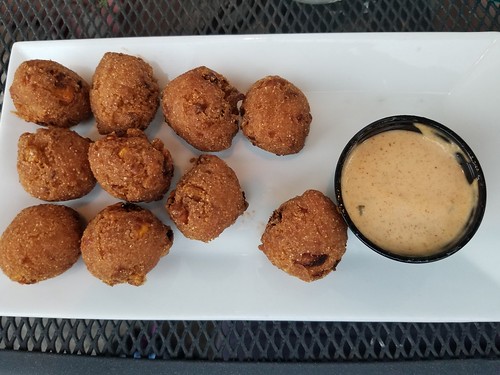 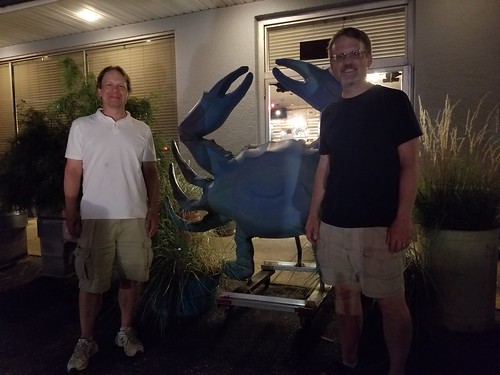