Poem for Thursday and Assateague Horses

Haphazard, hulking, & hideous,
the weathering of switch-houses & well-houses
girdling the train-trestle’s girders.
What gray railroader welded hours
on end to anchor this ancient bridge?—
an after-thought now to all but the walleye, hares,
martins, & those, like us, who must cross its truss
hoping to manage a glimpse of wild horses.
Across the river, the rocks, even, are running to rust,
ransacked by taggers, who wiled hours
marking up the monoliths with sappy glyphs. I hate them,
mostly, though the impulse still pulses: to wield hearts
without restraint, without regard—desire rising, & risen,
writ in a red so ardent the walled heats
of their scrawlings should’ve burst into flame
or bloom or the braying of wild horses
at first sight. But they don’t. Instead, they sit, squat
on the shelf of sediment, below wheeled houses
of stars which turn, turn, turn, & so I saw
love demands stirring, not of trains, well-houses,
or tired machines, but the heavy-tread trample of wildflowers
thundering the pasture of the wild heart.
& When I saw this, I saw wild horses.

I had another busy day, though no complaints -- all things that needed to get done. The trip laundries aren't finished yet, we're having some work done in one of the upstairs bathrooms starting tomorrow, and I had an eye doctor appointment for the first time in nearly two years, so it was a long one (the good news is that our insurance changed, so I can get new, lightweight glasses with sunglass clips). Plus we had to go to Giant because we were out of Cinnamon's favorite food, and we stopped at the library to pick up some DVDs. After dinner, we caught up on Burden of Truth so we can watch the new episode tomorrow; lots of interesting, flawed women on that show.

I hate zombies, so this week's What If...? was not to my liking, but I appreciate that two weeks after fridging Hope, they gave her a heroic role, and that Sharon got a turn as an Avenger after TFATWS. And Okoye kicks every kind of ass ("We don't need horror movies, we have American reality shows"), so in general it's a good episode for women. I'm glad it's always twisted true love between Wanda and Vision, but if they can do an episode where Bucky does to Steve what he does to Steve here, they owe us an episode where Bucky marries Steve. Then I watched DS9 with Cheryl -- the awesome trilogy that starts the second season! Assateague ponies: 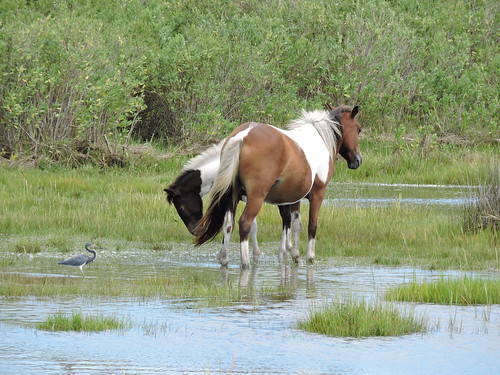 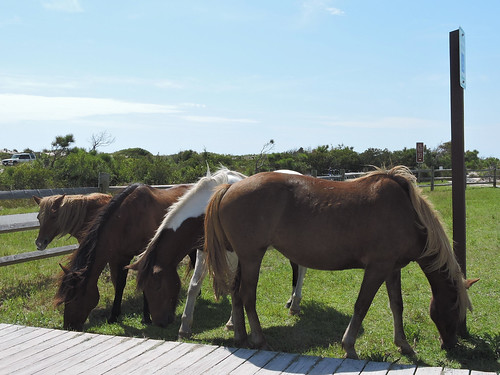 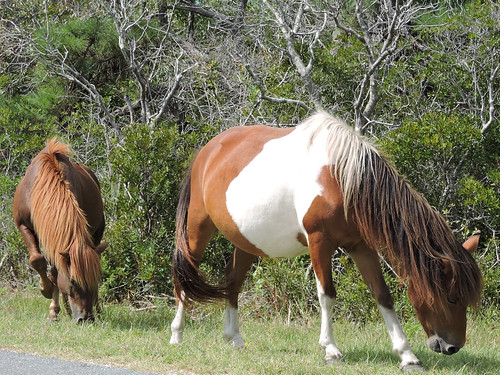 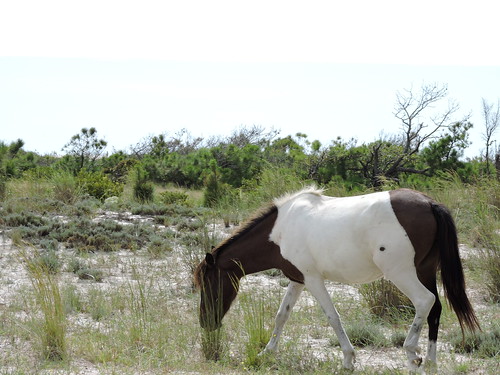 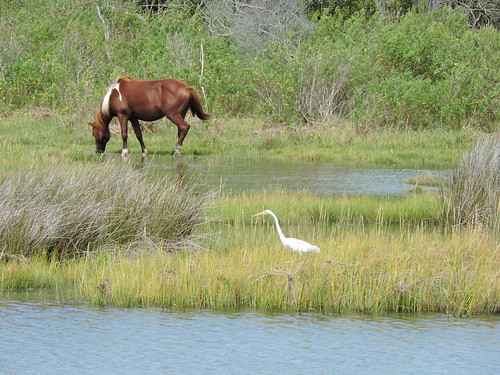 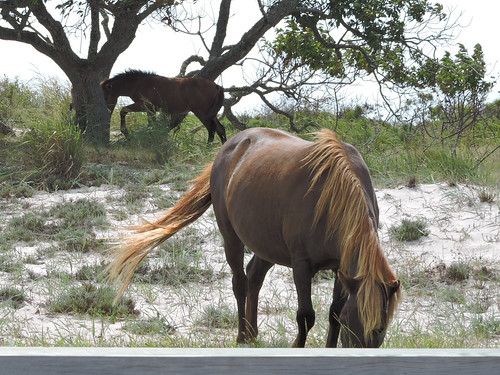 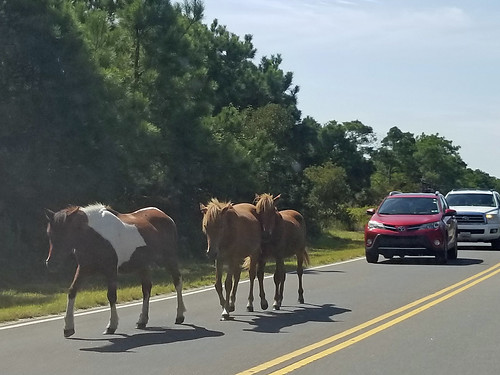 Posted by littlereview at 12:37 AM