Poem for Saturday and Holiday Celebrations

Behold the Liquid Thames frozen o're
That lately Ships of mighty Burthen bore
The Watermen for want of Rowing Boats
Make use of Booths to get their Pence & Groats
Here you may see beef roasted on the spit
And for your money you may taste a bit
There you may print your name, tho cannot write
Cause num'd with cold: tis done with great delight
And lay it by that ages yet to come
May see what things upon the ice were done.

For my friends in London (especially Ethel King) trying to navigate in the snow.

It was quite a cold but pretty Friday, and when I wasn't working on my not-very-happy review of "Journey's End", I was outside admiring the birds and squirrels both on our deck and in the woods (no deer today, though there were earlier in the week). Daniel's school reported that they'd caught whoever stole his backpack -- if he files an incident report, he may be able to get some of his things back, though I'm not sure whether that will work with the cash or only the phone and flash drive. Just the phone would be wonderful to retrieve!

We had dinner for Shabbat and Chanukah with my parents -- latkes, faux Swedish meatballs, faux chicken, donuts -- and exchanged gifts. I got a Jewish-themed bracelet and cash which is going toward my Kindle once I have birthday money too; the kids had asked for and received cash since they're both saving up for big electronics. We got my parents games to play with their grandkids, and we got my dad Redskins history DVDs. 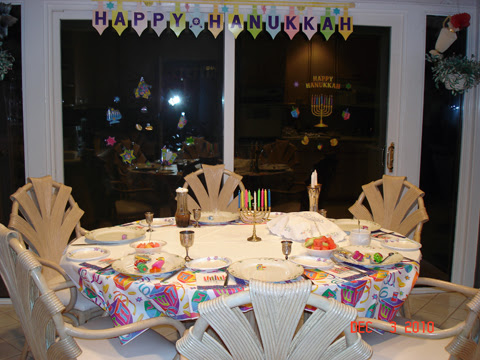 Mom's photo of the kitchen table. 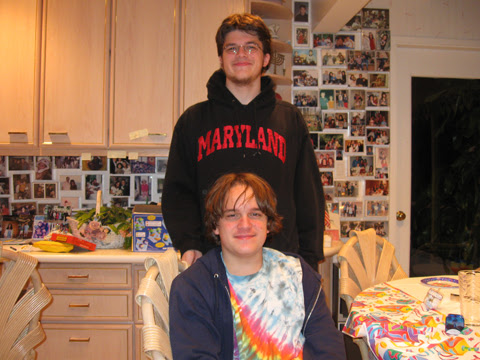 My kids waiting for dessert. 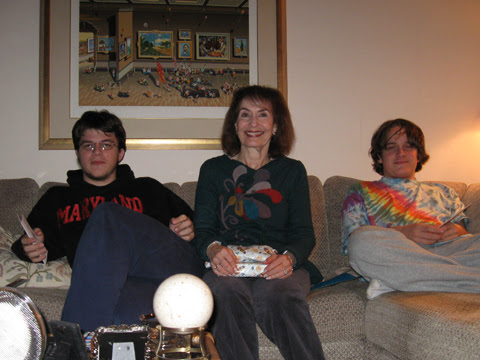 Mom and the kids with their presents. 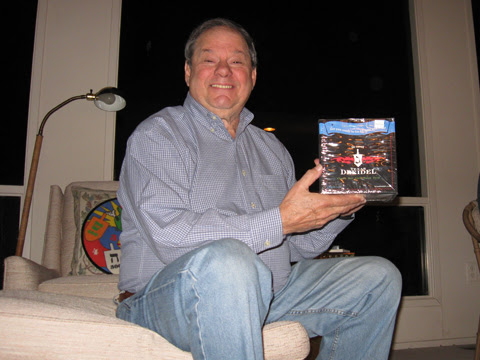 Dad with No Limit Texas Dreidel. 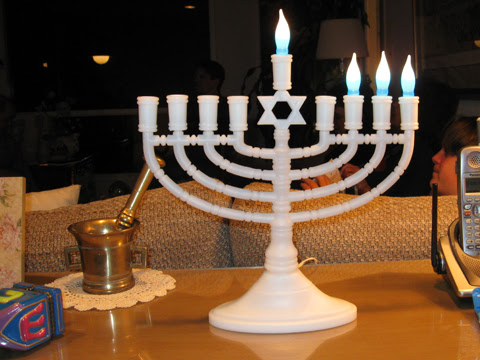 We lit the real menorah. This is the electronic one. 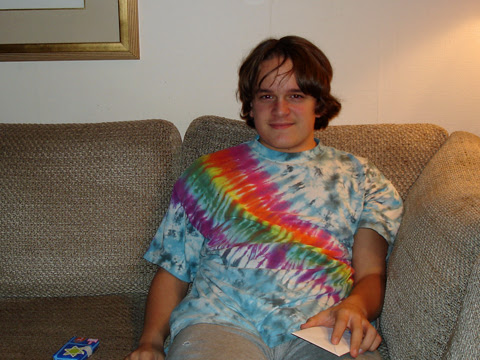 Younger son only wanted cash, since he is saving up to buy a camera. 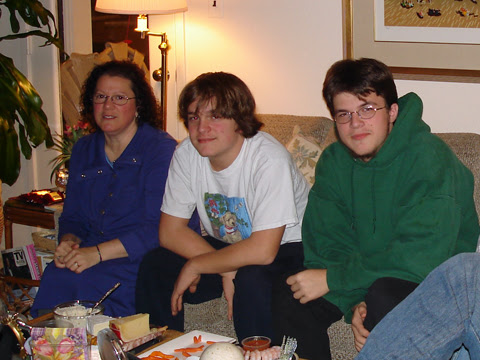 Here are a couple of photos from Thanksgiving, too... 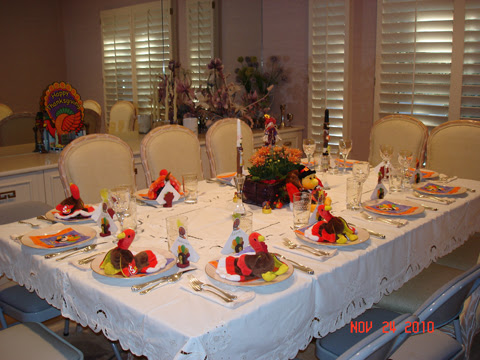 ...like the table before we sat down to eat.

Friday evening TV was awesome. First Smallville gave me three gifts: LIONEL! And AU!Tess confronting Daddy Luthor (though I was really sorry for a few seconds that she was his daughter because they would be so hot having sex)! And AU!Lionel NOT DEAD ANYMORE! Apart from a niggling fear that they're setting John Glover up as the major villain because they can't get Michael Rosenbaum to agree to appear in the finale, nothing could make me happier than having Lionel back. I love this show's insistence that nurture is more powerful than nature in determining who someone will grow up to be, though I wish in that regard there would be a Lex clone who'd break the mold...preferably the one to whom Tess is attached. If Lex comes back in the end as Clark's ally against Lionel, that would totally work for me no matter how much it violates comic canon.

Then on Sanctuary we got the return of Peter Wingfield's Dr. Watson and Christopher Heyerdahl's John Druitt! I never read spoilers for that show so I had no idea that was coming! And any time there's a flashback with Amanda Tapping in Victorian clothes (or Clark Kent in Bad!Clark clothes), no matter how anachronistic, I am very happy. LiveJournal has been down for maintenance all evening, so I couldn't get to my scrapbook or drafts, so now I shall end and post this while I can!
Posted by littlereview at 12:04 AM