The Snow that never drifts —
By Emily Dickinson

The Snow that never drifts —
The transient, fragrant snow
That comes a single time a Year
Is softly driving now —

My Thursday was not as exciting as my Wednesday out of town, but it was still a good day. Denise drove down from Baltimore and we met for lunch at Mirch Masala in the mall before going to a Pokemon EX raid together, my second of the day. Then we came back to my house, watched some Doctor Who, and ate some candied almonds.

Paul and I ate our excellent leftover Asian food for dinner, then we watched the first two episodes of the new season of The Marvelous Mrs. Maisel, which were uneven; I adored her feminist fury at the sexism of the business, not so much her mother's situation. Some Christmas trees at Longwood Gardens, including the floating ones: 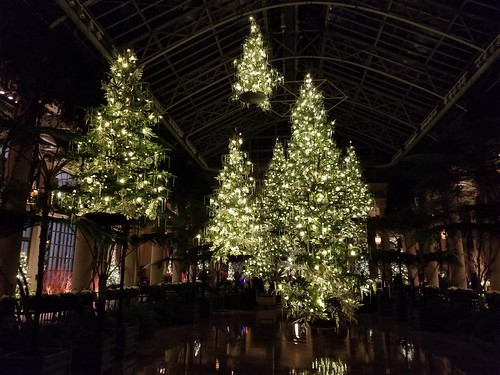 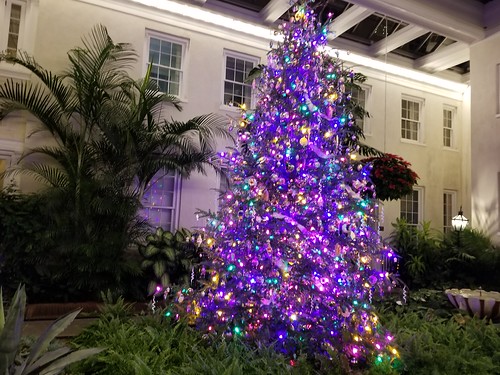 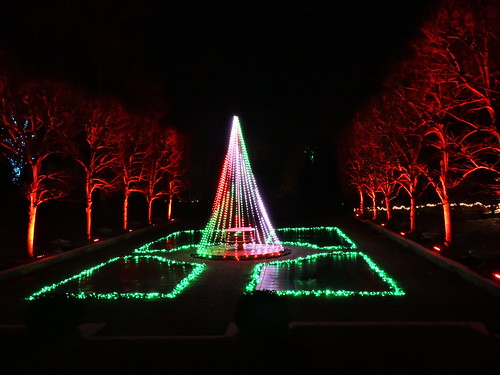 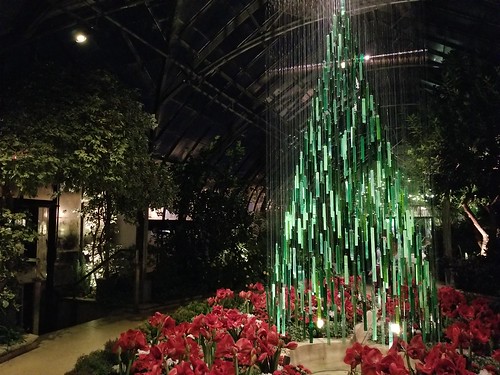 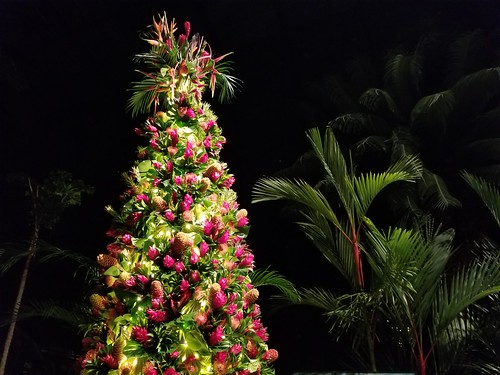 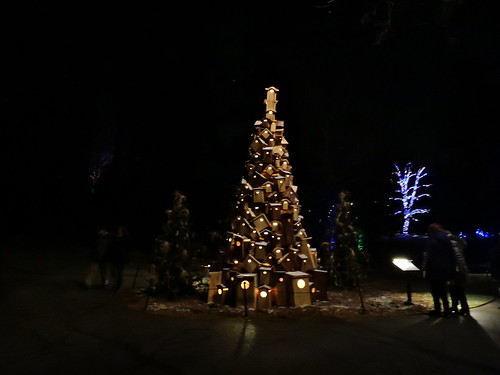 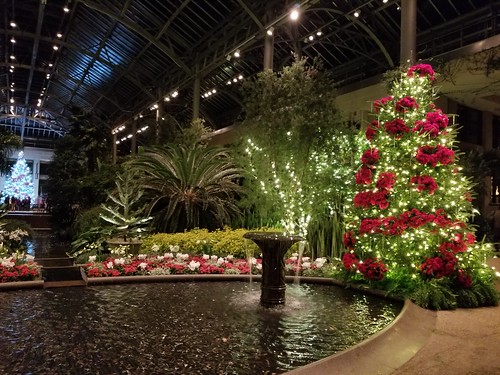 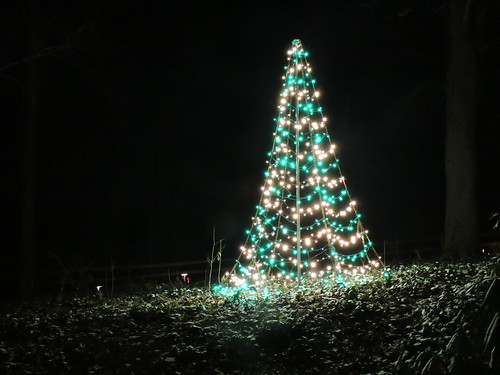