The Forest at the Edge of the World
By Rynn Williams

Today I left groceries by the playground on Hudson
and tried to haul, up toward my block,
a cross section of a maple grown too large,
chainsawed into manhole covers. Alphonso,
Super for All Buildings east of the projects,
stopped sweeping. He leaned his bald broom
against the stoop, nudged the wood with his toe.
“Nothing to do but roll it,” he said, hands
deep in his pockets. I nodded,
barely believing my luck in the midst of asphalt,
transistor radios, and the wet smell of dogs
as he squatted eye level with the log, heaved it
against his shoulder like a man who bears
a handmade cross for miles on his pentitent back.
I saw a kind of glory in his eyes, he understood
the heft of the trunk, nicks in the damp bark.
I stood on the side and righted the thing
and together we rolled this boulder of tree
past the Indian deli, the Russian shoe repair,
the Caribbean bakery. “You can smell the forest,”
he said, as we reached my stoop, wood
in the crook of his neck, sawdust and humus and sweat.
And we hoisted the thing, one step at a time, stopping
only to breathe the scent of sap and after a good half hour
it was filling the whole of my apartment—
the shade, the damp smell, that enormous presence—
light brown rings so perfect my whole life
fell right down inside them, concentric circles,
tree within tree, the single slab a world within itself—
suddenly it was thirty-five years ago:
I stood on the edge of a forest, someplace upstate,
and looked up into the branches of my first
true and majestic tree, in the first real forest—trees
instead of buildings. Oh the breadth of those limbs—
after the taut geometry of elevator, fire escape, lobby,
to see through branches to the sun—I believed
the world was mine, there was sap in my veins,
the tree was limitless, the scent of the tree,
the bark and the branch and the six-year-old sightline,
which goes on to the edge of the known world.

I went to an EX raid at Montgomery Mall this morning, where I caught a Deoxys but the real fun of playing Pokemon Go today was trainer battles -- I actually beat some guys half my age, though we were all mostly just testing what we could do, not really competing. Plus someone in the group was just back from Australia and traded me some Pokemon from places with names like Indooroopilly, which is the greatest suburb name in the world.

Pretty much the entire rest of my day was devoted to finally getting my holiday cards in the mail, with the exception of two going to people whose addresses have changed and the ones in the neighborhood I will put through people's mail slots myself. The line was so long and people were so cranky at the post office that I bought Santa stamps from the machine to avoid it even for Jewish relatives, but the overseas stamps are entirely white.

I had so much catch-up to do online in the evening that I watched nothing but the occasional glance at the Chargers-Chiefs game, which apparently was very close and quite exciting but I was very distracted. One of Longwood Gardens' holiday displays this year were these color-changing globes in the woods that reminded me of the Bruce Munro exhibit with the Forest of Light from 2012, which I didn't have the right camera to do justice photographing: 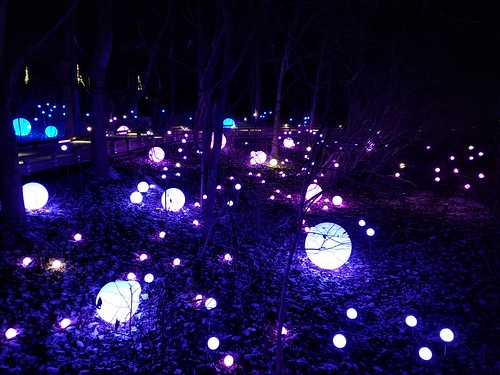 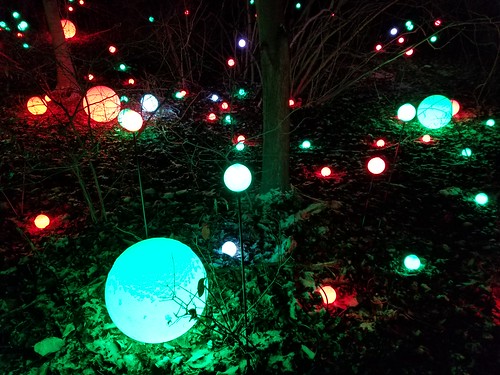 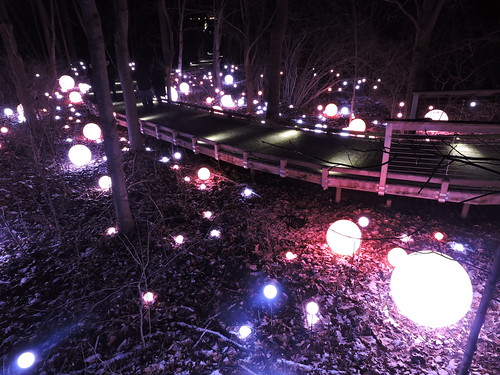 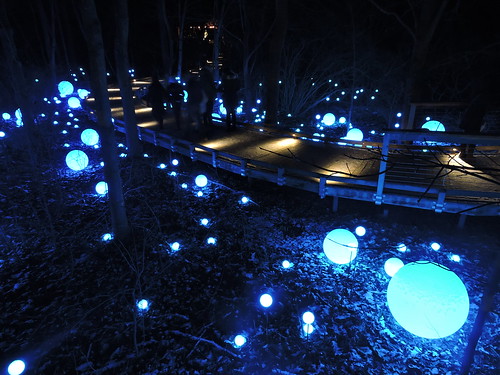 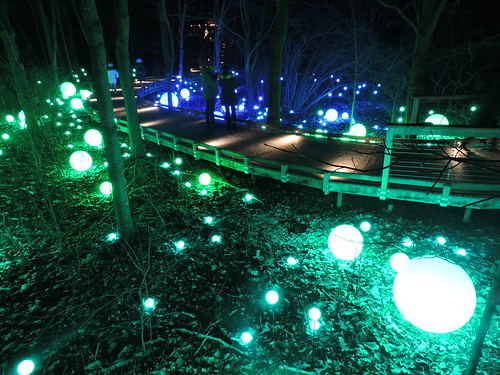 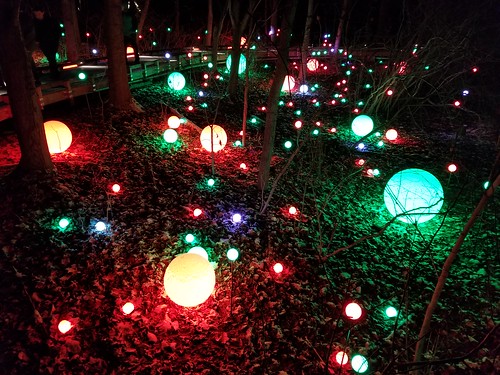 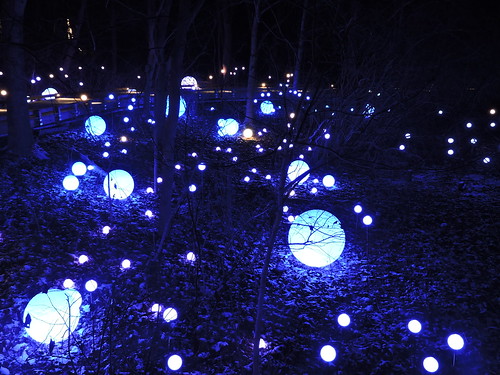 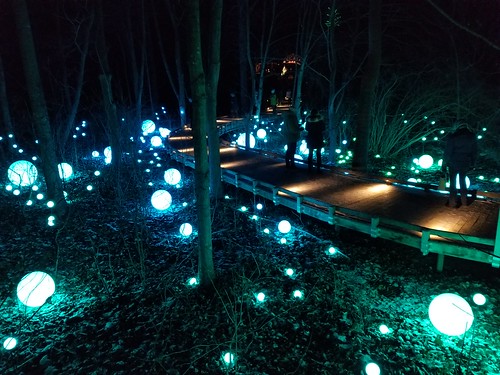 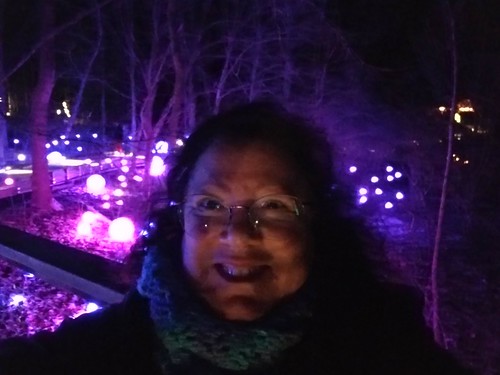