Would you please
leave the $2.50 you owe me
I would rather not talk about it
just now           Money bores me I would like
to visit someone who will stay
in bed all day           A forest is rising
imperceptibly in my head
not a civilized park

I think it would be nice this "new
moral odor" no it would not mean
"everything marching to its tomb"
The water tower
watches over us            Is there someone
you would like to invite        no one.

We had a very low-key Christmas Eve. Adam got home around lunchtime from his movie marathon, we all hung out for a while reading news parodies, then we went to Cabin John Park for a walk by the creek (surprisingly low given the high water at Great Falls). Later we went to Washingtonian for dinner with the Helgesens and their older son's girlfriend; CPK was trying to close early, but when they realized all nine of us were pissed off and they still had pick-up orders to finish, they let us eat there. We walked back along the lakeside to see the displays, then came home and watched Crazy Rich Asians since Daniel and Adam had not seen it. Merry Christmas if you celebrate! 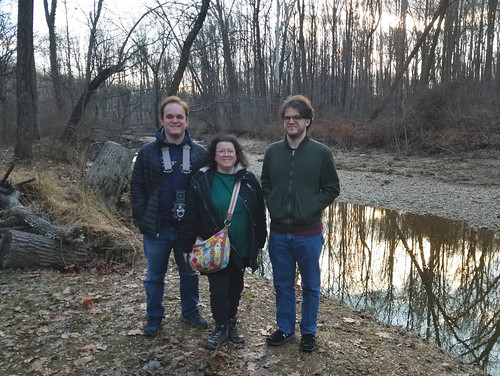 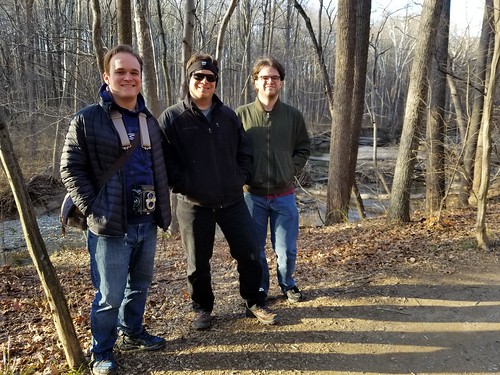 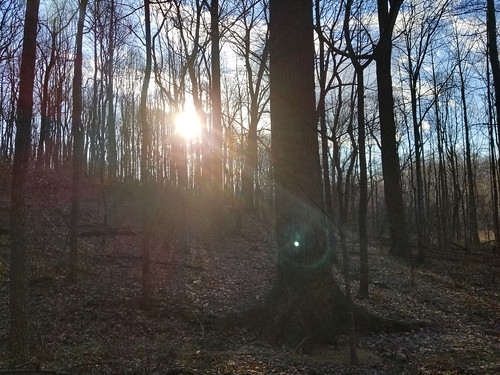 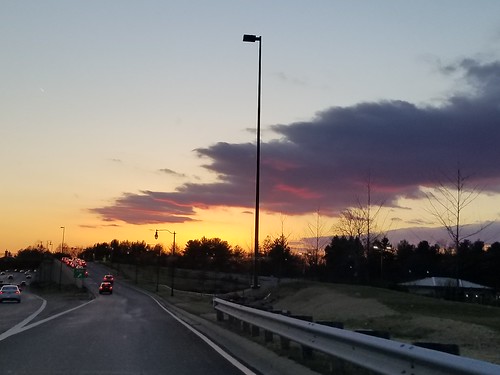 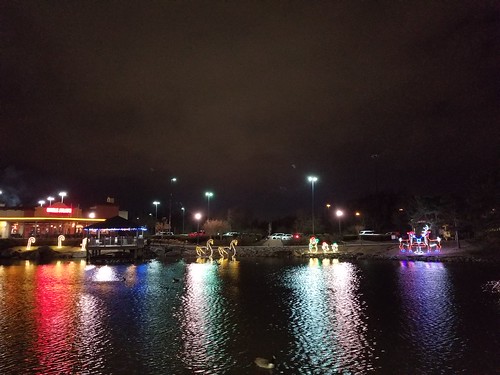 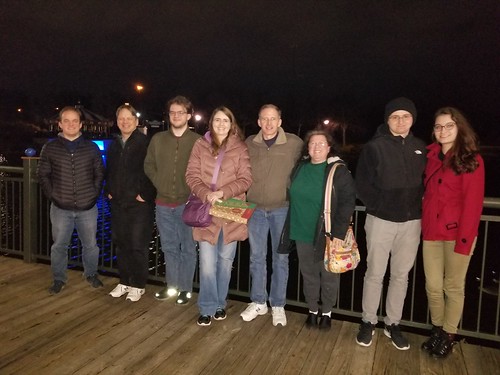 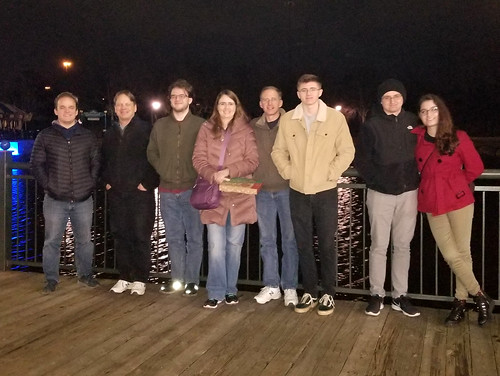 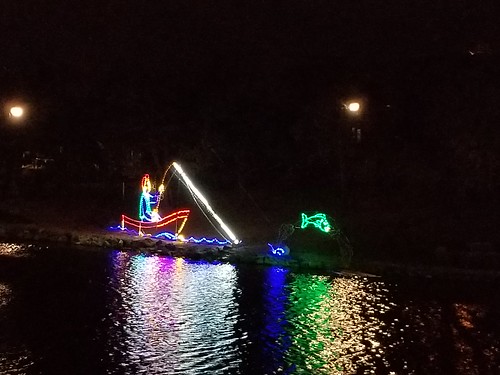