Poem for Tuesday and 2004 Cicadas

Cicadas at the End of Summer
By Martin Walls

Whine as though a pine tree is bowing a broken violin,
As though a bandsaw cleaves a thousand thin sheets of
titanium;
They chime like freight wheels on a Norfolk Southern
slowing into town.

But all you ever see is the silence.
Husks, glued to the underside of maple leaves.
With their nineteen fifties Bakelite lines they'd do
just as well hanging from the ceiling of a space
museum —

What cicadas leave behind is a kind of crystallized memory;
The stubborn detail of, the shape around a life turned

The color of forgotten things: a cold broth of tea & milk
in the bottom of a mug.
Or skin on an old tin of varnish you have to lift with
lineman's pliers.
A fly paper that hung thirty years in Bird Cooper's pantry
in Brighton.

Monday was very much a Monday -- writing, weekend photo sorting, laundry, cleaning up after cats -- plus enjoying gorgeous weather and walking through the neighborhood, irises starting to fade, roses coming in. I caught up with a bunch of people who messaged me over the weekend while I was busy with other people.

And we caught up on Legends of Tomorrow, which was hilarious, before Debris, which was dramatic and sad (and too many dead women but that isn't Bryan's fault). I was talking about the impending cicada arrival on Facebook which made me think about these photos of kids and cats from the previous cicada arrival in 2004: 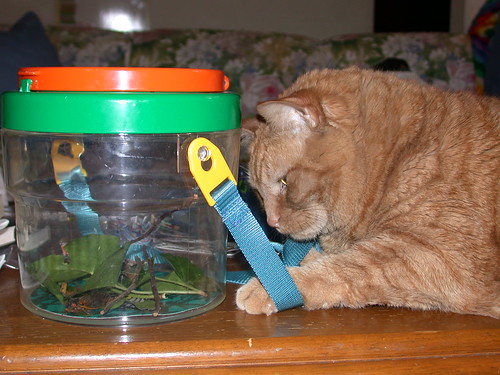 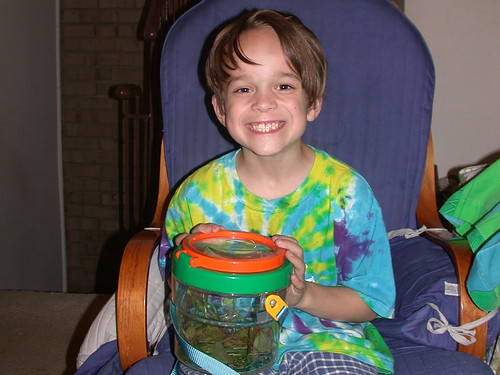 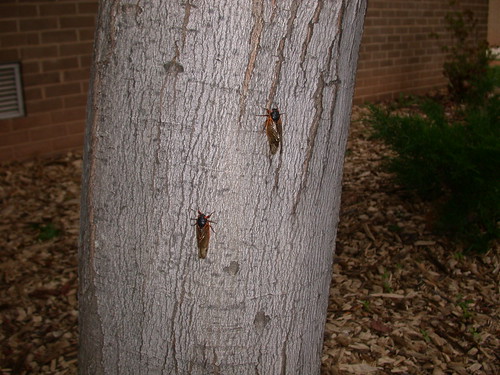 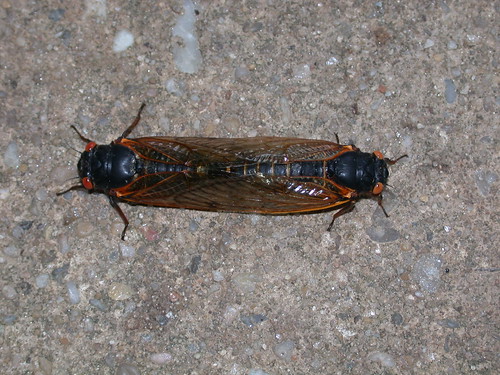 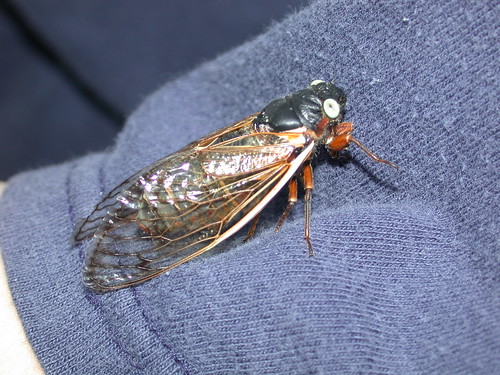 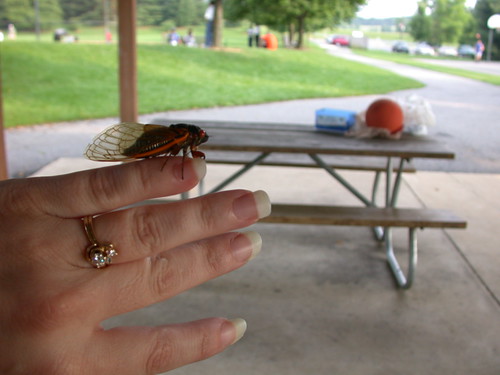