Poem for Wednesday and Canal Turtles

The Turtle Shrine Near Chittagong
By Naomi Shihab Nye

Humps of shell emerge from dark water.
Believers toss hunks of bread,
hoping the fat reptilian heads
will loom forth from the murk
and eat. Meaning: you have been
heard.

I stood, breathing the stench of mud
and rotten dough, and could not feel
encouraged. Climbed the pilgrim hill
where prayers in tissue radiant tubes
were looped to a tree. Caught in
their light, a hope washed over me
small as the hope of stumbling feet
but did not hold long enough
to get me down.

Rickshas crowded the field,
announced by tinny bells.
The friend beside me, whose bread
floated and bobbed,
grew grim. They’re full, I told him.
But they always eat mine.

That night I told the man I love most
he came from hell. It was also
his birthday. We gulped lobster
over a white tablecloth in a country
where waves erase whole villages, annually,
and don’t even make our front page.
Waiters forded the lulling currents
of heat. Later, my mosquito net
had holes.

All night, I was pitching something,
crumbs or crusts, into that bottomless pool
where the spaces between our worlds take root.
He would forgive me tomorrow.
But I wanted a mouth to rise up
from the dark, a hand,
any declarable body part, to swallow
or say, This is water, that is land.

Tuesday was very hot until the afternoon thunderstorm that terrified at least two of the cats cooled things off. I would like to claim that I was very industrious, but a bunch of new Pokemon came out and I spent a bunch of time catching them and doing raids with my local group, too (and saw frogs in the park). Since it was May the Fourth, we had Poe-boys with Rey-moulade sauce for lunch and Boba Fettuccine for dinner, plus Wookie Cookies.

My Voyager group watched "Threshold" -- possibly not my least favorite episode of the series but unquestionably the worst! Then I watched this week's Lena-and-adult-Kara-less kinda-meh Supergirl, and even less enthralling Zoey's Extraordinary Playlist which I desperately wish was a show about Mo and Simon in which Zoey, her family, and especially Max were very minor characters. Turtles from the canal near Lockhouse 10: 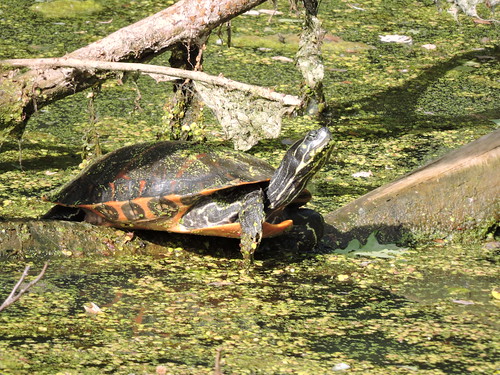 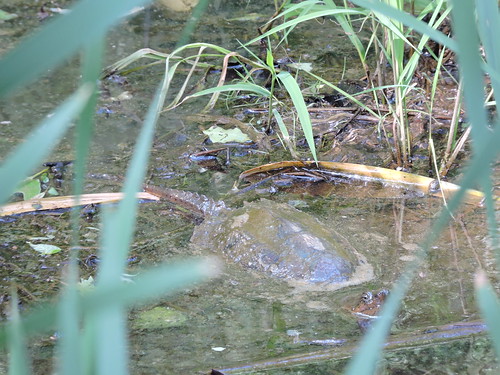 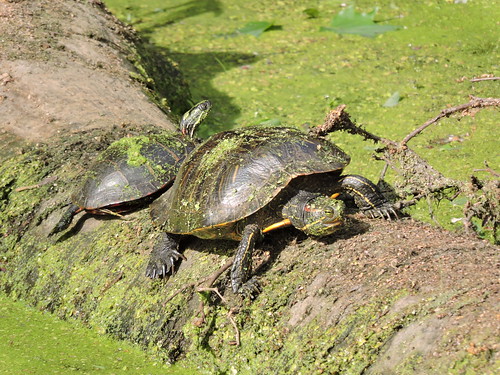 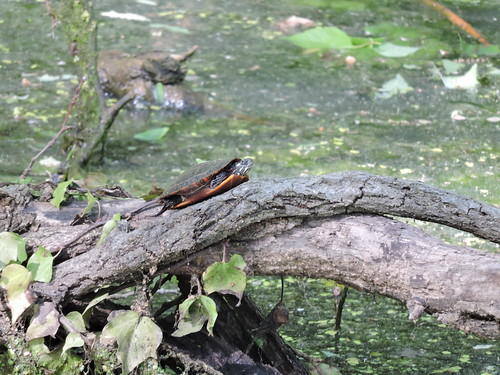 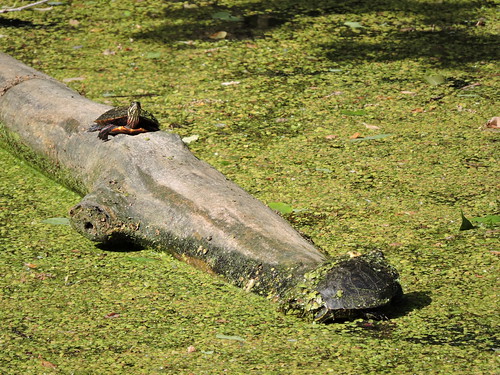 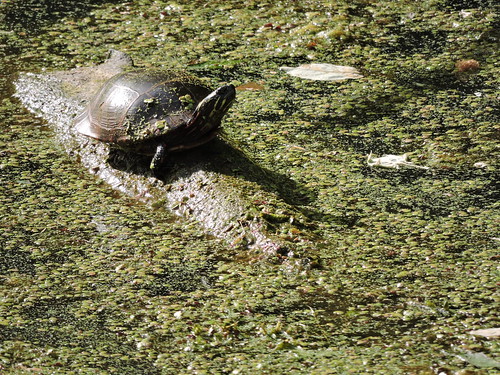 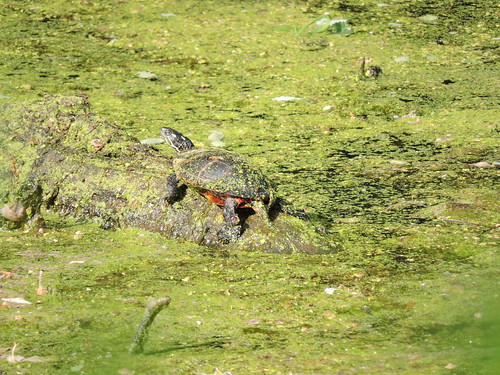