Poem for Tuesday and Hungry Squirrel

The Raincoat
By Ada Limón

When the doctor suggested surgery
and a brace for all my youngest years,
my parents scrambled to take me
to massage therapy, deep tissue work,
osteopathy, and soon my crooked spine
unspooled a bit, I could breathe again,
and move more in a body unclouded
by pain. My mom would tell me to sing
songs to her the whole forty-five minute
drive to Middle Two Rock Road and forty-
five minutes back from physical therapy.
She’d say, even my voice sounded unfettered
by my spine afterward. So I sang and sang,
because I thought she liked it. I never
asked her what she gave up to drive me,
or how her day was before this chore. Today,
at her age, I was driving myself home from yet
another spine appointment, singing along
to some maudlin but solid song on the radio,
and I saw a mom take her raincoat off
and give it to her young daughter when
a storm took over the afternoon. My god,
I thought, my whole life I’ve been under her
raincoat thinking it was somehow a marvel
that I never got wet.

I spent many hours on Monday on the ongoing sorting-and-cleaning project, which has now involved selling several Barbies and kids' toys in the Facebook Marketplace and packing five, yes, five boxes of media books -- mostly Star Trek, but not an insignificant amount of X-Files, Hercules/Xena, Buffy, and other shows I reviewed -- to give to the same guy I gave most of the Trek novels to several years ago. One of the Barbies was picked up in the afternoon, after which we took a walk when it started to cool off.

We had a ridiculously enjoyable evening watching the Warriors-Pelicans game on ESPN2, which was showing the game as a crossover event with Marvel in which several players are supposedly sponsored by Avengers and the arena and studio were decorated with props, plus the baskets were emphasized with Marvel-themed virtual fireworks and all the graphics were in comic sans. Then we watched Debris, which wasn't quite the episode advertised but was still dramatic and moving. We finally donated our Halloween pumpkin to a friend: 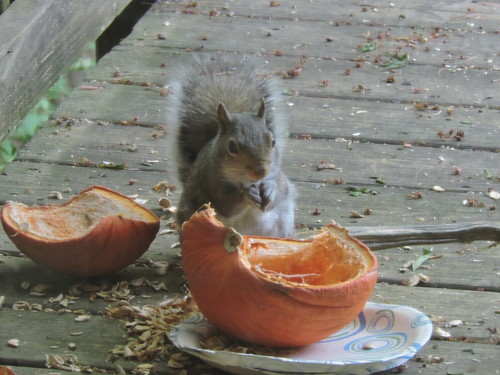 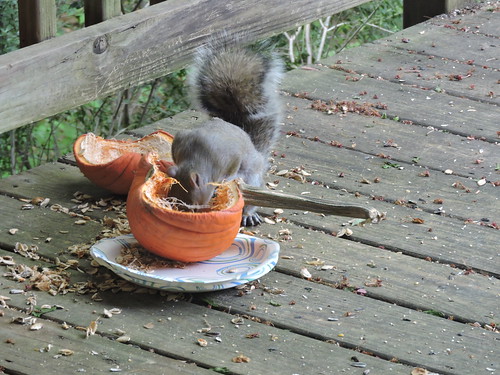 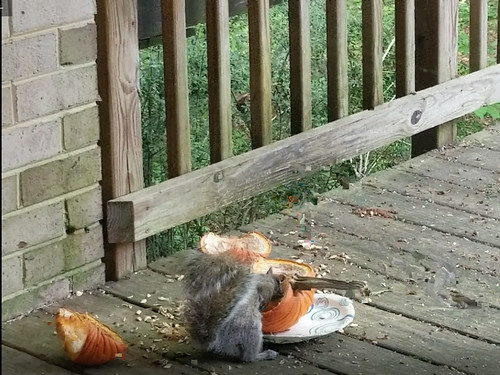 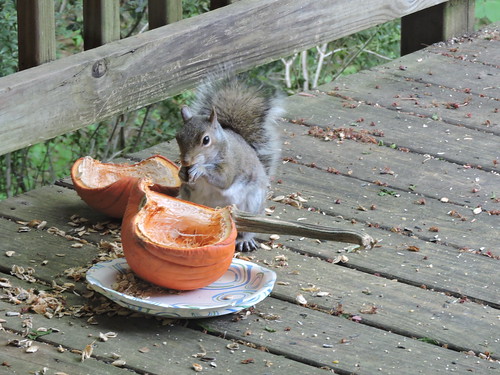 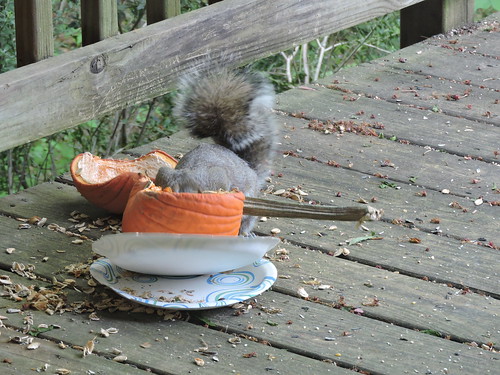 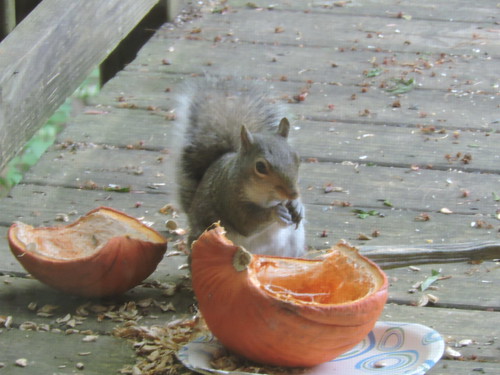 Posted by littlereview at 1:32 AM