Extreme quickie, we're watching Eternals, which I am enjoying more than its reviews though that is largely a function of Gemma Chan, Salma Hayek, and Angelina Jolie kicking ass (Richard Madden looks fine but I'm still mad at him for cheating on Taron Egerton in Rocketman). Before that, we watched this week's Book of Boba Fett, which had some new elements I enjoyed, and took a walk before eating enchiladas for dinner.

It was otherwise a quiet day. I did a bunch of chores and scanned a bunch of Paul's parents' photos and papers (these are the ones they want back, which I wanted to make sure we had copies of; there are lots of letters they don't want to save but we do). Paul and Daniel took turns having phone meetings and we watched some Lovecraft Country together in between. Here is one of the many visitors to our deck during this snowy season: 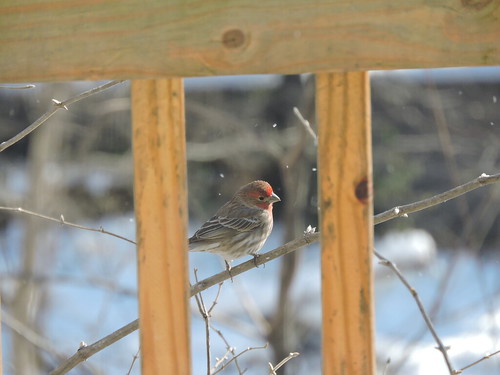