The Farm
By Joyce Sutphen

My father’s farm is an apple blossomer.
He keeps his hills in dandelion carpet
and weaves a lane of lilacs between the rose
and the jack-in-the-pulpits.
His sleek cows ripple in the pastures.
The dog and purple iris
keep watch at the garden’s end.

His farm is rolling thunder,
a lightning bolt on the horizon.
His crops suck rain from the sky
and swallow the smoldering sun.
His fields are oceans of heat,
where waves of gold
beat the burning shore.

A red fox
pauses under the birch trees,
a shadow is in the river’s bend.
When the hawk circles the land,
my father’s grainfields whirl beneath it.
Owls gather together to sing in his woods,
and the deer run his golden meadow.

My father’s farm is an icicle,
a hillside of white powder.
He parts the snowy sea,
and smooths away the valleys.
He cultivates his rows of starlight
and drags the crescent moon
through dark unfurrowed fields.

I had to get up early on Tuesday for my first in-person check-up since the pandemic started, with my "new" doctor of two years whom I've seen online three times. She's great and I am now vaccinated against pneumococcal pneumonia, which my A1C apparently makes me eligible for under 65. Everyone here had work to do on Tuesday, so it was otherwise a pretty quiet day with a walk in the cold in the late afternoon. We had Impossible Burgers for dinner.

My entire Voyager group was able to come watch "Fair Trade" tonight -- bad episode, good viewing -- and afterward we finished bingeing HBO's Watchmen with son, which remains excellent. Here are some of the model trains that were on display at the US Botanical Garden, which traveled past models of sustainable farms including a Kansas wheat farm, a Mexican onion farm, a Nepalese terraced rice farm, and a California artichoke farm: 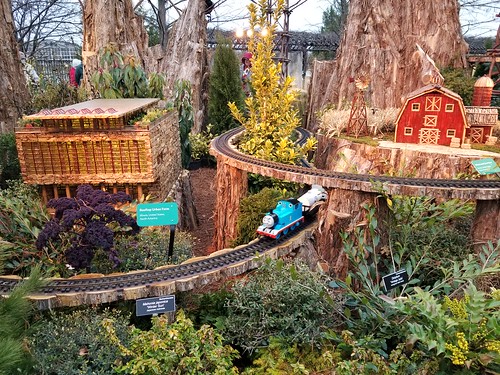 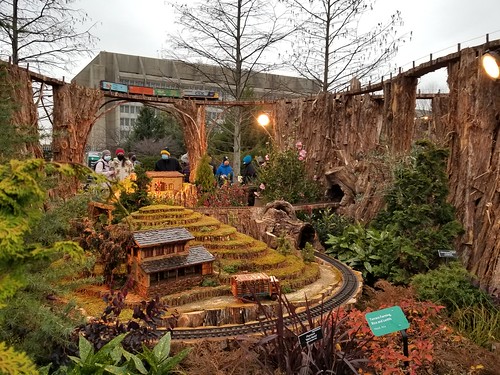 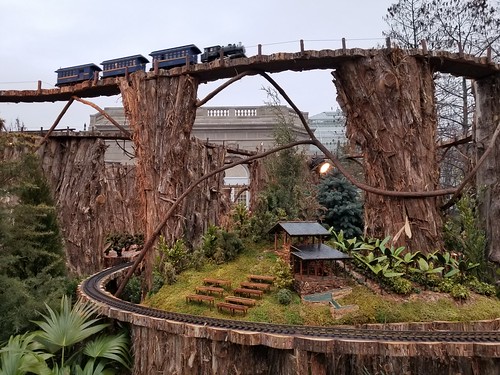 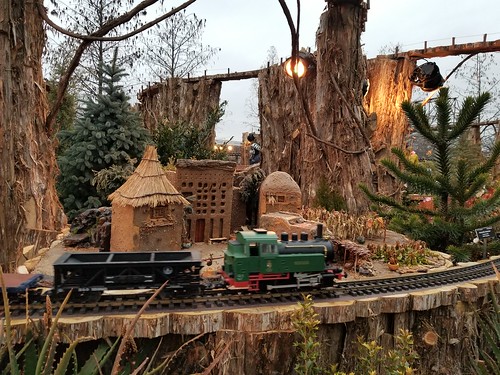 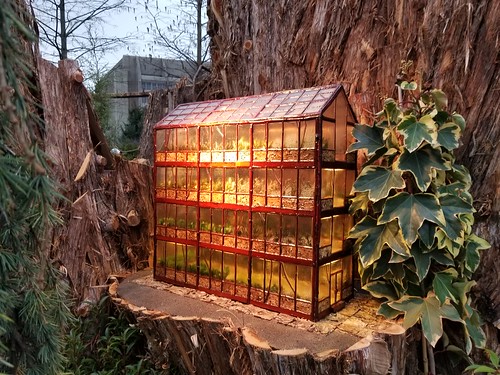 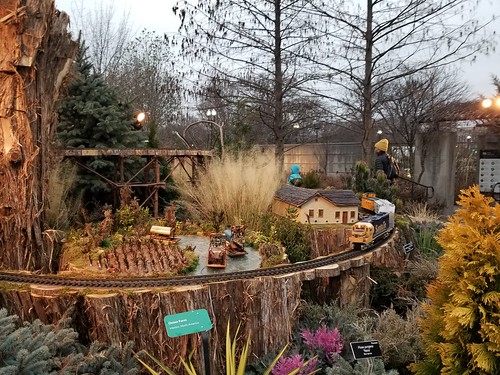 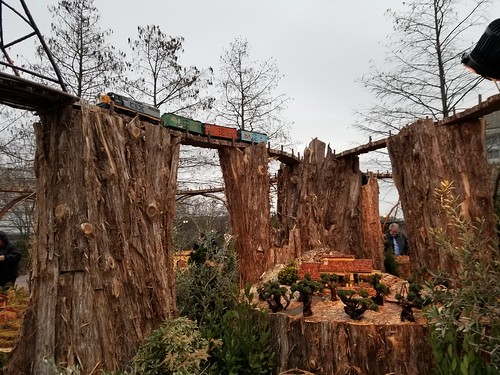