Poem for Friday and School Winding Down

Because it looked hotter that way
By Camille Dungy

we let our hair down. It wasn't so much that we
worried about what people thought or about keeping it real
but that we knew this was our moment. We knew we'd blow our cool

sooner or later. Probably sooner. Probably even before we
got too far out of Westmont High and had kids of our own who left
home wearing clothes we didn't think belonged in school.

Like Mrs. C. whose nearly unrecognizably pretty senior photo we
passed every day on the way to Gym, we'd get old. Or like Mr. Lurk
who told us all the time how it's never too late

to throw a Hail Mary like he did his junior year and how we
could win everything for the team and hear the band strike
up a tune so the cheer squad could sing our name, too. Straight

out of a Hallmark movie, Mr. Lurk's hero turned teacher story. We
had heard it a million times. Sometimes he'd ask us to sing
with him, T-O-N-Y-L-U-R-K Tony Tony Lurk Lurk Lurk. Sin

ironia, con sentimiento, por favor, and then we
would get back to our Spanish lessons, opening our thin
textbooks, until the bell rang and we went on to the cotton gin

in History. Really, this had nothing to do with being cool. We
only wanted to have a moment to ourselves, a moment before Jazz
Band and after Gym when we could look in the mirror and like it. June

and Tiffany and Janet all told me I looked pretty. We
took turns saying nice things, though we might just as likely say, Die
and go to hell. Beauty or hell. No difference. The bell would ring soon.

I did lots of unexciting running around on Thursday. I had a morning dentist appointment, and I was going to dye my hair first, but someone who shall remain nameless texted to say that he had forgotten his lunch, so instead I ran over to the high school to leave it in the office for him. (It was, at least, a pretty drive, since the crabapple trees along the school's street are in full bloom.) I had my dentist appointment in the new office with a new hygienist who went to the same high school I did, came home for lunch, took a walk, and sorted my dresser and gathered a big bag of stuff to donate.

We ate a quick dinner, dropped off Adam to see Shatner's World with friends, and went to the high school's meeting for parents of graduating seniors to warn us of Things Our Kids Had Better Remember To Do, like attending first period before the senior breakfast, completing volunteer hours before the senior banquet, swearing off drugs and alcohol before the senior prom, and going to the mandatory rehearsal before graduation. The art teachers were setting up the end-of-year art show -- photos below -- so I stuck my head in to see what the fashion class had done. Then we came home to catch up on Wednesday's Nashville concert and tonight's Elementary. 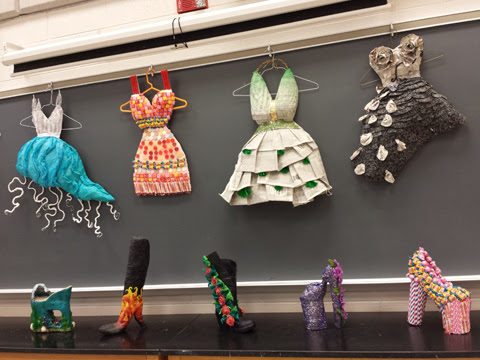 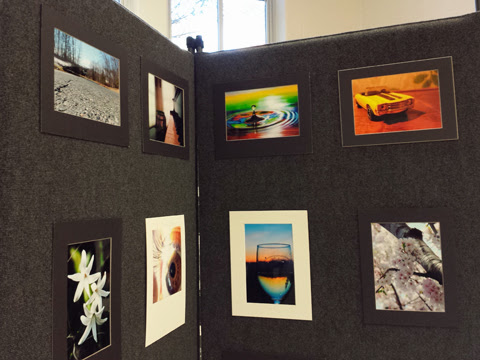 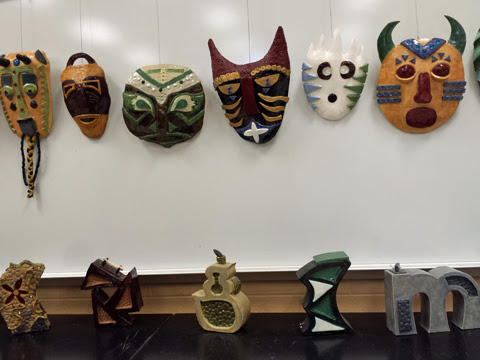 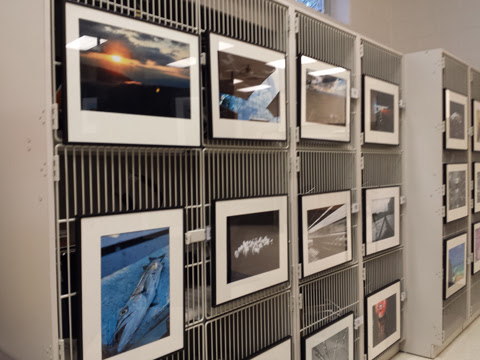 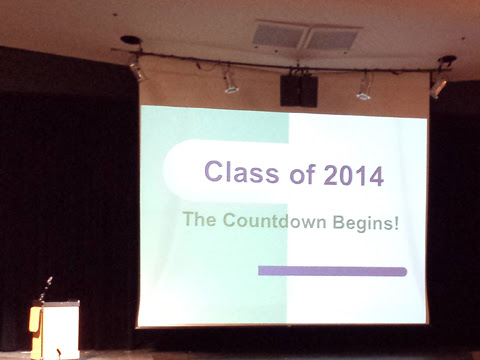 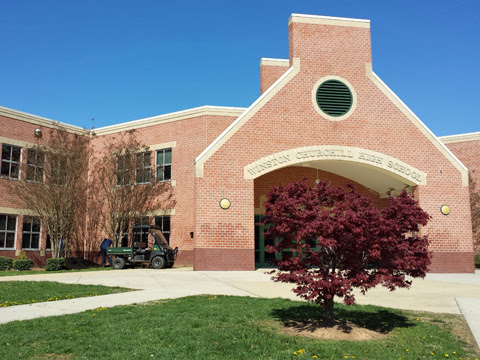