Poem for Thursday and National Zoo

The Heart of a Woman
By Georgia Douglas Johnson

The heart of a woman goes forth with the dawn,
As a lone bird, soft winging, so restlessly on,
Afar o'er life's turrets and vales does it roam
In the wake of those echoes the heart calls home.

The heart of a woman falls back with the night,
And enters some alien cage in its plight,
And tries to forget it has dreamed of the stars
While it breaks, breaks, breaks on the sheltering bars.

Wednesday was cool but gorgeous -- fine, by Tax Day we really should not have frost on the flowers and we have another freeze warning tonight, but the sun was out all day, so we went to the National Zoo to see some of the many baby animals there. The lion cubs aren't old enough to be on public display and the cheetah kittens were inside as well, but we got to see the baby panda, the tiger cubs, and lots of other animals: 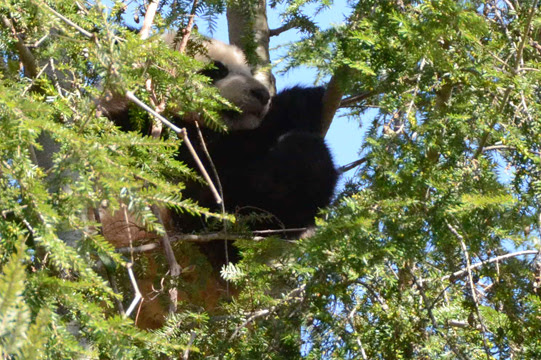 Bao Bao, the National Zoo's baby giant panda, stayed up in a tree most of the morning. 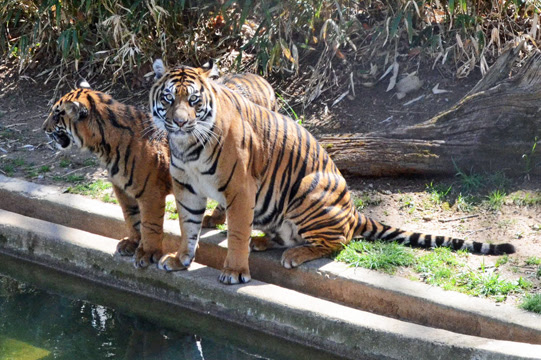 Sumatran tiger Damai with one of her two cubs, born last August. 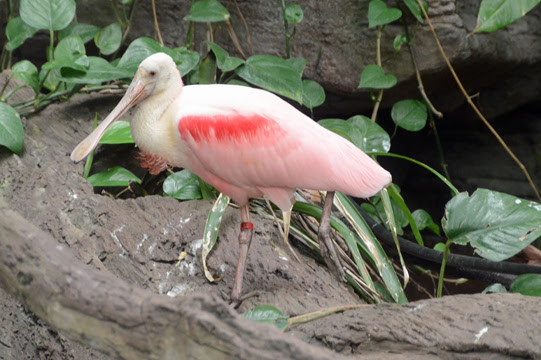 A roseate spoonbill in Amazonia. 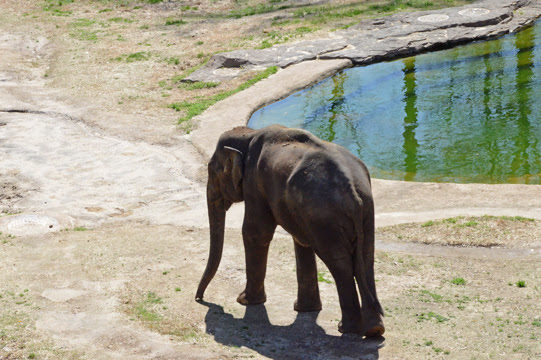 One of the elephant trail's inhabitants. 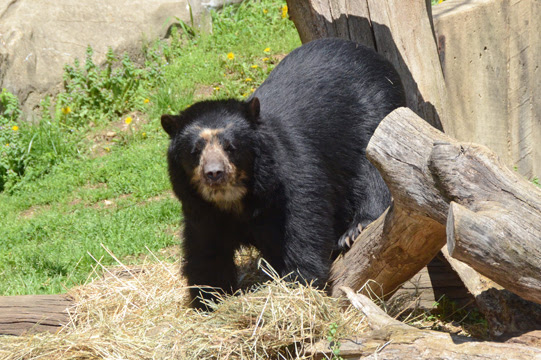 One of four sun bears (two juveniles, two adults) who currently live at the zoo. 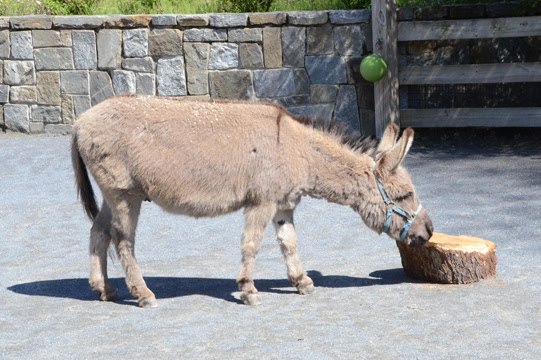 And one of the donkeys at the zoo's Kids' Farm.

We took a picnic to the zoo, which was extremely crowded by mid-afternoon. We came home, I folded laundry, Adam walked the neighbor's dog, eventually we had dinner. Then we watched The 100, where no one will be surprised to learn I find the adults more interesting than the hundred kids, and The Americans, where I was wondering what the kids were up to while the parents were up to their usual awful things!