Marriage: A Daybook
By Nicole Cooley

From the window the river rinses
the dark. I twist
the wedding beads around my neck. I've lost
my ring, silver and antique, bought from the night market
in the other world across
the ocean, color of dull lead,
color of the pan I scrub and burn
in the sink.

Catullus wrote, I hate and love, and he wasn't talking about marriage.

Not talking about the blacked-out
window crossed with hurricane tape,
like a movie screen, a page redacted,
your hand erasing a blackboard
with an eraser's soft compliant body.

Sunday was a(nother) stunningly beautiful day, temperatures in the 60s, sunny and breezy. Adam had plans to bike into DC with friends for lunch, then bike home, so since he was out most of the day, Paul and I went to Meadowlark Botanical Gardens in northern Virginia. They're famous for their cherry blossoms, which are almost all gone now, but we got to see many tulips and the first of the azaleas, plus lots of animals in the three ponds, including frogs, turtles, fish, and geese sitting on eggs. We also got to see the completed Korean Bell Garden, which has several beautiful enclosures and sculptures, plus a fountain full of tadpoles. Next week there will be many more azaleas in bloom.

But we also got crazy lucky, because unbeknownst to us, the garden's atrium -- which hosts weddings and other events -- was having an open house to display their facilities. Hence, in addition to indoor flower displays to demonstrate decorative possibilities for events there and some local vendors showing wedding rings and albums, there were free appetizers -- lots of fruit and cheese, grape leaves and hummus, strawberries with goat cheese and chocolate, stuffed mushrooms, lots of other things I can't eat since I'm a vegetarian but they obviously have many vegetarian options. Everything was delicious, including the cake from Edibles Incredible in Reston and the mix-your-own popcorn and sweets! 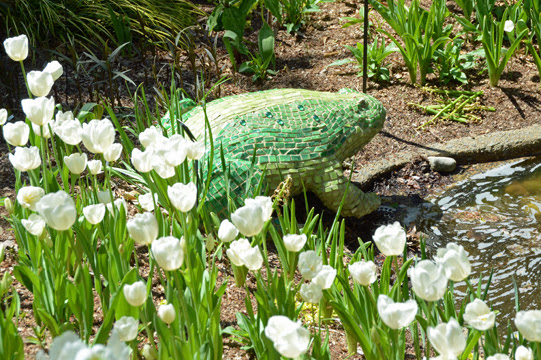 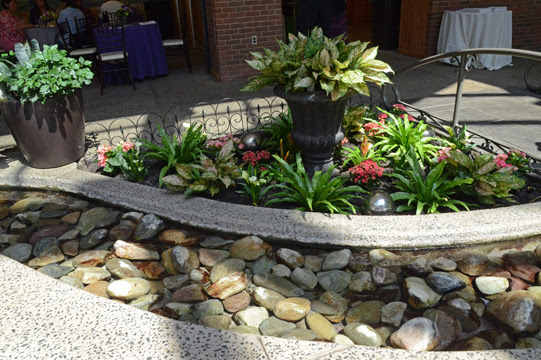 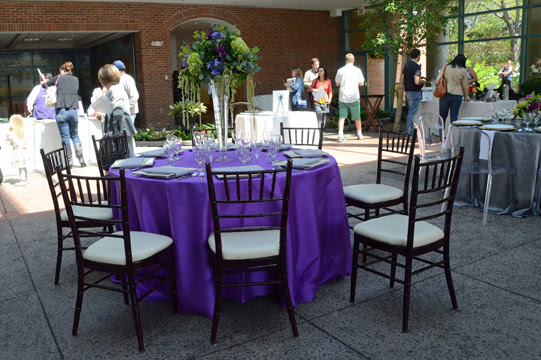 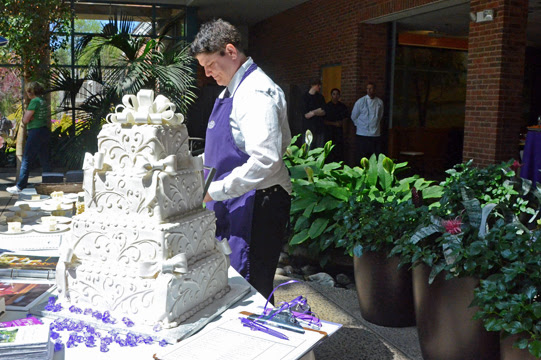 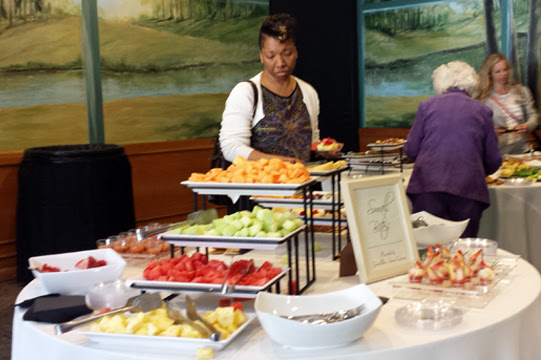 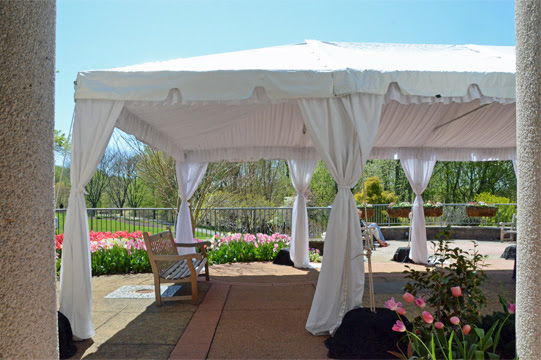 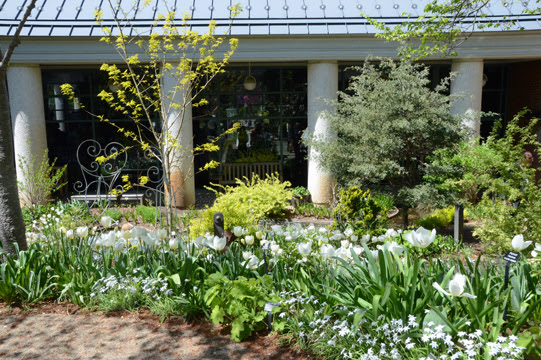 Adam got home not long after we did, having taken the Capital Crescent Trail and Beach Drive back after taking the C&O Canal towpath downtown. We had to run out after dinner to drop the car off for routine service and a stop at the food store, then we came home for Once Upon a Time, which is crappier than ever, Cosmos, which finally did an episode about neglected women of astronomy, and the second episode of BBC America's The Real History of Science Fiction, which we are enjoying so much...excellent use of material, lots of film and TV clips, lots of writers as well as actors (LeGuin! Robinson!). Now we are watching John Oliver's new show, which so far is a cross between Stewart's and Colbert's.