Poem for Wednesday and Kenwood Blossoms

The Practice
By Aaron Shurin

They mistook me for illumination — a revenant in walking shoes — so I gathered significance and spread text... stood beneath the seven cardinal points with arms upraised — practical telepathy — in a white paper suit like a flag of surrender, thunder at my back... I was an open man of the open streets — a burnished sieve of common purpose — scrawled on walls, thrashed cans and blasted caps for equivalence. I wasn't alone — the boulevards teemed with wiggly kids and mooing parents slow as boulders. In the Plaza Palabra on a green iron bench a grand senora suffered the odes of schoolboys and thugs — smiled behind an opal fan while they searched for words to match their tumultuous nights — and all words fit... In July — volubility — I hoarded cherries, catalogued their juices — were they Rainier, Blood Nut, Royal Ann, Squirrel Heart, Rosebud or Bing? —then swallowed them one by one like detonations...initiations...In a fever of taxonomy I followed a squadron of dragonflies right to the vanishing point...Incarnation is a provisional state, but stretches outward like noon. For practice, I wallowed and stretched...

We had perfectly miserable weather on Tuesday -- first it was warm and pouring rain, then it was cool and hailing, now it's just above freezing and all the local flowers may lose their heads overnight. Because of this, we worked and did chores in the house while Adam went out first with Emily to shop for Passover stuff, then with his friends for dinner and Skyping an old friend. In the afternoon we took a ride to Kenwood to see whether there were any cherry blossoms left, but the trees were turning green and the photos mostly have rain smears on the lens: 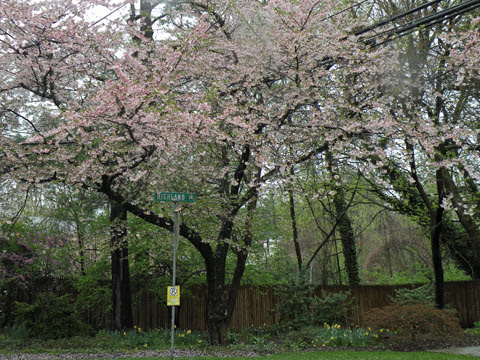 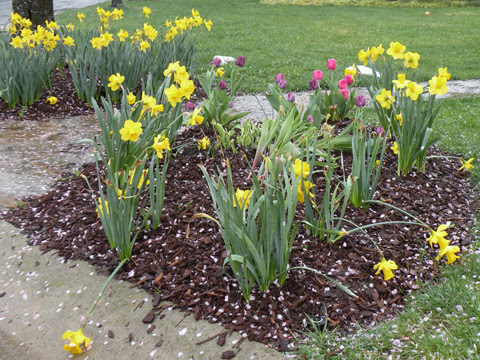 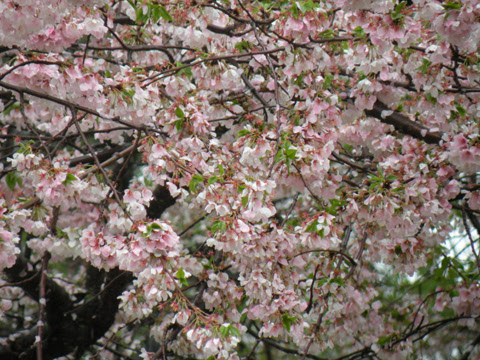 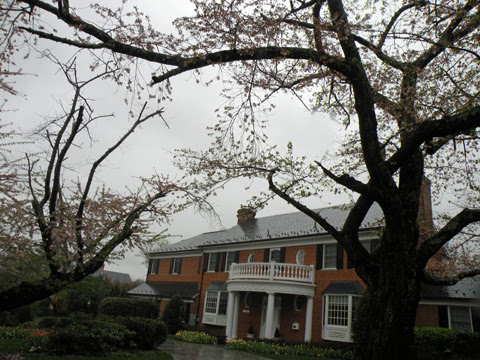 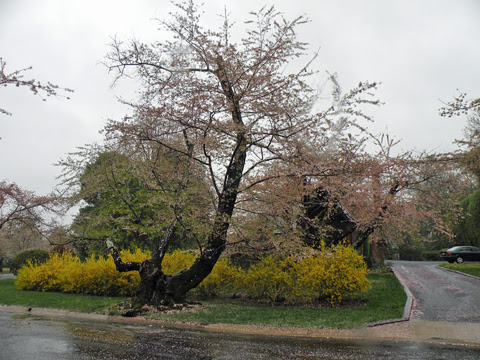 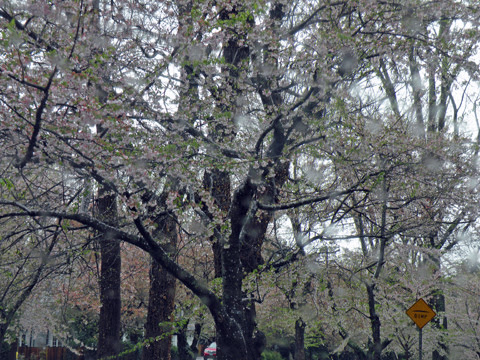 We had Yankee pot roast for dinner (well, the vegetarian Pareve kind) since Paul thought it was Patriots' Day, then we watched this week's Agents of SHIELD which I would like so much better if 1) Ward or Simmons could play more than one emotion each, 2) May would actually get to do more of the things, and 3) everyone would STFU about the Special Specialness of Skye, it's Whedon Perky Girl syndrome all over again, we get told how special she is while she does things that would only be considered basic competence if an older character did it, except "older" never means women, it means male mentor figures. It's so sad that Dallas's women hold my interest more.