My townspeople, beyond in the great world,
are many with whom it were far more
profitable for me to live than here with you.
These whirr about me calling, calling!
and for my own part I answer them, loud as I can,
but they, being free, pass!
I remain! Therefore, listen!
For you will not soon have another singer.

First I say this: you have seen
the strange birds, have you not, that sometimes
rest upon our river in winter?
Let them cause you to think well then of the storms
that drive many to shelter. These things
do not happen without reason.

And the next thing I say is this:
I saw an eagle once circling against the clouds
over one of our principal churches --
Easter, it was -- a beautiful day!
three gulls came from above the river
and crossed slowly seaward!
Oh, I know you have your own hymns, I have heard them—
and because I knew they invoked some great protector
I could not be angry with you, no matter
how much they outraged true music—

You see, it is not necessary for us to leap at each other,
and, as I told you, in the end
the gulls moved seaward very quietly.

We're watching The Ten Commandments, though I have to confess that since the first time I saw Prince of Egypt, the kids' animated musical which humanizes the characters so much more effectively, seeing Charlton Heston triumph over the far more interesting Yul Brynner has not done much for me. It's after 11:30 and they've only just gotten to the Golden Calf. We missed the beginning because we were watching Ghost Rider since Adam wanted to see Nic Cage as a superhero; I have never seen it before and it is pretty cracked, though fairly entertaining.

Earlier, while Adam was out with his friends having lunch and shopping for prom clothes, we stopped at Petco for kitty litter and went to Brookside Gardens. A lot of Wheaton Regional Park is under construction, including the Japanese garden and the visitor center, but there is lots in bloom, including daffodils along the woods path, tulips all through the lower gardens, and many flowers in the greenhouse. We saw geese building a nest, several species of turtles, a few frogs, robins, squirrels, songbirds, and a bunny moving in and out of the daffodils. 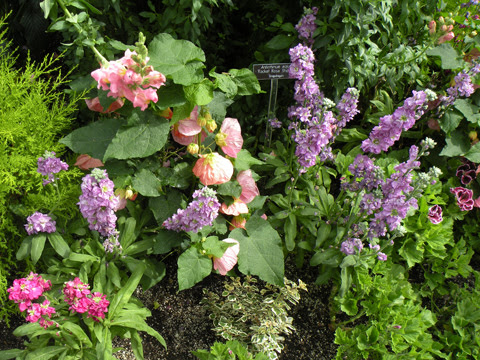 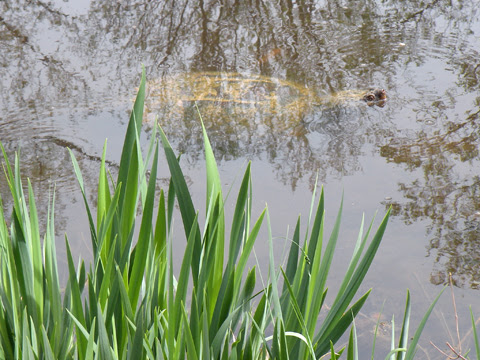 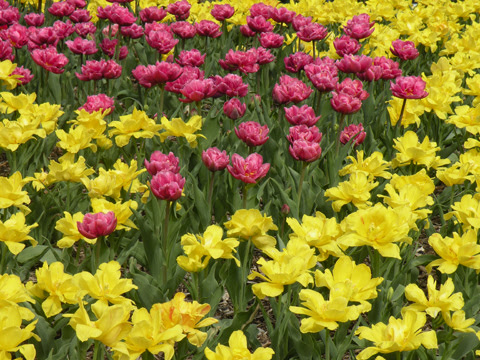 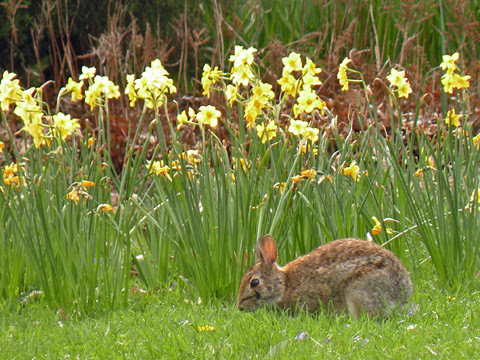 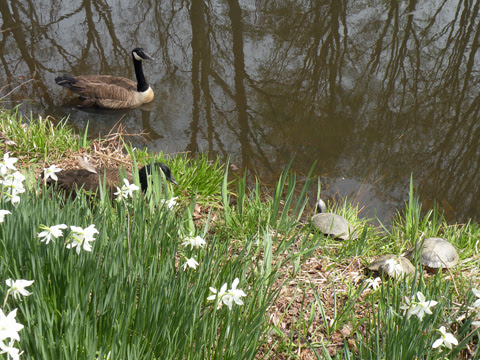 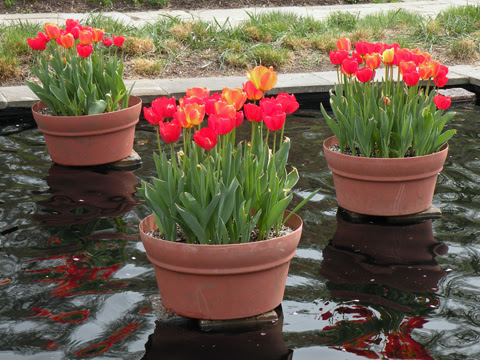 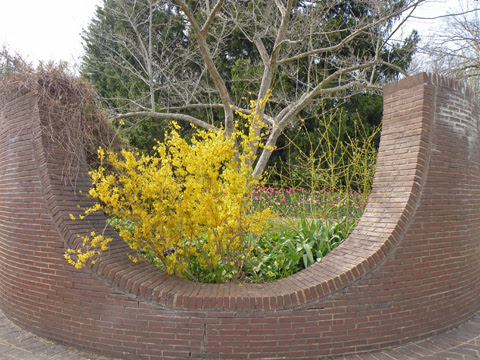 Happy Easter if you celebrate!