Poem for Saturday, You Are Cordially Invited, Promposal & Track

Listen! a frog
Jumping into the stillness
Of an ancient pond!

This is one of 31 translations of the famous Japanese poem here.

Extreme quickie as we were out this evening first at the Friday Night Spikes track meet at Adam's school -- a competition with another local high school and a DC school -- then driving to College Park to pick up Daniel who is home for the weekend, back there for classes Monday, then home again on Monday evening for Passover with all four grandparents. Earlier I wrote a review of DS9's "You Are Cordially Invited" and did various organizing chores for spring.

After we got home, we watched Darren Aronofsky's Pi, which a friend had reminded me I wanted to show Daniel since it's about math and madness plus bonus Kabbalah. I can follow the Hebrew letter numerological theory but not the math itself; still, the acting is excellent and it's really interestingly filmed with a tiny budget. Since Adam had a far more exciting day than I did, here he is at the track meet and earlier, during lunch at school, when he asked Emily to go to the prom with him: 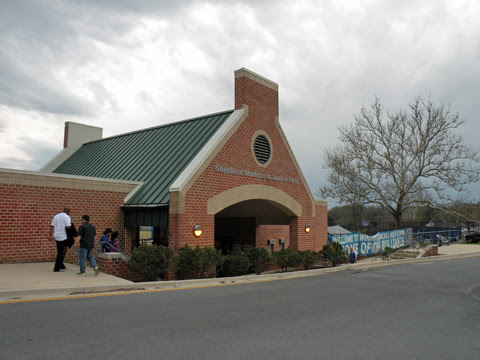 Adam had a busy day right here. First he climbed up (against school rules!) for a promposal: 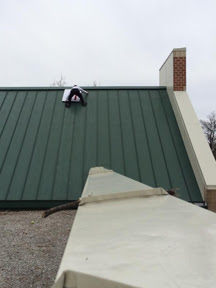 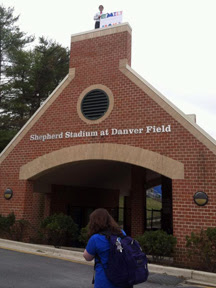 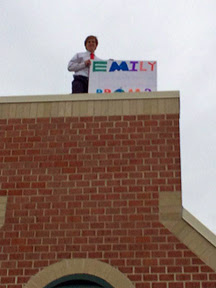 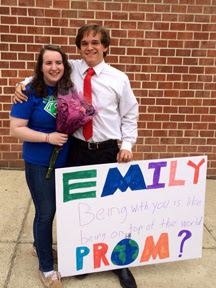 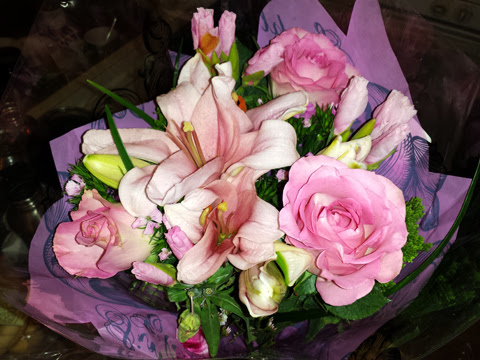 Here is a closer look at the flowers before he gave them to Emily. 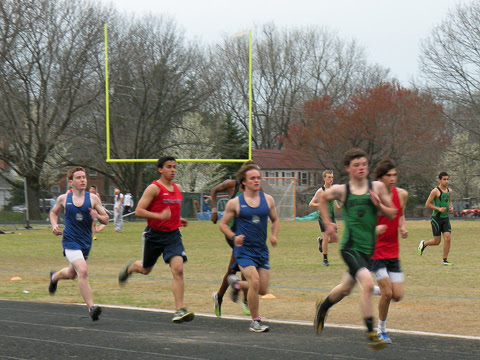 In the evening we went back to school with him for the Friday Night Spikes track meet. 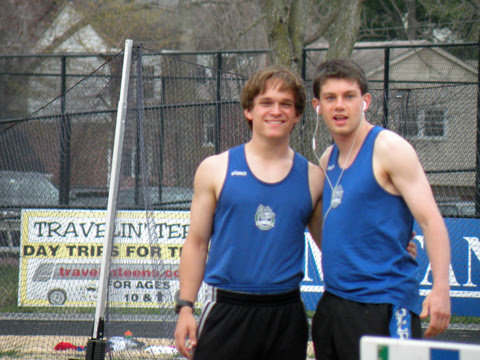 Here he is with the friend who took the promposal photos. 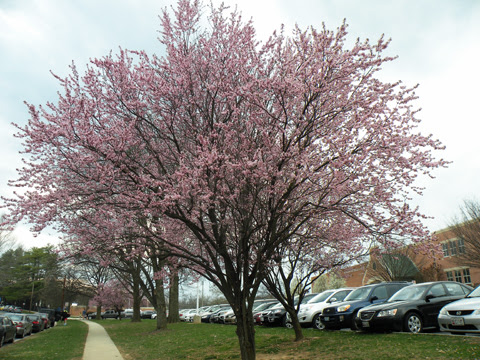 It rained midway through the meet, but it was warm and spring was in the air.