Halloween greetings! We had a very full day: we carved the pumpkin, I roasted (and burned) the pumpkin seeds, we put boxes of books and records in the van and dropped them off at the library book sale, we drove to nearby Brookside Gardens and walked around in the conservatory (to see the chrysanthemums) and by the lakes (to see the geese, turtles, heron, ducks, and autumn leaves). Then we came home for the neighborhood party, where there was pizza and lots of people in costume for the parade. 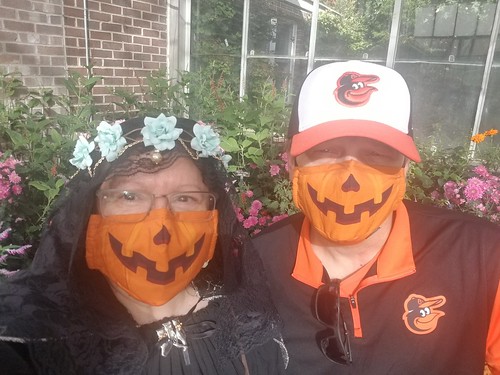 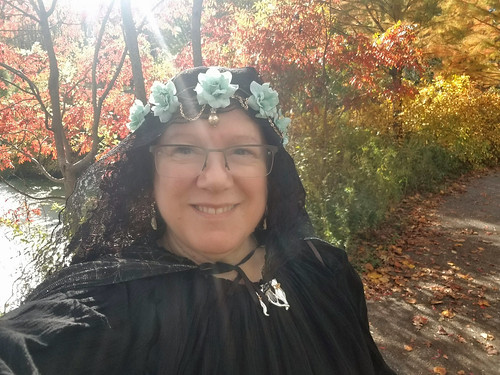 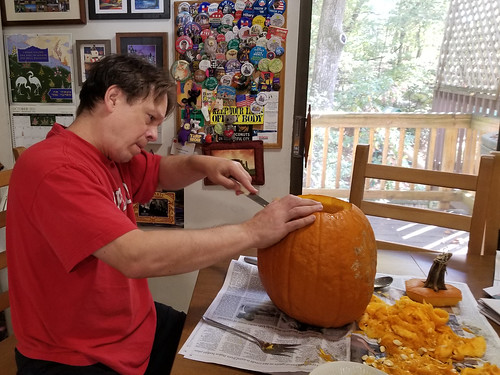 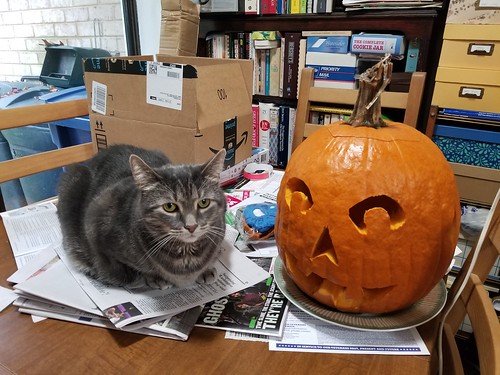 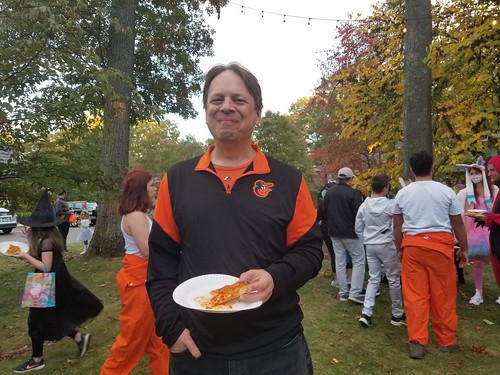 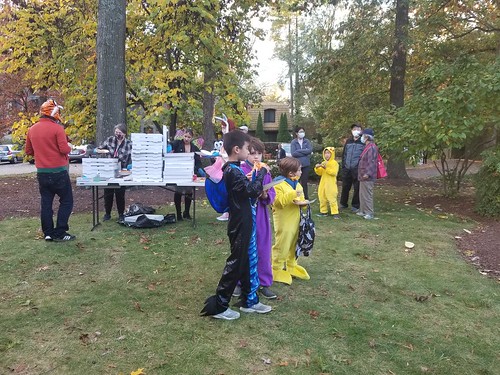 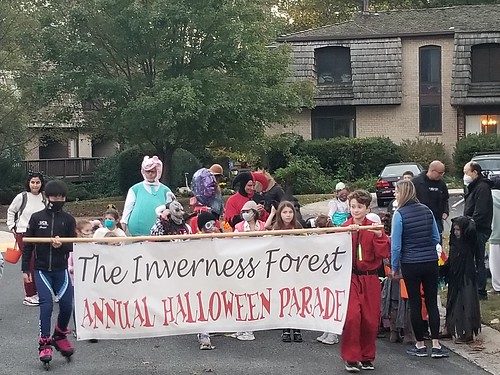 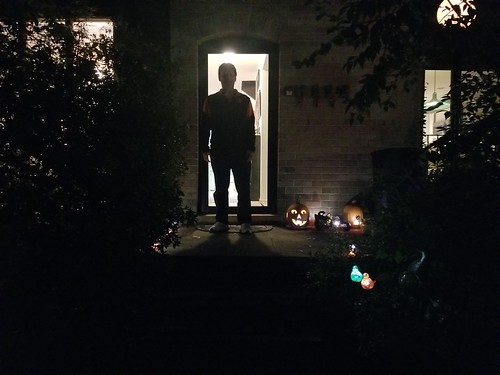 We didn't have as many trick-or-treaters as a few years ago, but we had a lot more than last year! After the groups of kids stopped coming, we watched the Doctor Who season premiere, which I enjoyed mostly because I like the actors; the writing has just not been engaging me for the past few seasons, though hopefully this will be a tighter storyline. I can't stand watching World Series games with Atlanta fans chanting, and I didn't want to root for Dallas or the Vikings with their anti-vax quarterback.