Sunday was a chilly but beautiful day, so after a morning of chores so we wouldn't have to get all the trash and recycling sorted in the evening, we went to Huntley Meadows near Alexandria. It's too late in the season to see turtles and frogs, but we saw several herons, many ducks, and lots of evidence of busy beavers -- they have built dams that flooded a section of the woods since we were there last year. It was overcast when we arrived, but we had blue sky by the time we left, with lots of crows cawing in it. 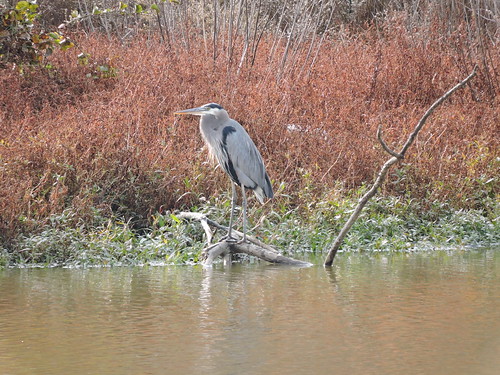 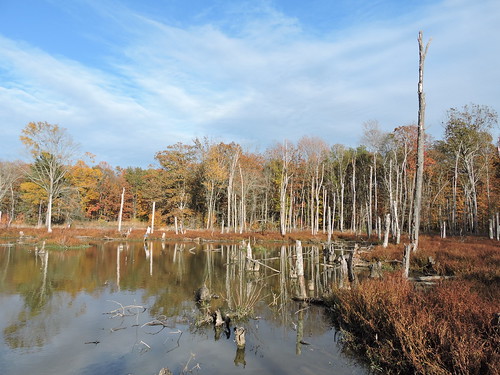 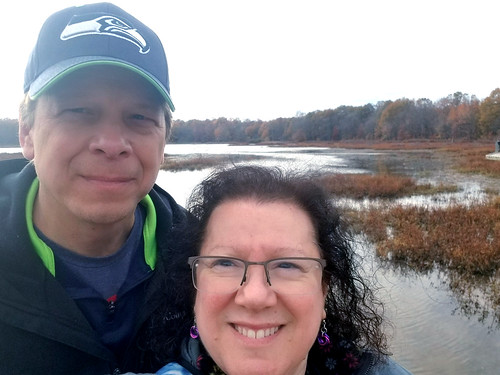 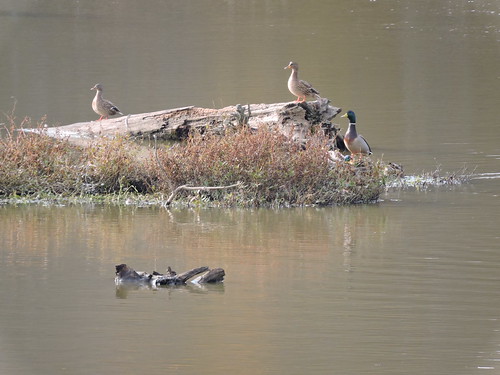 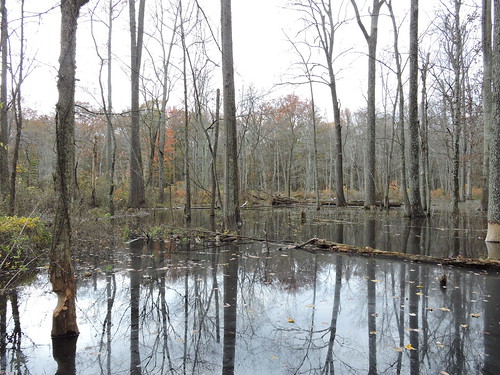 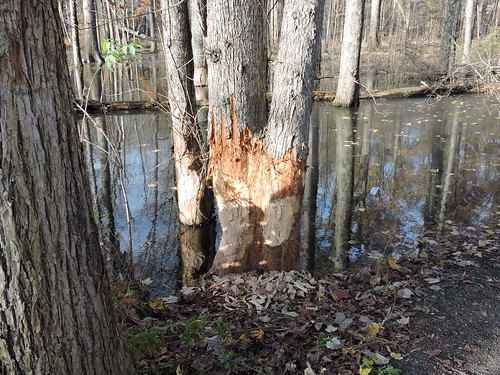 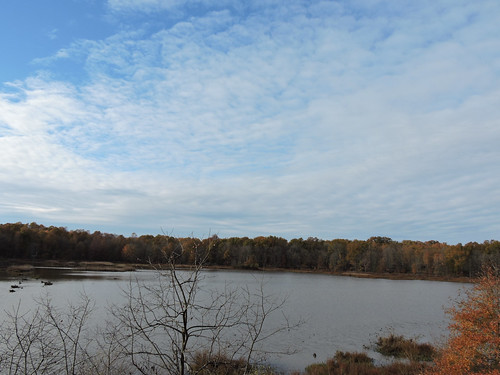 We had to stop at Giant and Home Depot on the way back to get stuff for when the kids are here next week, so we had dinner on the late side, just in time for Doctor Who, which seems to be better written than last season but is not really holding my attention for some reason. We also watched some of the Kansas City-Raiders game, because the Seahawks game was a total disappointment and we were in shock about the Washington-Tampa Bay result. We talked briefly to the kids too just to coordinate shopping for their visit!