Poem for Tuesday and Cox Pumpkins

The Pumpkin
By John Greenleaf Whittier

Oh, greenly and fair in the lands of the sun,
The vines of the gourd and the rich melon run,
And the rock and the tree and the cottage enfold,
With broad leaves all greenness and blossoms all gold,
Like that which o'er Nineveh's prophet once grew,
While he waited to know that his warning was true,
And longed for the storm-cloud, and listened in vain
For the rush of the whirlwind and red fire-rain.

On the banks of the Xenil the dark Spanish maiden
Comes up with the fruit of the tangled vine laden;
And the Creole of Cuba laughs out to behold
Through orange-leaves shining the broad spheres of gold;
Yet with dearer delight from his home in the North,
On the fields of his harvest the Yankee looks forth,
Where crook-necks are coiling and yellow fruit shines,
And the sun of September melts down on his vines.

Ah! on Thanksgiving day, when from East and from West,
From North and from South comes the pilgrim and guest;
When the gray-haired New Englander sees round his board
The old broken links of affection restored,
When the care-wearied man seeks his mother once more,
And the worn matron smiles where the girl smiled before,
What moistens the lip and what brightens the eye?
What calls back the past, like the rich Pumpkin pie?

Oh, fruit loved of boyhood! the old days recalling,
When wood-grapes were purpling and brown nuts were falling!
When wild, ugly faces we carved in its skin,
Glaring out through the dark with a candle within!
When we laughed round the corn-heap, with hearts all in tune,
Our chair a broad pumpkin,—our lantern the moon,
Telling tales of the fairy who travelled like steam
In a pumpkin-shell coach, with two rats for her team!

Then thanks for thy present! none sweeter or better
E'er smoked from an oven or circled a platter!
Fairer hands never wrought at a pastry more fine,
Brighter eyes never watched o'er its baking, than thine!
And the prayer, which my mouth is too full to express,
Swells my heart that thy shadow may never be less,
That the days of thy lot may be lengthened below,
And the fame of thy worth like a pumpkin-vine grow,
And thy life be as sweet, and its last sunset sky
Golden-tinted and fair as thy own Pumpkin pie!

My Monday was, well, a Monday -- quite a bit of laundry and cleaning, lots of uploading photos from the weekend and last week. I started catching up on news from the weekend, since I missed most of it out enjoying the weather, but I've been so pissed off at how things are being covered both on major news sites and on social media that that did not last long and I read my book instead.

We took an early walk because of the time change and were surprised to see an owl in the trees! I tried to get photos but it flew away every time I got close. We had faux chicken for dinner and watched Antiques Roadshow, then the Succession we missed last night because Doctor Who ran long, and then the miserable end of the Bears-Steelers game. Pumpkins at Cox Farms during the festival: 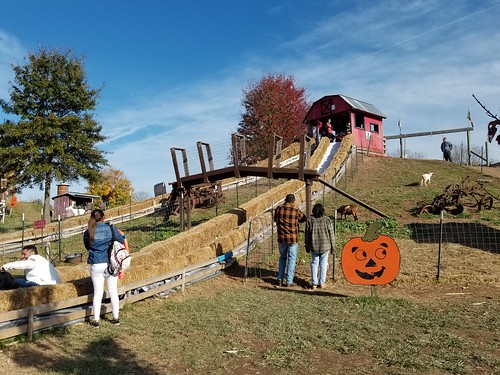 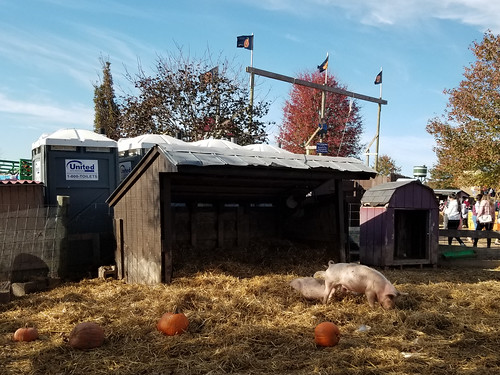 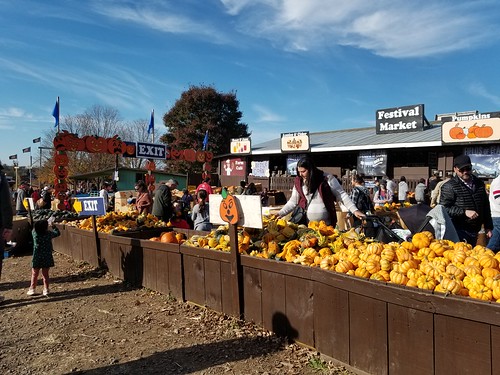 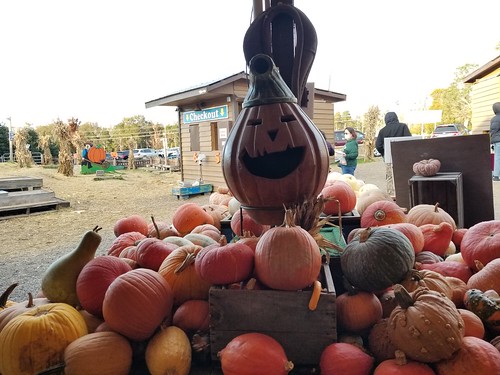 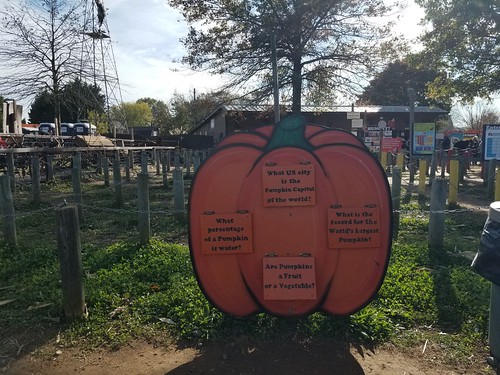 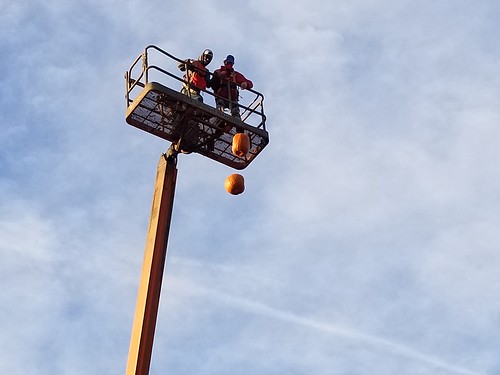 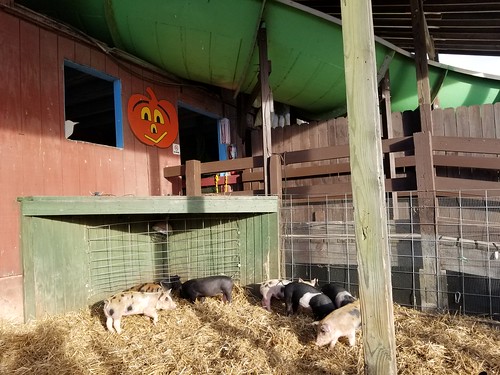 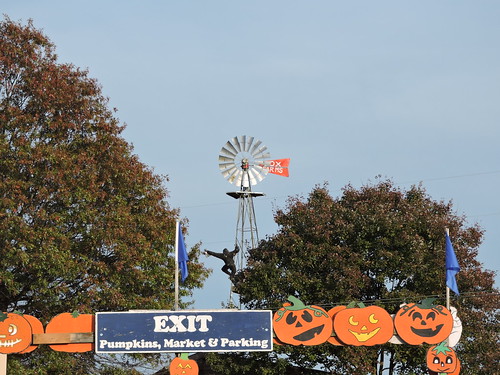