Poem for Friday and Sports Sculpture

Quickie, was talking to Paul's brother Jon on the phone about visiting their parents and Daniel via messenger about changes to his flight itinerary, plus had chat tonight with fannish friends and had someone come by to pick up a bunch of 19th century books by and about African-American women, so am running late. Not much exciting to report anyway: gorgeous warm day, happy birds and squirrels, then some late rain and a nice view of the Beaver Moon though it may be too overcast to see the lunar eclipse even if we're awake in the middle of the night. Saw a bit of the Patriots game but had a lot else going on. Have some sports statues from Grass Lawn Park in Redmond: 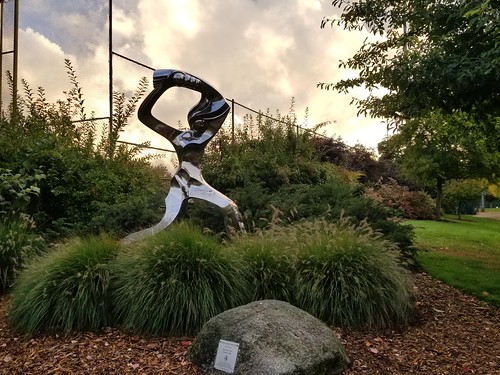 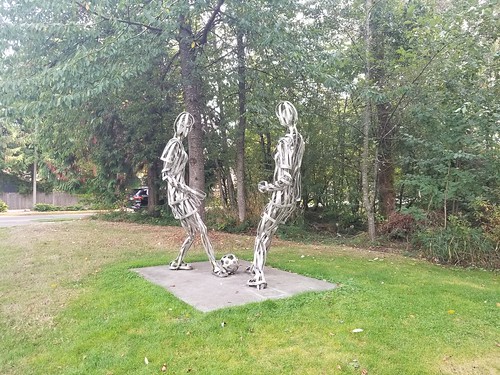 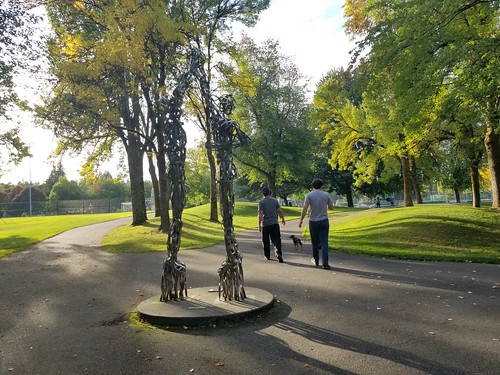