I had a delightful Sunday, mostly in Virginia, where we met Cheryl at the Burger King in Fair Lakes for Impossible Whoppers, then we went to the last day of the Pumpkin Madness festival at Cox Farms in Centreville, the end of their harvest season. Lots of kids come to the farm to go on the many slides and rope swings, but our major points of interest were the animals, the new woods walk, and Foamhenge, the full-size Stonehenge replica made of styrofoam that used to be in Natural Bridge! 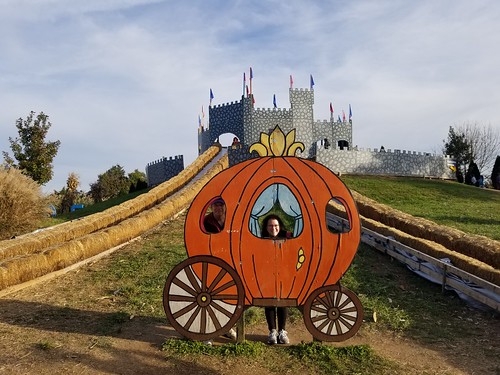 Paul and myself at Cinderella's castle in a pumpkin coach 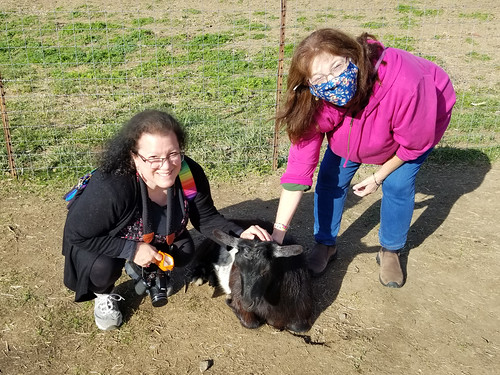 Cheryl and myself petting goats 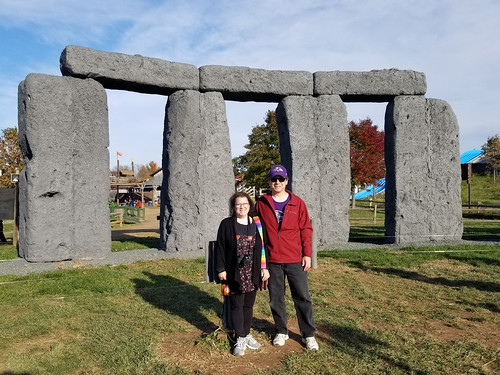 With Paul inside the circle at Foamhenge (where the demons dwell) 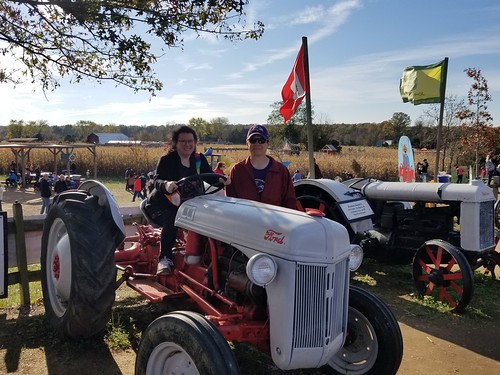 Testing one of the ancient Fords in the tractor museum 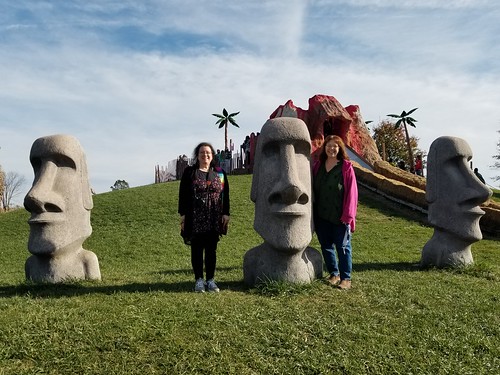 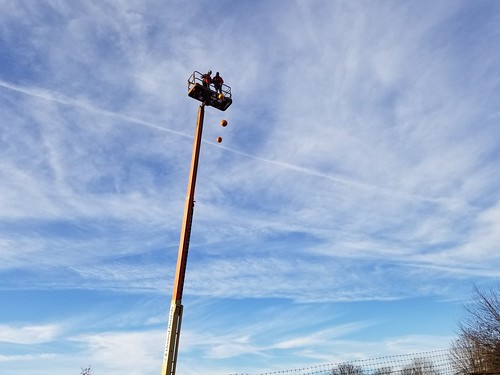 During the last weekend of the fall festival, following Halloween, leftover pumpkins are dropped from a crane and smashed 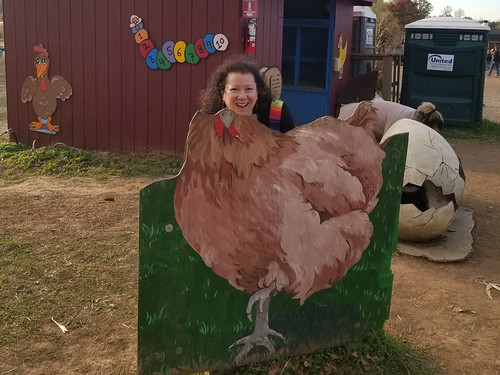 Another of the very tasteful decorations, like Wizard of Oz characters and famous paintings, in which one can pose 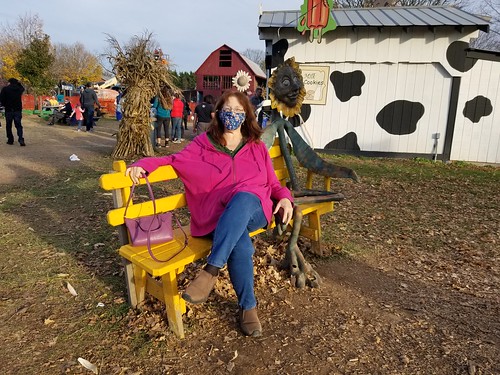 We drove home beneath a lovely sunset through Vienna and Tysons Corner because parts of I-66 were closed for construction, stopping at Giant to get cat food, cat litter, and one or two things for humans as well. Since it was chilly and we'd had a big lunch, we had soup and mac-and-cheese balls for dinner. Then we watched this week's Doctor Who, followed by some delightful first season Ted Lasso because we'd missed the craziest football games of the day already (see, the Ravens play better when I miss their overtime).

Posted by littlereview at 1:23 AM