Poem for Friday and Dinosaur Land

If I Had A Brontosaurus
By Shel Silverstein

If I had a brontosaurus
I would name him Morris or Horace;
But if suddenly one day he had a lot of little brontosauri
I would change his name to Laurie.

My morning and most of my afternoon involved unexciting work and chores -- it's hard to explain why I like "Rise" when it's mostly in comparison to "Unity" and "Darkling" -- but in the afternoon we decided to beat the predicted thunderstorms and go to Olney to pick up Evita tickets that we had to get at the box office to get a big discount. Since we were up there, we went to Roots Market, which is fantastic -- like merging the best of MOMs, Trader Joe's, Whole Foods, and our local mostly-all-organic co-op. So after much more shopping than we'd intended, plus a stop at CVS, we came home with everything from theater tickets to vegan pepper steak.

Because it was Bloomsday, we'd had gorgonzola sandwiches for lunch and we had Guinness (faux) beef stew for dinner (plus Bailey's because why not). The thunderstorms arrived and our power went out for a few minutes, though we managed to see all of Beauty and the Beast and most of Orphan Black's season finale (very glad it's coming back for another season, kind of relieved it's just one more season so they won't have time to ruin what's been a really excellent show). Now Jeff Goldblum and Liam Hemsworth are having too much fun on Graham Norton, and here are myself, Paul, and Cheryl having too much fun at Dinosaur Land: 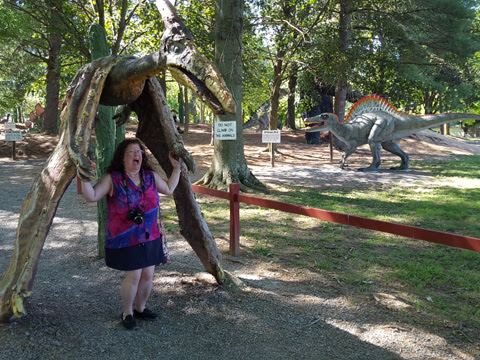 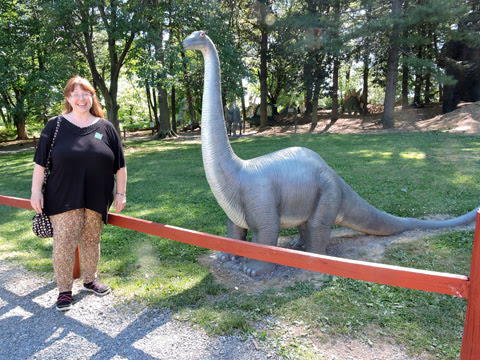 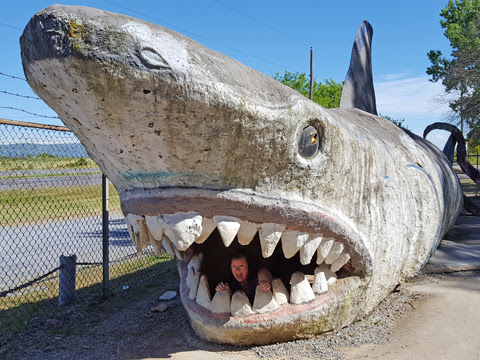 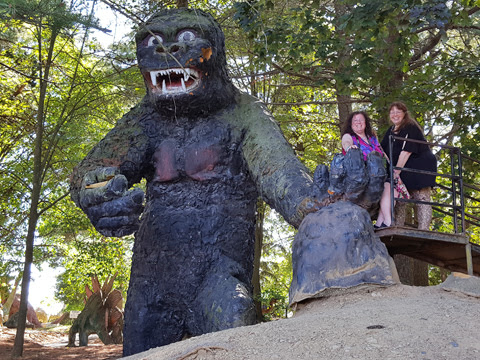 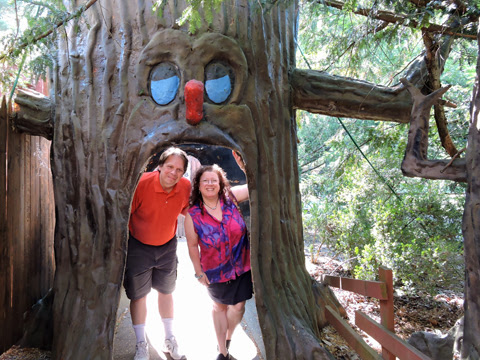 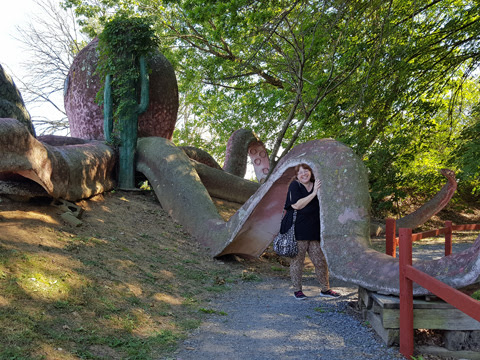 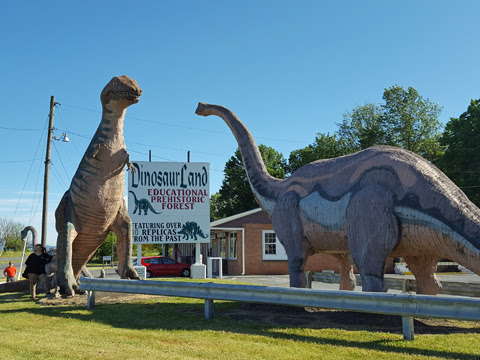 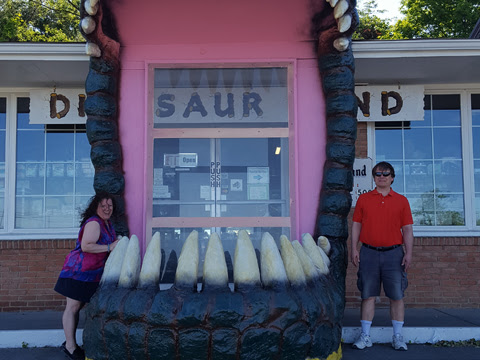