We spent Father's Day in Hanover with Paul's parents, arriving later than we planned because a terrible accident had 3/4 of I-270 closed but getting there in plenty of time to go out to lunch at the very good Lu Hibachi Buffet, which in addition to a huge buffet has a wonderful make-your-own-noodles bar (I had teriyaki noodles with eggs, water chestnuts, and pineapple). We also brought blueberry pie, plus strawberry rhubarb jam and marzipan since those are among Clair's favorites. After we ate, we talked to David's entire family including Maddy (and her other grandfather) who's currently in New Mexico and Noelle who was visiting David, Maria, Lukas, Jamie, and Rafael, then we talked to Daniel and Adam in Seattle and Texas. 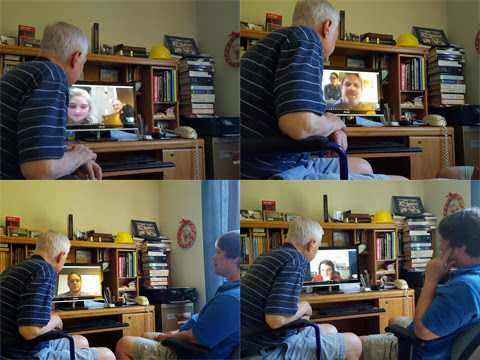 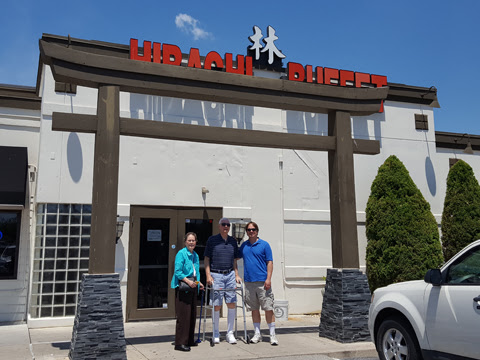 There was some traffic going home but not nearly as bad as heading up. We were so full from lunch that we mostly grazed for dinner while watching the quite satisfying Vicious series finale, the third season premiere of Endeavour which is like a glorious contemporary mash-up of The Great Gatsby and The Prestige, and the first episode of The Tunnel, which may end up being too violent for me but we were curious about it because of the cast and because the Danish/Swedish series on which the British/French series is based got very good reviews -- I think it ran already in the UK but I was afraid of spoilers. I'm very sad about Anton Yelchin, but wishing everyone a happy full moon solstice.