From a talk I had lately with a German spiritualist.

Nothing is ever really lost, or can be lost,
No birth, identity, form—no object of the world.
Nor life, nor force, nor any visible thing;
Appearance must not foil, nor shifted sphere confuse thy brain.
Ample are time and space—ample the fields of Nature.
The body, sluggish, aged, cold—the embers left from earlier fires,
The light in the eye grown dim, shall duly flame again;
The sun now low in the west rises for mornings and for noons continual;
To frozen clods ever the spring's invisible law returns,
With grass and flowers and summer fruits and corn.

I had a fairly fun Friday! Christine didn't have to work, so she came over and we watched The Notebook, which believe it or not I've never seen. I'm not big on weepies or Nicholas Sparks, but I knew the plot, the fact that Gena Rowlands and Rachel McAdams were in the movie, and that I was probably missing out on pop culture references because I'd never seen it; somehow I did not know that Nick Cassavetes had directed it, which may explain why I liked it much better than I expected, at least until it went on for fifteen minutes too long with that manipulative, contrived ending.

Since Christine had time, we also watched Eddie the Eagle since she hadn't seen it and went for a walk to see bunnies (3). In case you're thinking that I did no work at all, I did post my review of Voyager's "Rise" and did a bunch of work in older son's room to clean out the clutter, though Paul had the harder job trying to reinstall a screen the neighborhood association made us take off because it had white trim (it now has black sharpie trim and doesn't fit quite right). Here are goslings we saw while moving Adam out of College Park at the end of the spring semester: 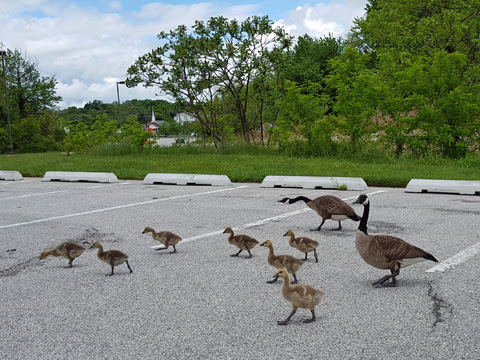 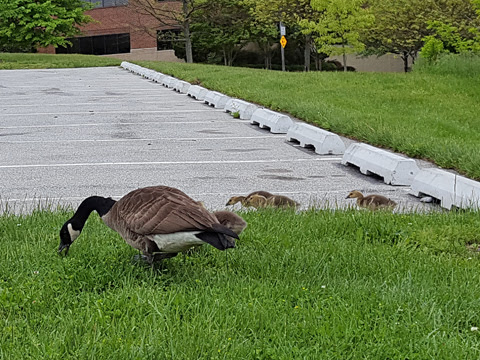 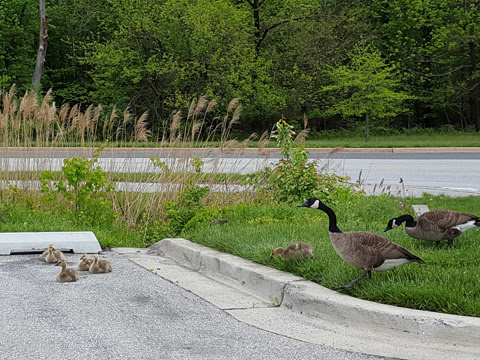 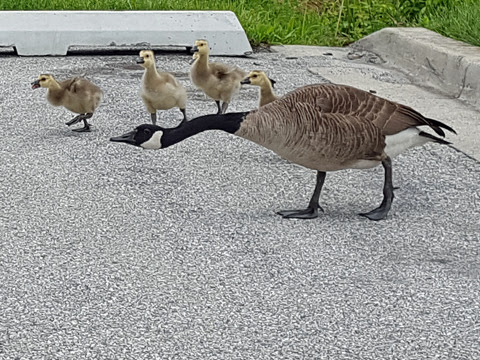 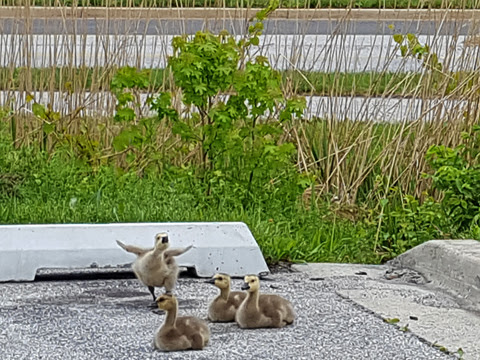 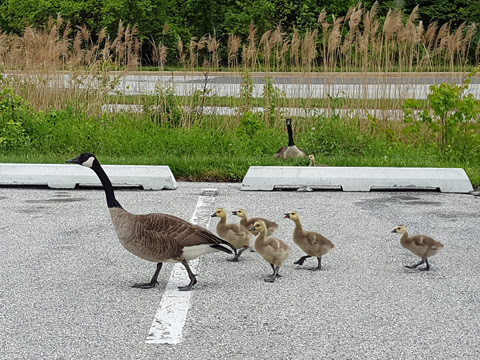 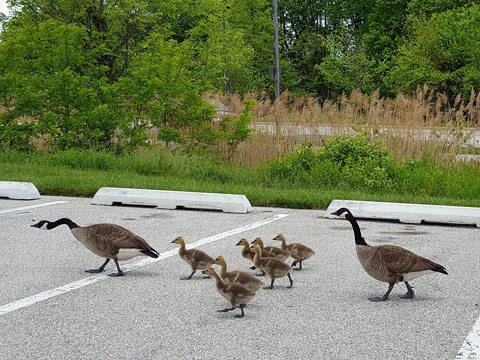